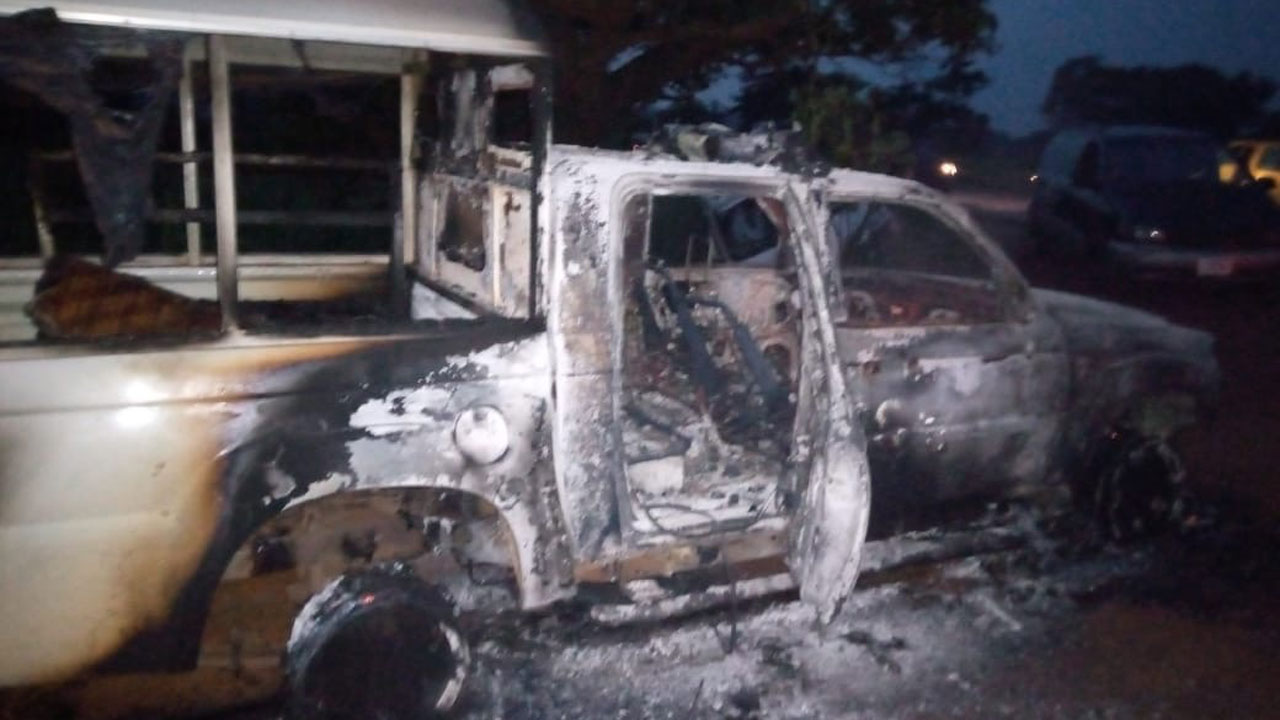 No fewer than four policemen and some unidentified persons were reportedly shot dead by unknown gunmen on Wednesday night in a renewed attack in Enugu.

The attack occurred at a checkpoint in Obeagu-Amechi community in Enugu South Local Government Area.

Apart from security operatives, The Guardian learnt that some residents and passers-by, who ran into the incident, were either killed or wounded by stray bullets in the gun duel between policemen and the gunmen.

Sources said there were casualties on both sides, even as a patrol van belonging to the police was razed.

The Guardian gathered that the attack, which started about 6:30p.m. on Wednesday at a busy spot at Mmiri Ocha Amodu, lasted till 8.30p.m. 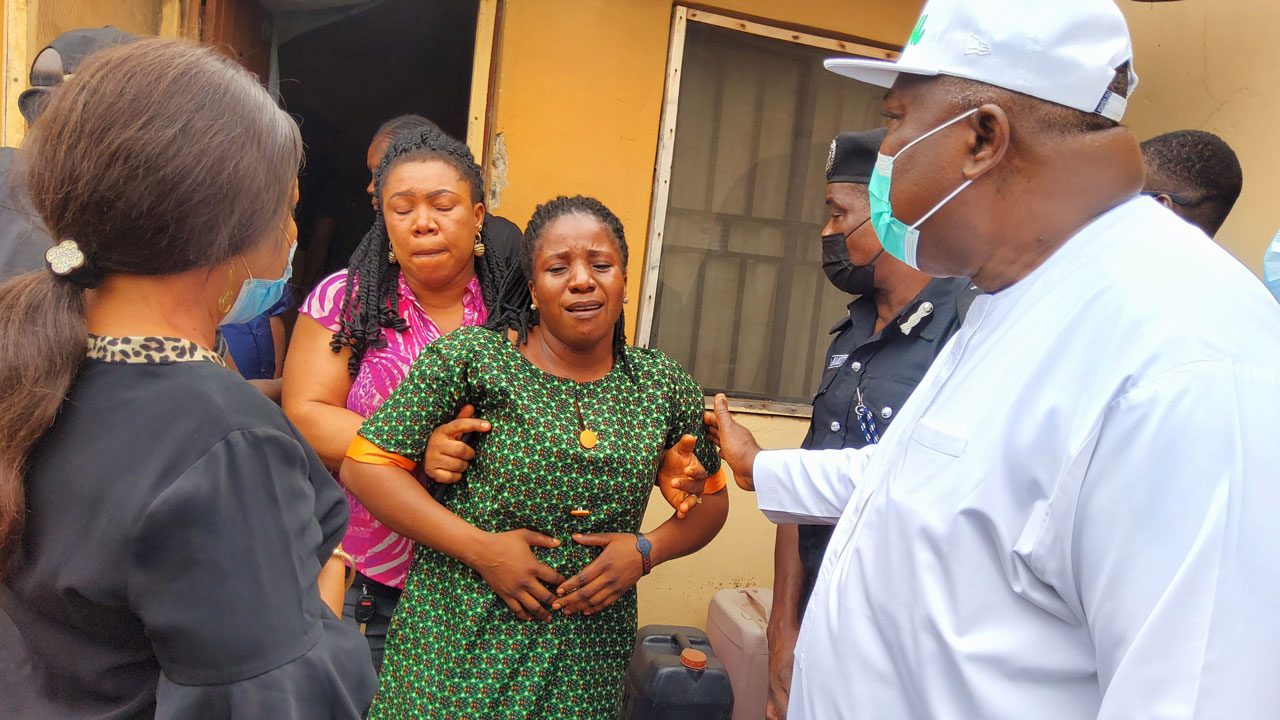 Governor Ifeanyi Ugwuanyi of Enugu State (right) consoling the wife of one of the slain police officers by yet-to-be identified gunmen, Mrs. Janet Okuma (middle), at her residence, at Ugbo Odogwu, off Trans Ekulu, Enugu, Yesterday. With him on the left is the Commissioner for Special Duties, Hon. Mrs. Mabel Agbo.

A source said four policemen, a pastor and a neighbourhood watch officer were among the dead taken to the University of Nigeria Teaching Hospital (UNTH), Ituku-Ozalla morgue.

“The gun battle was heavy. The entire area was thrown into confusion as everyone within the scene scampered to safety. We have not experienced this kind of incident in this area. It happened along Obeagu-Amechi Road to Agbani Nkanu a few kilometres from Enugu State capital,” the source told The Guardian.

It was also gathered that operatives of Amagunze police division, who were promptly alerted, laid an ambush for the fleeing gunmen and killed some of them.

Police spokesman in Enugu, Mr. Daniel Ndukwe, confirmed the incident but stated that “information on the shooting in the evening of 21/07/2021, where police operatives were allegedly attacked by yet-to-be identified gunmen at checkpoints in Obeagu-Amechi in Enugu South LGA and Amagunze in Nkanu East LGA, is still sketchy.”

He said preliminary investigations had commenced and assured that further development would be communicated.

Recall that Governor Ifeanyi Ugwuanyi had convened a security council meeting following the death of the Managing Director of Scientific Equipment Development Institute (SEDI), Prof. Samuel Ndubuisi, who was killed on July 6, on the Enugu–Port Harcourt Highway on his way home after work and the Managing Director of an Enugu-based AutoEase Service Limited, Mr. Ifeanyi Okeke.

The governor also led security chiefs after the meeting to Obeagu/Amodu boundaries, believed to provide easy escape for the hoodlums after an attack.