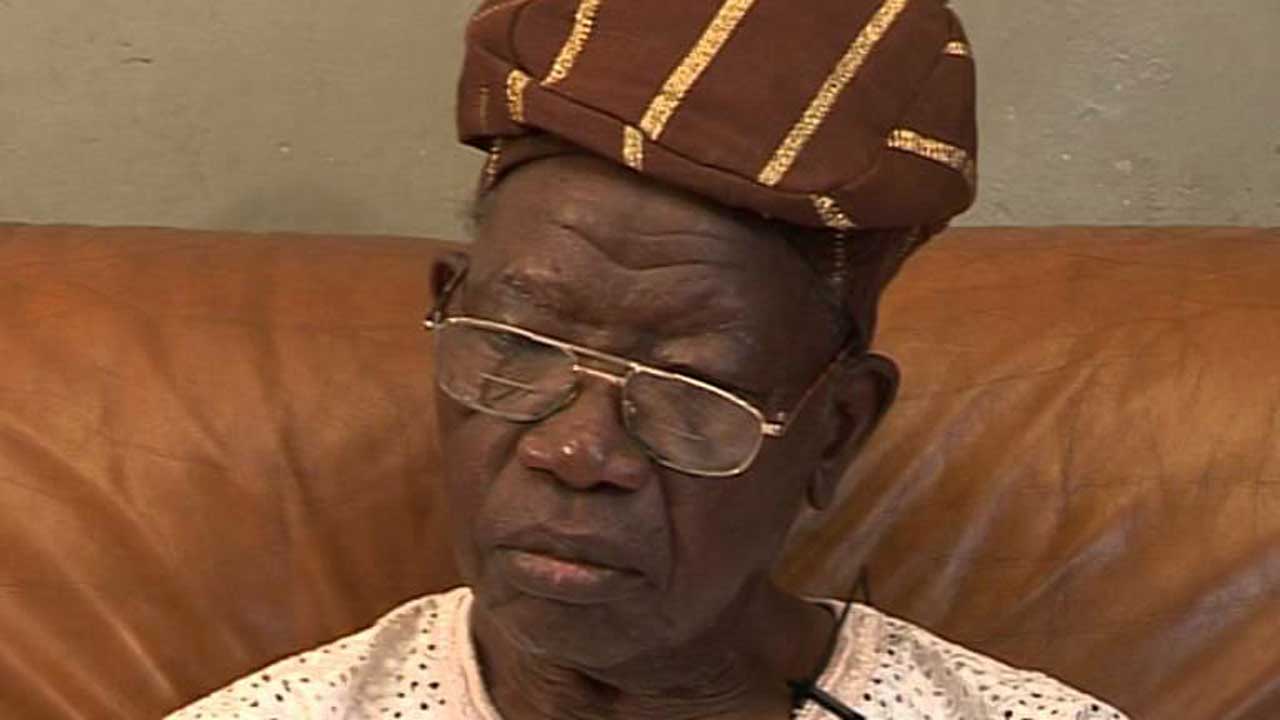 Jakande was governor of Lagos State from 1979 to 1983, and later was Minister of Works under the Sani Abacha military regime between 1993–1998.

“With gratitude to God for a worthy life well spent in the service of Lagos State, Nigeria and humanity, I announce the death of a venerable statesman, outstanding politician, public administrator and the first Civilian Governor of Lagos State, Alhaji Lateef Kayode Jakande,” Sanwo-Olu tweeted on Thursday.

Sanwo-Olu said Jakande’s record of service as a journalist of repute and a leader of remarkable achievements as governor of Lagos State will remain indelible for generations to come.

“His death is a collosal loss and he will be missed,” Sanwo-Olu said.

“On behalf of the Government and people of Lagos State, I want to express my sincere and heartfelt condolences to the family, friends and comrades of Baba Jakande.”

“My sincere condolences to the government of Lagos state and the immediate family of Pa. Lateef Kayode Jakande over the loss of their patriarch,” Dankwambo tweeted.

Dankwambo described Jakande as an exceptional leader, a true patriot and statesman who dedicated his long and distinguished life to promoting peace.