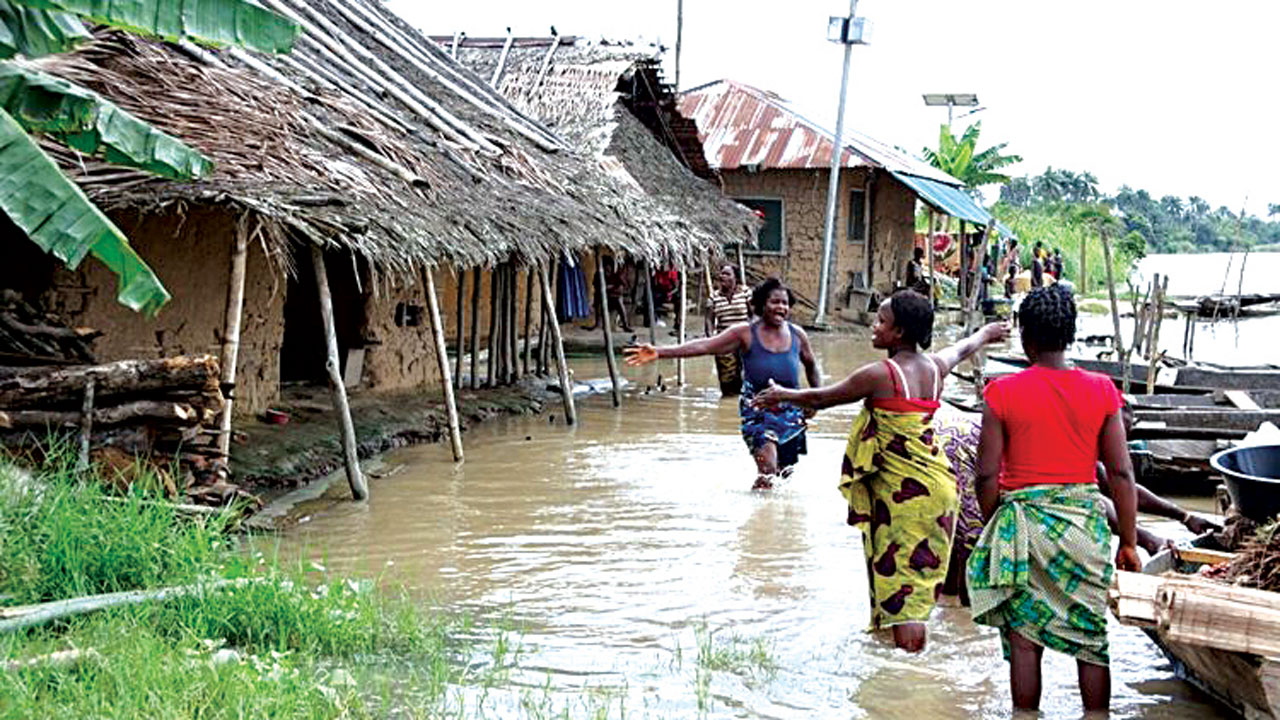 Flooding ravaging a community in Nigeria

The Adamawa State Emergency Management Agency (ADSEMA) says no fewer than 2000 people have been affected by flood within a week across the state.

Dr. Mohamed Sulaiman, the Executive Secretary of the agency told the News Agency of Nigeria ( NAN) on Wednesday in Yola that 227 houses and 300 farmlands were also destroyed by the flood.

According to him, 850 of the victims and 161 houses were in Duhu district of Madagali Local Government Area.

He said that the people were displaced by heavy rains on Tuesday, which caused serious damages to farmlands and houses.

Sulaiman recalled that between Aug. 11 and Aug. 12, more than 150 farmlands and about 66 houses were also destroyed by flood in Lababiri village, Shelleng Local Government Area.

“In less than a week, the agency has recorded two heavy floods where about 227 houses, 300 farmlands and over 2,000 people were affected in the state,” the executive secretary said.

He assured that the agency and other sister organisations were working to offer assistance to the affected communities.