It was indeed a night of pomp and pageantry as RevolutionPlus Property, the foremost real estate giant celebrated her seventh year anniversary held at the Five Palm, Oniru. 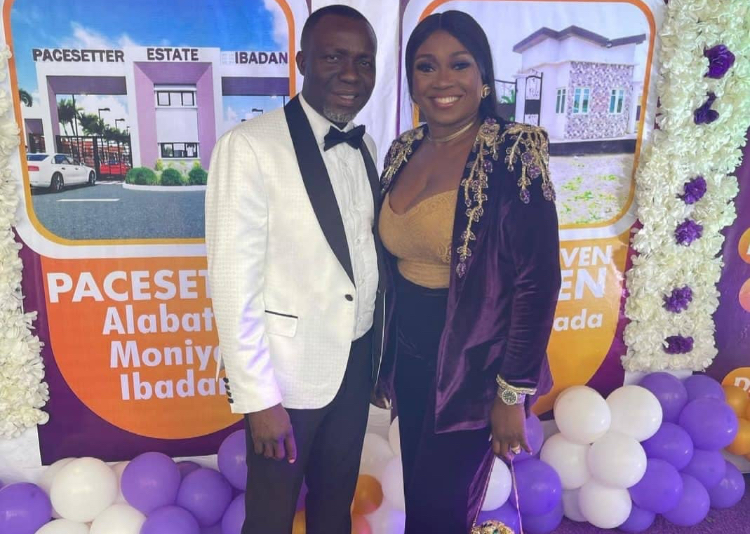 The anniversary celebration saw the official launch of her conglomerate since RevolutionPlus Property had evolved to become a holding company.”

Group Managing Director, Bamidele Onalaja, in an interview, said he was the happiest man in the world to be surrounded by friends, family, customers and partners.

He said: “with the launch of our new Group, we intend to create an ecosystem where we will cater for your everyday needs at one point or the other since we now deal in feeding, clothing, shelter in fact all essentials according to Maslow’s hierarchy of need.”

.The company also recognised the contributions of its realtors and members of staff with awards such as the Top Selling Realtors, Top Selling staff and Long Service Awards. Winners went home with awards and gifts items; AC, washing machine, generators and other mouth watering prizes.

Having started operations in 2014, .RevolutionPlus’ vision is to be the number one real estate company in Sub-Saharan Africa as well as the world . The real estate giant has six branches in Nigeria; Lekki, Ikeja Abeokuta, Ibadan, Abuja and Port Harcourt with an international office in Dallas, Texas, USA.

With Gbenga Adeyinka the first as the compere, other celebrities that graced the occasion include RevolutionPlus Brand Ambassadors such as Odunlade Adekola, Toyin Abraham -Ajeyemi, Testimony Jaga and Broda Shaggy. Others in attendance were Yvonne Jegede, Is-bae-u and Blessing Sunday. DJ Exclusive was the official DJ.

Onochie, the ultra-partisan Buharist, cannot be an impartial election umpire