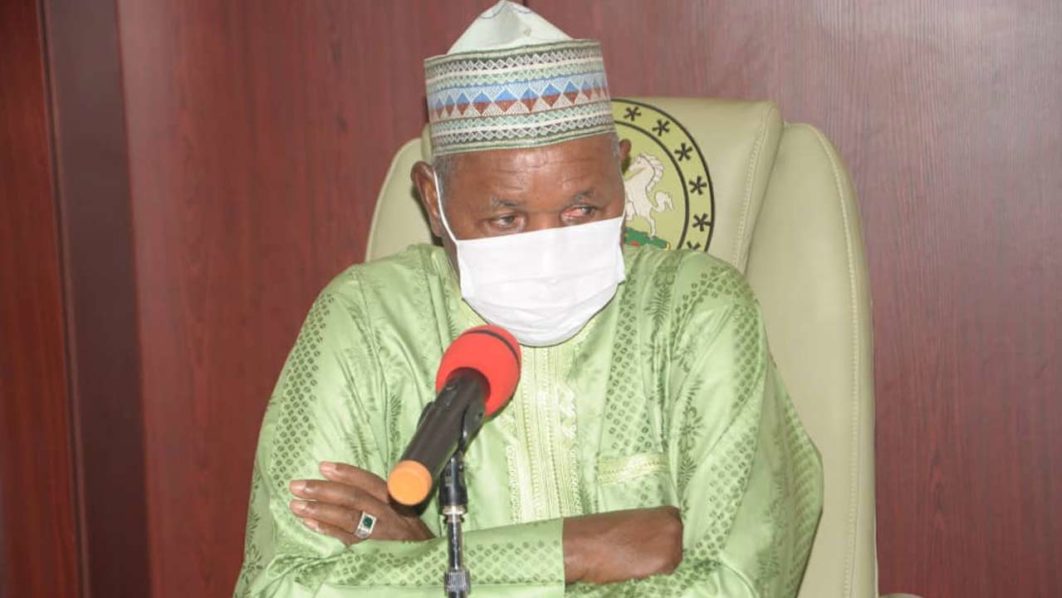 Over 100 shops at the Katsina Central Market have been razed by the fire with several shops and wares burnt yesterday.

The fire incident occurred a few minutes after 9:00 am, with personnel of the state fire service and sympathisers making frantic efforts to quench the fire.

According to residents, smoke from the market fire could be seen from miles away. Some shop owners made efforts to save their wares from the wildfire.

The inferno was said to have started at the north gate end of the market, with items that include lace materials, gold necklaces, and earrings, as well as kitchen and food items, lost in the fire.

An old generation bank, which has a building in the market, was razed down.

The inferno, which lasted more than three hours, was said to have begun at about 6:00 am but was not noticed till several minutes later as shop owners had yet to open for business at the time.

This is even as Governor Aminu Masari has expressed shock over the incident, saying that government will use the inferno to address issues wrong with the market.

But the chairman of the traders association of the market, Abbas Albaba, has ruled out electrical fault as the cause of the incident, as there was no power at the time the incident occurred.

At least two rows of the market’s stores were razed down in the inferno, with one of the rows having more than 50 shops.

Chairman of the traders association in the market, Abbas Albaba, however, ruled out the electrical problems as the reason for the fire outbreak, saying there was no electric power at the time the incident occurred.

Albaba said an electric control officer had earlier been employed to disconnect the market’s power source every day by 6:00 pm when the market closes, and puts on the same, in the morning.

He said the fire began at a shop close to the market’s mosque, but that estimate of damage or wealth lost could not be ascertained.

Governor Masari expressed shock over the fire outbreak, even as he sympathised with those affected by the inferno.

Masari, who visited the market shortly after the inferno, said the state government would look into the root cause of the fire.

He also frowned against sales of gas and petroleum products in the central market.

He, however, described the incident and level of destruction as unprecedented in the annals of the state’s history.

Masari said, “It is really too early to ascertain the situation; we have to know the real cause and know how to prevent future occurrence.

“This will also give us the opportunity to look at some infrastructures in the market, especially something that has to do with adequate provisions for fire fighting equipment and water pumps.”

The governor also added that government would use the misfortune to address some needs of the marketers with the view of assisting those who lost valuables, as a way to cushioning the effect.