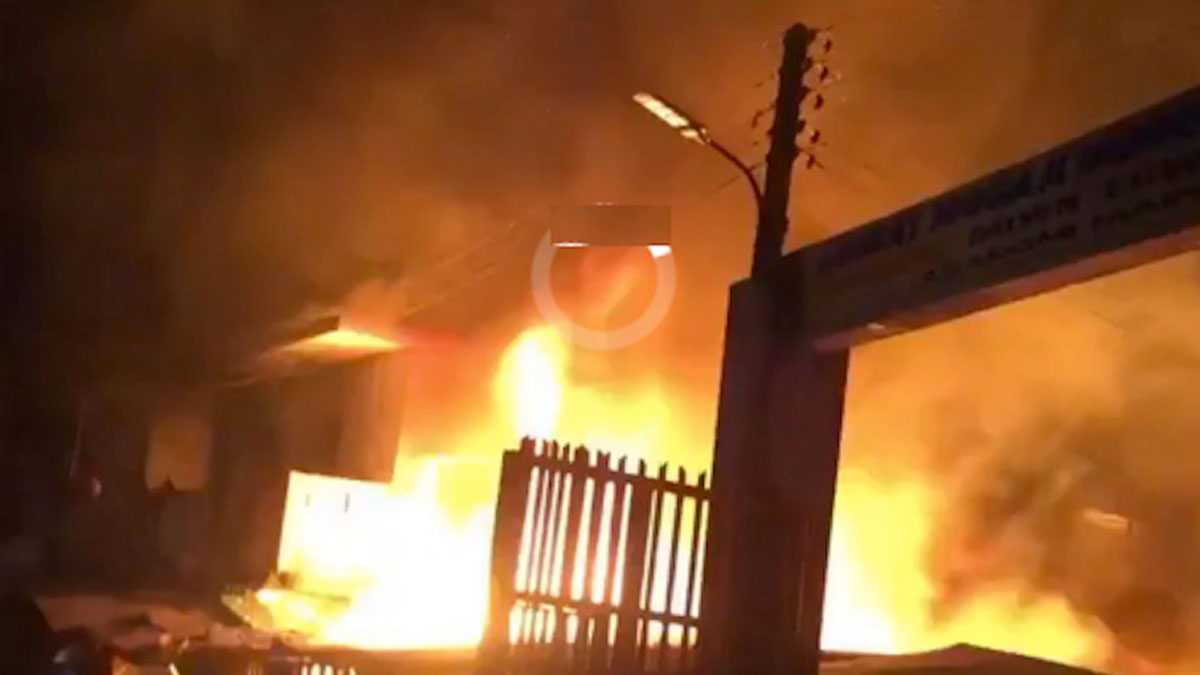 Property worth millions of naira and vital documents were yesterday destroyed by an early morning inferno that gutted the National Youth Service Corp (NYSC) office at the Federal Secretariat, Asaba, Delta State.

The incident, which occurred at about 6.30a.m., left a firefighter, who fell from the second floor of the NYSC office, injured. He was, however, rushed to the emergency unit of the Federal Medical Centre (FMC), Asaba.

The fire burnt the entire office, leaving workers to scamper to safety before the federal and state firefighters salvage the situation.
Delta State NYSC coordinator, Mrs. Olutayo Samuel, and other workers, including service corps members, were seen picking up what is left out of the inferno, which eyewitness said was caused by power surge.”

Mrs. Samuel told The Guardian that everything in their office was completely destroyed. She said: “What happened early this morning is very unfortunate. I got a call that our office was on fire and I quickly rushed to the scene, but nobody can ascertain what exactly caused the fire.

“Virtually everything there got burnt. All the files burned to ashes but we had a back-up.

“Incidentally, we took some of our system to the camp and they are still in the camp. So, there will be no setback because we have them in the system.

“I cannot cost the level of damage now, but it is colossal. But by the grace of God, there is no life lost.”
Also, a firefighter, who spoke on the condition of anonymity, confirmed that one of the firefighters sustained serious injury and was taken to the hospital.