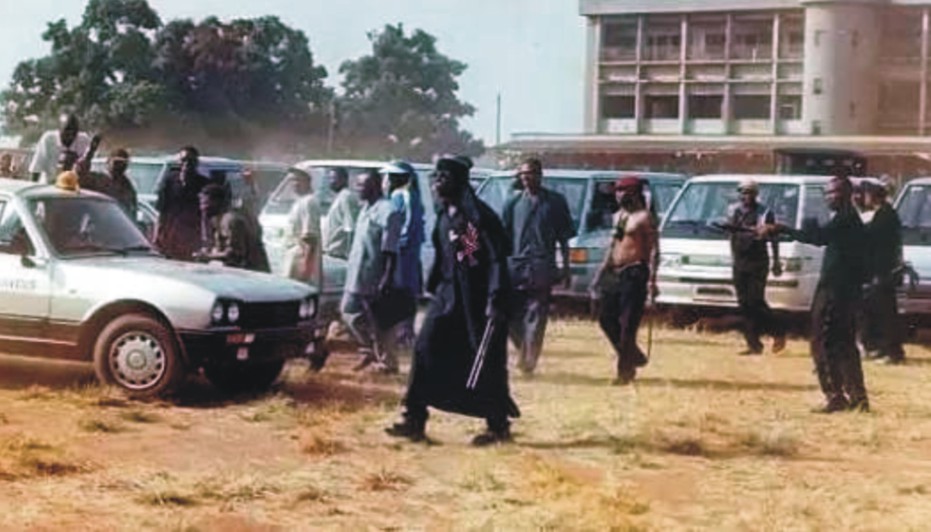 There are growing concerns over the suspected return of a disbanded security group, ‘Bakassi Boys’ to the streets of Awka, in Anambra State on Monday.

It is not clear who is behind the group.

But with the growing insecurity, the resurgence of the dreaded outfit in the southeastern region, might compound the already vexing situation.

The dreaded ‘Bakassi Boys’ vigilante group, who engaged in jungle justice in Anambra State during the time of former governor, Chinwoke Mbadinuju, allegedly resurfaced after two decades to crush cultists and other criminals.

The Guardian gathered that the group was seen moving around the state capital in two vans, singing and warning criminals to stay away from the area.

Reports stated that the boys, who came mainly from alleged “cult groups” have taken over Awka town in recent times without any response from the police or the state government.

The police in Awka, seems not to know about the activities of the group. But the Police Public Relations Officer for the state, Ikenga Tochukwu, expressed the willingness of the command to work with any stakeholder in ensuring security of lives and property in the state.

The Bakassi Boys, it could be recalled, emerged in the late 1999, a period of high incidences of security in the commercial cities of the southeast part of the country such as Onitsha, Aba, Owerri and Enugu, among others.

It was under the administration of Chinwoke Mbadinuju as governor of Anambra State.

They were usually armed with machetes and guns and an array of black magic artifacts and juju worn around their body.

The manner in which they knew or discovered if one was evil or not was by the use of dark magic in which they placed a magical silver-coloured machete on the chest of any suspicious person, and if the machete’s colour changed from silver to blood red it meant the person had committed a heinous crime at some point in their life, and invariably such a person would be killed immediately.

Their method of administering their “jungle justice” endeared them to the peoples that during their activities, many criminals were either killed by them or forced to flee from the Southeast where they operated for fear of their lives.

However, their reign and popularity were cut short following allegations that members were embarking on extrajudicial killings of suspected petty thieves, armed robbers, ritual killers, corrupt persons and anyone considered to be evil. These were the allegations that forced then President, Olusegun Obasanjo, to disband the group in 2003.

A Civil Rights Activist, Jerome Nwachukwu, told The Guardian in Enugu yesterday that, “as much as the society is in dire need of security, what it cannot tolerate now is jungle justice”

According to him, “Our people fell in love with the dreaded Bakassi Boys then, because they succeeded in reducing crimes to the barest minimum, but these days, we insist that suspected criminals should be given the benefit of fair hearing.

The group is not licensed to prosecute criminals or take another life. It should allow those charged with the responsibility to do so”.

Mrs. Ijeoma Uche, a trader in Enugu, who said she heard about the news, added: “I hope it does not compromise the already bad security of the state? I hope they have really come to provide security services and not to add to the pains of the people? This is because there are several security outfits working in the state, yet crimes have continued to increase. If they have come to compliment what is on ground, I will support them but if it is to create additional pains on our people, then, whoever is behind them, should retreat.

“ I know that with the level of insecurity in the land, the people are desirous to finding solutions to them. So I encourage them to support them, if it is established that they are for the safety of the people”.

Lagosians worry over wastes, flooding as plastics take over