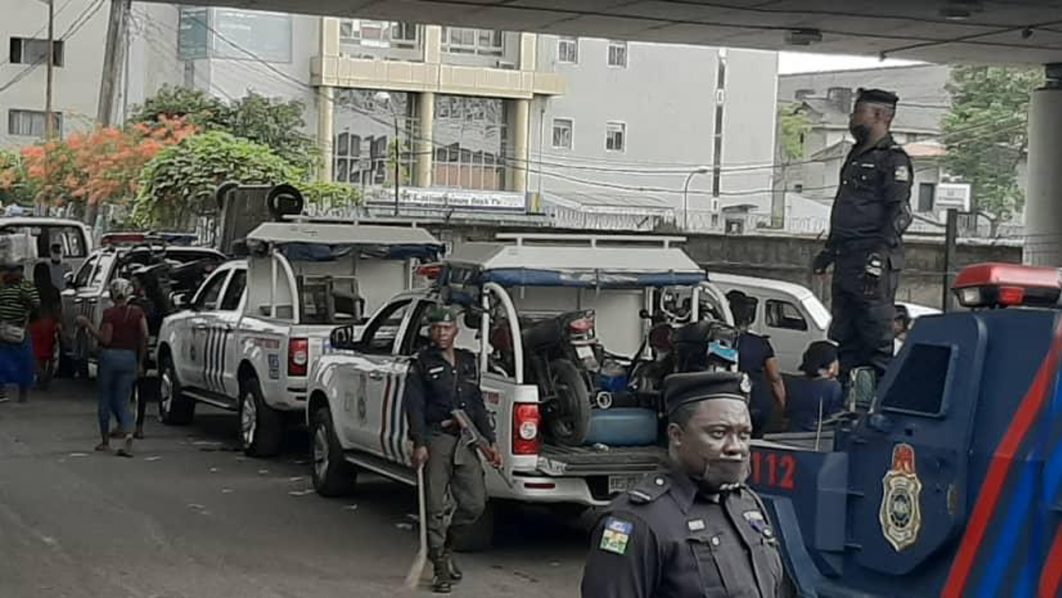 Commercial and social activities were temporarily disrupted yesterday after factional groups of the National Union of Road Transport Workers (NURTW) engaged one another in a free-for-all at Obalende, a suburb in Lagos Island.

The cause of the fight is yet to be ascertained, but sources said it might not be unconnected to leadership tussle.

It was gathered that sporadic gunshots rented the air while the factions chased one another with dangerous weapons, including guns and machetes. Commuters and motorists scampered to safety while the fight lasted.

When contacted, the police authorities said six suspected hoodlums connected to the unrest had been arrested.

Two rival transport unions, the National Union of Road Transport Workers and the Road Transport Employers’ Association of Nigeria were involved in the clash, raising tension in the area.

The Lagos police spokesman, Muyiwa Adejobi, assured yesterday that normalcy had been restored to the area and that the leaders of the warring unions had been invited for interrogation.

“The command has deployed resources to disperse and suppress the hoodlums fomenting trouble at Obalende area of Lagos State. Normalcy has been restored to the area,” he said.

“Based on preliminary findings, the crisis that occurred today, Thursday, February 11, 2021, was between transport unions in the area and no life was lost.

“Six suspected hoodlums have been arrested and handed over to state CID, Panti, Yaba, for discreet investigation.

“The Commissioner of Police, Lagos State, Hakeem Odumosu, has warned that the command will not condone any act of lawlessness and criminality in the state. He, however, directed the Area Commander, Area A, Lion Building, ACP Bode Ojajuni, to intensify efforts to flush the hoodlums out of the area and in Lagos Island in general, with the available recourses deployed to the area command.

“The leaders of transport unions in the area, however, have been invited for interrogation and further actions,” he said.