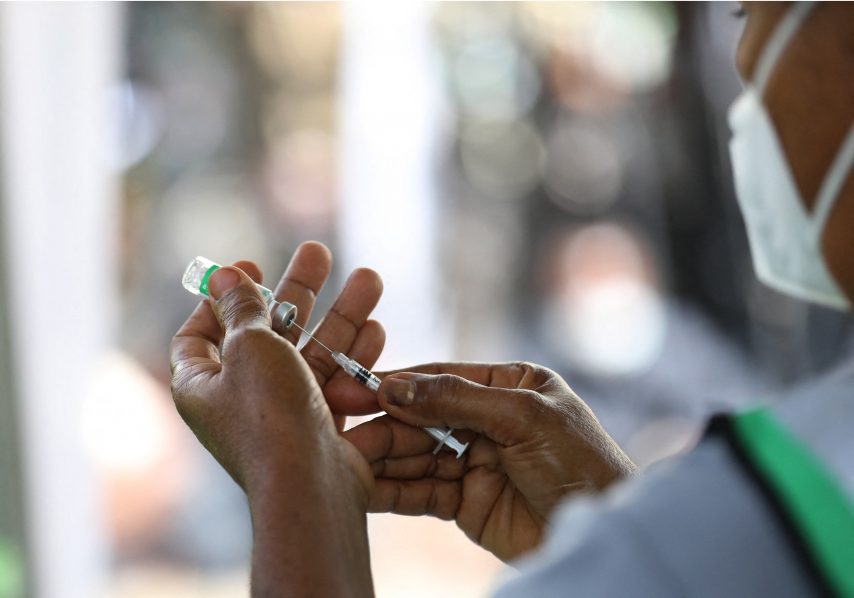 The Federal Capital Territory Administration (FCTA) Health and Human Services Secretariat has advised every eligible Nigerian to take the COVID-19 vaccine to curtail further spread of the virus in the country.

Acting Secretary of the secretariat, Dr Mohammed Kawu, gave the advice in an interview with the News Agency of (Nigeria NAN), on Sunday in Abuja.

Kawu stated that the country would not be considered safe until 70 per cent of the nation’s population were vaccinated against the COVID-19 pandemic.

He explained that the brand of COVID-19 vaccine currently being used in Nigeria was safe and efficacious.

According to him, what the vaccine does is to prevent the virus or infection from becoming a disease from the jam in one’s system causing damage that will result into disease that will lead either to admission or dead.

“ That is what the vaccine does and that is why everybody needs the vaccine.’’

Kawu said people from 17 years and above would require the vaccination because the vaccine would elicit a reaction that produce immunity and antibodies that would fight with the virus, “if you eventually get infected so you will not have the disease.

” That is the reason why we have to take COVID-19 vaccine.

“You can be assured that AstraZeneca vaccine is safe. This vaccine is coming from a 21 year old company, established in 1990 in United Kingdom Cambridge.

“It is not a Third World vaccine production facility as so many people are saying. AstraZeneca vaccine is produced by the company which is a UK and Swedish based companies, that merged in 1990 to form the company.’’

Kawu also said that the vaccine was procured from a very reliable source, adding that United Kingdom and other European countries were taking the same vaccine.

“UK is presently taking AstraZeneca vaccine in spite of the hitches they got in Sweden and one other country that have withheld the administration of this vaccine.

“UK said as far as they are concern they have not seen or heard any side effects that warrants stoppage of the vaccine. The vaccine is as potent and safe as required.
“The problem that other countries got was some people develop thromboembolism which is common in UK. Probably a coincidence, probably is one of the side effects they are not sure,” he said.

According to him. they want to investigate further with the batch that they are using and the batch is ABC 1530.

” So, all these countries, as far as they are concern the one they are using, they have not seen any side effects that warrants stoppage. So, they are okay, they are comfortable.

“Let me also tell you the moment this vaccine has been produced it is under trial and testing the sample are send to all regulatory agencies of all countries including our NAFDAC,” he said.

According to him, NAFDAC has work on all the vaccines that have been produced in the world in case Nigeria wants to import them.

“After importing AstraZeneca vaccine before they were administered NAFDAC had to take sample from this batch that had been produced and processed to investigate the safety and all other parameters and they came out to say that the vaccine is perfect.

“So far, as I am concerned as a scientist this vaccine is good, safe and efficacious and I recommend it for myself, family and all Nigerians,” Kawu said.

He disclosed that FCT got 219,800 doses of vaccines from the National Primary Health Care Development Agency, adding that the priority was to vaccinate all the health workers in FCT.