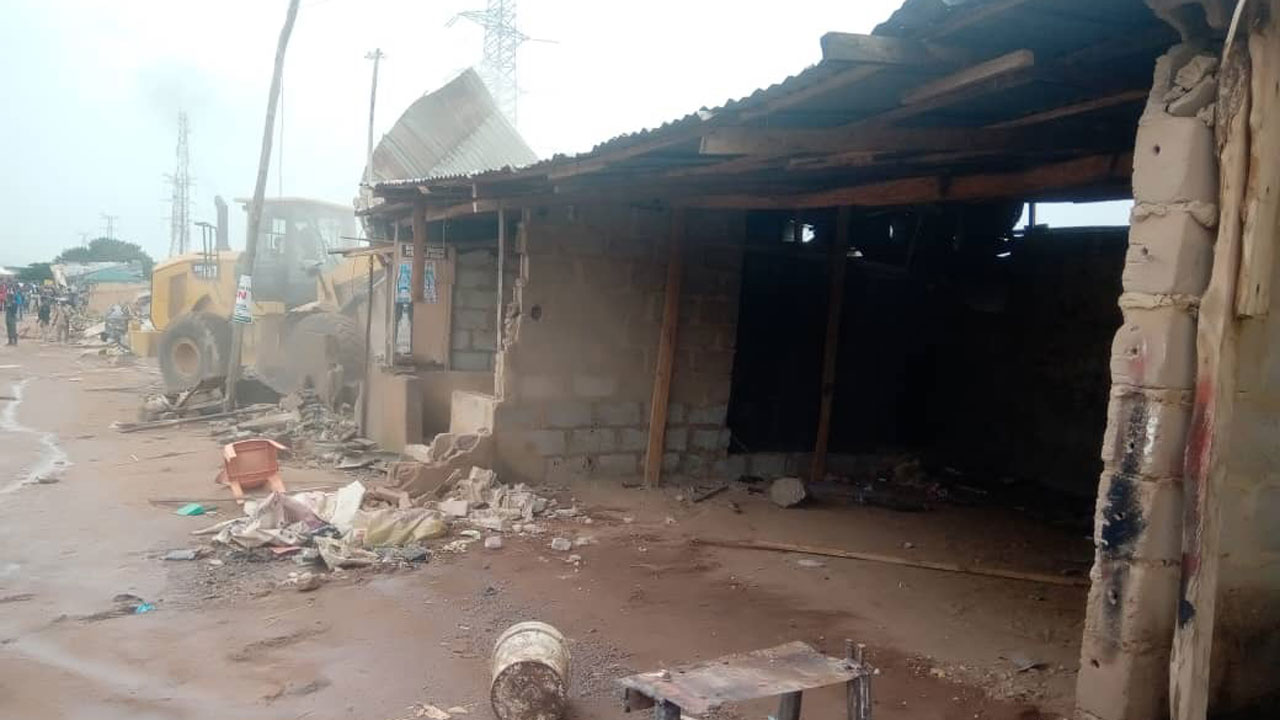 One of the demolished shanties

The Federal Capital Territory Administration has demolished over 349 illegal structures in Lugbe, on the Nnamdi Azikiwe International Airport, Abuja.

Attah said the operation was part of the regular exercises on the Airport Road corridor, considering the need to keep the gateway into the nation’s capital, clean.

He explained that the Minister of FCT, Mallam Muhammad Bello, paid a visit to the area recently with the commissioner of police and some strategic army officers, including security heads in the territory, and were displeased with the level of infringement.

The chairman stated that the Chief of Garki, Usman Nga-Kupi, who was also among the entourage, lamented that most of the areas, which the residents ought to use as car parks, were converted into shops.

According to him, the FCT Administration had fenced the organic settlement for the residents waiting for resettlement, but regretted that those within the area, who violate the Abuja masterplan, had contravened the plan.

He said: “The people have turned the fence line to motor park, where car owners park and pay N1,000 daily.

“In line with town planning rules and to keep the city clean and safe, we are not going to be deterred; this comprehensive clean-up shows that FCT Administration is committed to keeping the city clean.”