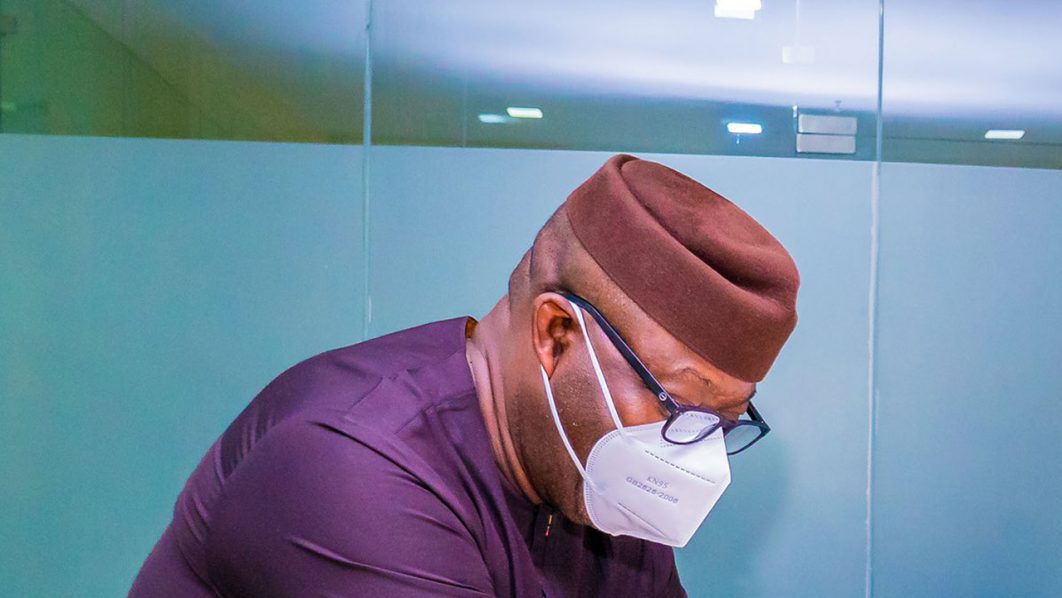 Ekiti State Governor Kayode Fayemi has restated the commitment of his administration towards capacity-building and career progression of workers in the state.

The governor, who stated this, yesterday, while declaring open an induction/orientation programme for the newly-recruited officers into the civil service, said that his administration had made steady strides in human capital development despite the state’s lean resources.

The governor, represented by the deputy governor, Otunba Bisi Egbeyemi, said recent recruitments by the administration had helped to reduce the rate of unemployment in the state and injected fresh blood into the public service.

Fayemi, who congratulated the inductees on their employment, urged them to justify the confidence reposed in them.

He said he was satisfied that the induction was a fulfilment of another promise made to the people of Ekiti State in the employment of the youths.

He said: “I urge all inductees to fully concentrate and utilise the golden opportunity given to you to work hard and maximise the output in the course of your service to the state.

“We need your positive attitude and mindset to add values to the state civil service. You should go the extra mile to engage in self-development, acquire skills, be courageous and have confidence in yourself and your career.

“Have it in mind always that you are talented and you are not appointed by happenstance, but on merit. I want you to show the world that you are invaluable assets and your best is yet to be discovered.”

The Speaker, Ekiti State House of Assembly, Funminiyi Afuye, said the state legislature would assist the civil service with the needed framework to enhance its operations and better service delivery.

Afuye, who noted that the Fayemi-led administration placed premium on quality service, said the Sixth Assembly had passed over 40 bills since its inauguration in 2019 to strengthen the public service.

The Attorney-General and Commissioner for Justice, Mr. Olawale Fapohunda, charged the new workers to imbibe punctuality in their service.

Also, the Head of Service, Mrs. Peju Babafemi, who lauded the governor for his commitment to workers’ welfare and capacity development and for repositioning the public service, said the programme was put together to integrate participants into the public service and acquaint them with the rules, policies, procedures and build networks for regular exchange of professional ideas and support one another beyond the induction.