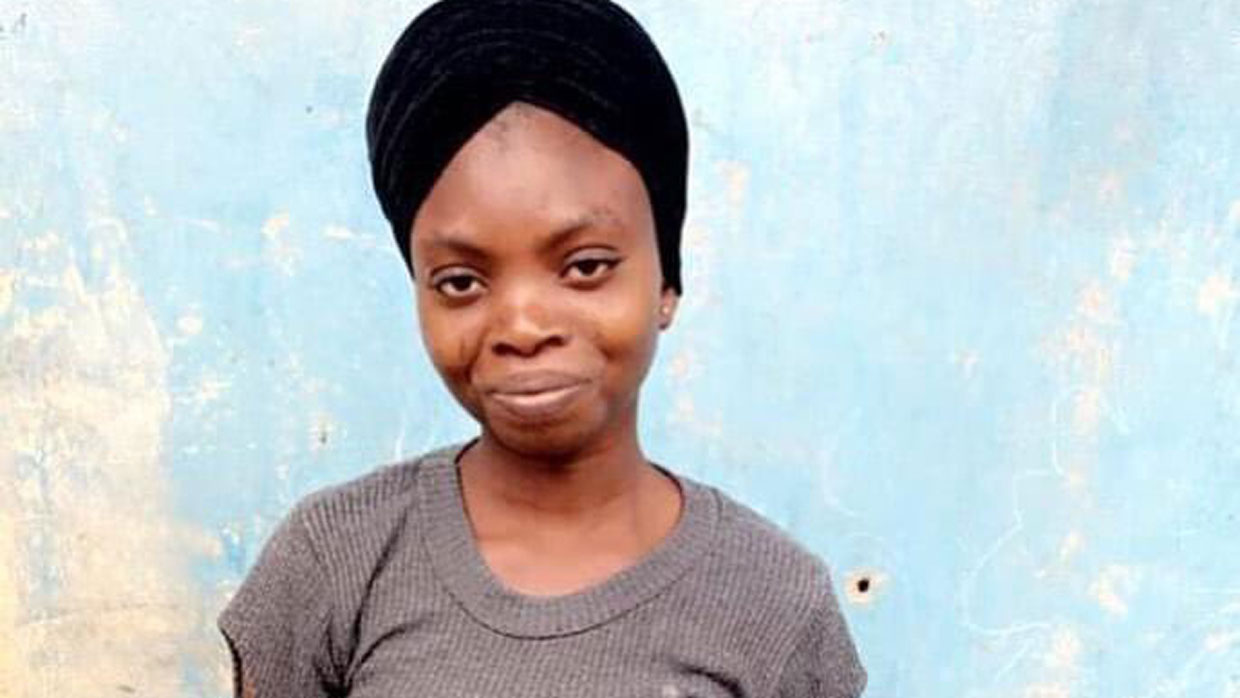 As controversy rages over the actual age of Jumoke Oyeleke, the lady allegedly killed by police’s stray bullet in Ojota during the Yoruba Nation rally in Lagos on Saturday, July 3, 2021, the family has kept mum over the issue.

The once boisterous Ojota home of the Oyelekes was a shadow of itself when The Guardian visited yesterday. There was eerie silence in the compound located at No. 50, Bayo Oshinowo Street, Ojota, as residents spoke in whisper.

Bayo Oshinowo Street is less than 15 minutes drive from the makeshift shop where Jumoke was killed. Apart from occasional musings from family members, a cat breastfeeding her twin kittens and a white dog moving around in the compound, the atmosphere around the street was moody.

About 20 persons were in a meeting in the living room of the boys’ quarters on the matter and in less than a minute after The Guardian reporter exchanged greetings with the family, he was asked to excuse the family and would be allowed to speak to Jumoke’s mother, Mrs. Ifeoluwa Oyeleke, after the meeting.

About 10 minutes later, a younger brother to the mother of the deceased, Wasiu Afolabi, told The Guardian that the family had chosen not to speak to the media or anyone outside the family till further notice.

When the reporter pressed further, he was asked to excuse the family. The decision, The Guardian learnt, followed the controversy  concerning the age of the deceased, who had only spent barely two weeks on her new job before the unfortunate incident.

The mother, Ifeoluwa Oyeleke, who was saddened by the sudden turn of events, recently disclosed that her daughter was a 25-year-old and not 14-year-old as widely reported. She said the deceased was the first of four children and her stature might be deceptive.

Jumoke was killed when agitators for the Yoruba Nation gathered at the Gani Fawehinmi Park in Ojota, Lagos State on Saturday amid heavy presence of armed security operatives.

There were claims that the security operatives fired gunshots, tear gas canisters and water cannons to disperse the demonstrators.

The deceased was reported to be displaying drinks at her boss’ shop in a compound close to the rally ground when security men chased some agitators into the premises amid shootings. She was said to have been hit by a stray bullet, which ripped through her stomach and left a deep hole.

The police thereafter took away her corpse in a van. It was widely circulated that the victim was 14 years old. The Lagos State Police Command, on Saturday, denied playing any part in Jumoke’s death or shooting live bullets during the protest.

The Guardian could not get update from the police yesterday as the spokesperson for the state command, Olumuyiwa Adejobi, did not respond to enquiries sent to them.

MEANWHILE, Lagos State Governor, Babajide Sanwo-Olu, has ordered an investigation into the death of Jumoke. The Lagos State Commissioner for Justice and Attorney-General, Moyosore Onigbanjo, in a statement, said a coroner’s inquest had been requested by the state government to determine the cause and circumstances of the girl’s death.

The statement read: “Our attention has been drawn to the death of a 14-year-old girl in Ojota during the Oodua Republic Mega Rally on Saturday, 3rd of July, 2021.

“We commiserate with the family of the deceased. The Governor, Mr. Babajide Sanwo-Olu, has ordered a thorough investigation of the death. A coroner’s inquest has immediately been requested in line with Section 14 and 15 of the Coroners’ Systems Law, Laws of Lagos State 2015, to determine the cause and circumstances of death.

“By Section 14(1) (d) of the Coroners’ System Law of the State: ‘A report of death shall be made to any of the agencies for the report of death or the office of the Coroner and be subject to post-mortem examination where there is reasonable cause to believe that the cause of death was violent, unnatural or suspicious.’

“Section 15(1) and (9) further enjoins the Coroner to hold an inquest whenever he or she is informed that the death of the deceased person was in a violent, unnatural or suspicious situation or believes an inquest is desirable following the report of a reportable death.

“As a government, the security and well-being of citizens are of utmost importance to us. The state assures the public that everything will be done to ensure that the cause of death is known. The findings of this investigation will be made public in due course and appropriate sanctions meted out to anyone found culpable.”