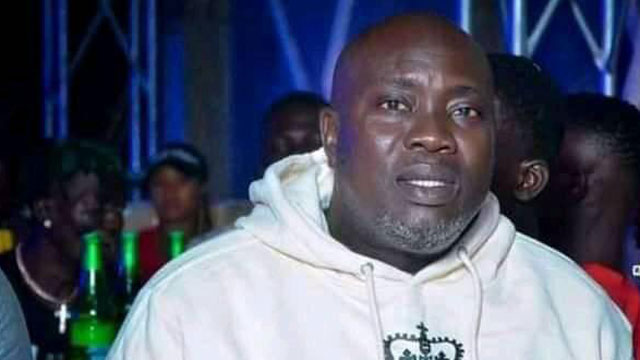 On the evening of January 11, 2021, the Ofa family of Oghara Kingdom, Ethiope West Local Council, Delta State, was jolted by the chilling report of the gruesome murder of Elliot Ofa, a PDP councillorship candidate in Ward 13 of the council.

The deceased, 49, was a popular grassroots politician in Oghara Kingdom, said to be humble and friendly. On the fateful day, he travelled to Asaba via the Jesse/Oben Road, in the company of four persons, identified as Allen Ese Adjoshoke, Fekson Temienor, Monday Adu and a lady to attend the screening exercise of the recently held local council election when he was shot dead at Oben, a border town in Edo State.

According to his friends, they were attacked by gunmen at Oben, and Elliot was the only one killed in the attack. However, subsequent investigation by the police showed contradictions in their accounts, compelling the police to arrest them as prime suspects in the mysterious death.

Autopsy carried out on the deceased by Dr Akhiwu Wilson, a retired assistant inspector general of police, revealed he died from severe hemorrhage from rifle gunshot to the neck that lacerated neck soft tissues and vessels.

The Ofa family is convinced that Elliot’s death was premeditated and that the killers made it look like herdsmen’s attack. In their petition to the Inspector General of Police, the family disclosed that some politicians in the state were already working assiduously to sweep the matter under the carpet and to frustrate efforts to bring the suspects to book.

Urging the IGP to ensure diligent investigation and arraignment of the suspects, Henry Ofa, the elder brother of the deceased, wondered why the suspects kept changing their accounts of the incident, saying it was a clear indication they were covering up something.

He said: “On Monday, January 11, 2021, Hon. Elliot embarked on a journey to Asaba for the screening of political parties’ candidates by the Delta State Independent Electoral Commission (DSIEC). Hon. Elliot was the candidate of the People’s Democratic Party (PDP) for DSIEC Ward 13 in Ethiope West Local Government Area and the screening was billed for Tuesday, January 12, 2021.

“The above-named persons picked up Elliot from his house in Oghara at about 3:45pm and embarked on the ill-fated journey to Asaba enroute Jesse/Oben road. It was not long after the commencement of the journey that we received information that they had been attacked by herdsmen with only Elliot dying in the process. In the initial account of Hon. Elliot’s co-travelers (now the prime suspects), some AK-47-gun-wielding herdsmen launched both frontal and posterior attacks on them, shooting sporadically at the moving vehicle. Painfully, we were told that only Hon. Elliot got hit by the bullets and died on the spot, while the rest of the travelers ‘miraculously’ escaped the attack. This was despite the fact that Hon. Elliot sat on the car owner’s seat of the vehicle alongside two others who were seated by his left hand side.

“The suspects also narrated how they boldly returned to the crime scene to recover Hon. Elliot’s body and deposited it at a mortuary in Oben Town without recourse to the police or even the deceased’s family. It is ironical to note that both Mr. Allen Ese Adjoshoke and Mr. Fekson Temienor travelled to Asaba the next day after the incident using the same blood-stained car. They also used the same car to rescue their other traveling companions who were allegedly kidnapped by the mysterious herdsmen during the attack. It was not until four days after the incident that the suspects finally made themselves available to narrate their own trumped up account of what transpired during the journey to the police after their initial refusal to appear for questioning. On their arrival, they came in a sirene-enabled hilux van, two lawyers and three Police escorts. What could have possibly motivated such needless defensive action if they were not been hunted by their conscience?”

The family said they were convinced beyond any doubt that the suspects’ claim of herdsmen attack was a hoax and that the unbelievable narration that they boldly returned to the assassination scene to recover their car and Hon. Elliot’s body without contacting the Police clearly runs against a rational expectation.

The family disclosed that a powerful political actor in the state was working to thwart the effort of police to arraign the suspects. They disclosed that when the homicide section of the Edo State Police Command took the suspects to court on January 25, 2021, that even before the change could be registered, the IPO said he had orders to return the suspects back to command from where they were taken to the Assistant Inspector General of police Zone 5 office in Benin City, based on the petition of the suspects and the overbearing influence of the external political actor who is bent on undermining justice in the case.

The Guardian learnt that based on this twist the case file was transferred to the IGP Intelligence Response Team (IRT) in Abuja Consequently, the IRT visited the scene of crime and interviewed the suspects, Benneth Ofa, a brother of the deceased, the wife of the deceased, the youths at Oben community among others.

It was gathered that the findings of the IRT team had facts that clearly contradicted the suspects’ claims. Based on IRT’s findings, it was expected that the suspects would be arraigned for formal trial in a competent court of justice, but the Ofa family is worried that the pressure being mounted by the politician from Delta State, would trivialize the matter as a case of kidnap.

He said “The Ofa’s family of Oghara kingdom and Deltans believe that Elliot’s murder was premeditated. There are many questions begging to be answered.

“My brother was not alone in the private car, there were four other persons with him. Why was he the only subject of attack? We may not know who killed Elliot yet, but we know he was picked from his house at a somewhat ungodly hour. This where every genuine investigation must begin from.

He urged the Inspector General of Police, Edo Police command and Oben Police station to carry out a diligent investigation to unravel the true killers of Elliot and bring them to book.