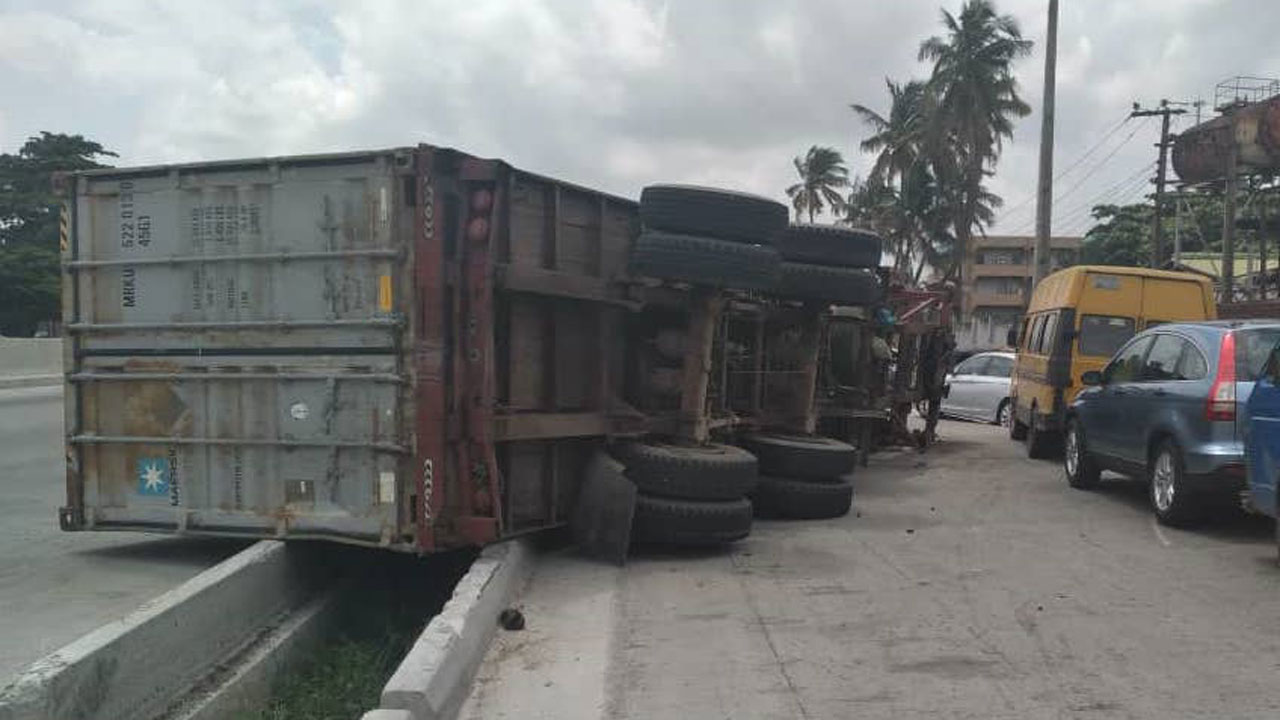 It took the intervention of men of the Lagos State Traffic Management Authority (LASTMA) to control traffic and put urchins at bay yesterday when 40-feet container heading to Promasidor Nigeria Limited, Isolo Industrial Estate, Lagos, fell off the truck in Iyana-Isolo, Lagos.

The incident happened a few days after The Guardian reported the menace of unlatched containers on roads, which made it a leading cause of accidents and deaths in Nigeria.

Though no life was lost or injury recorded in the incident, which involved the container without a number plate, it led to a gridlock in the area.

An officer of LASTMA in charge of Zone 21, Amodu Adeniyi, explained to The Guardian that his men responded when the container fell.

He said: “We contacted the Lagos State Emergency Management Agency (LASEMA) immediately the incident was brought to our attention.”

The driver of the vehicle, Michael Ike, said he could not explain how it happened but he tried not to ram into the company around.

“The vehicle was latched but it seemed it was weak, but it didn’t show any sign that it could get detached. It pulled off when I crossed to the service lane and the vehicle almost ramped into the company here, but I was able to control it.

“I don’t know the content but I was heading to Cowbell (Promasidor),” he added.