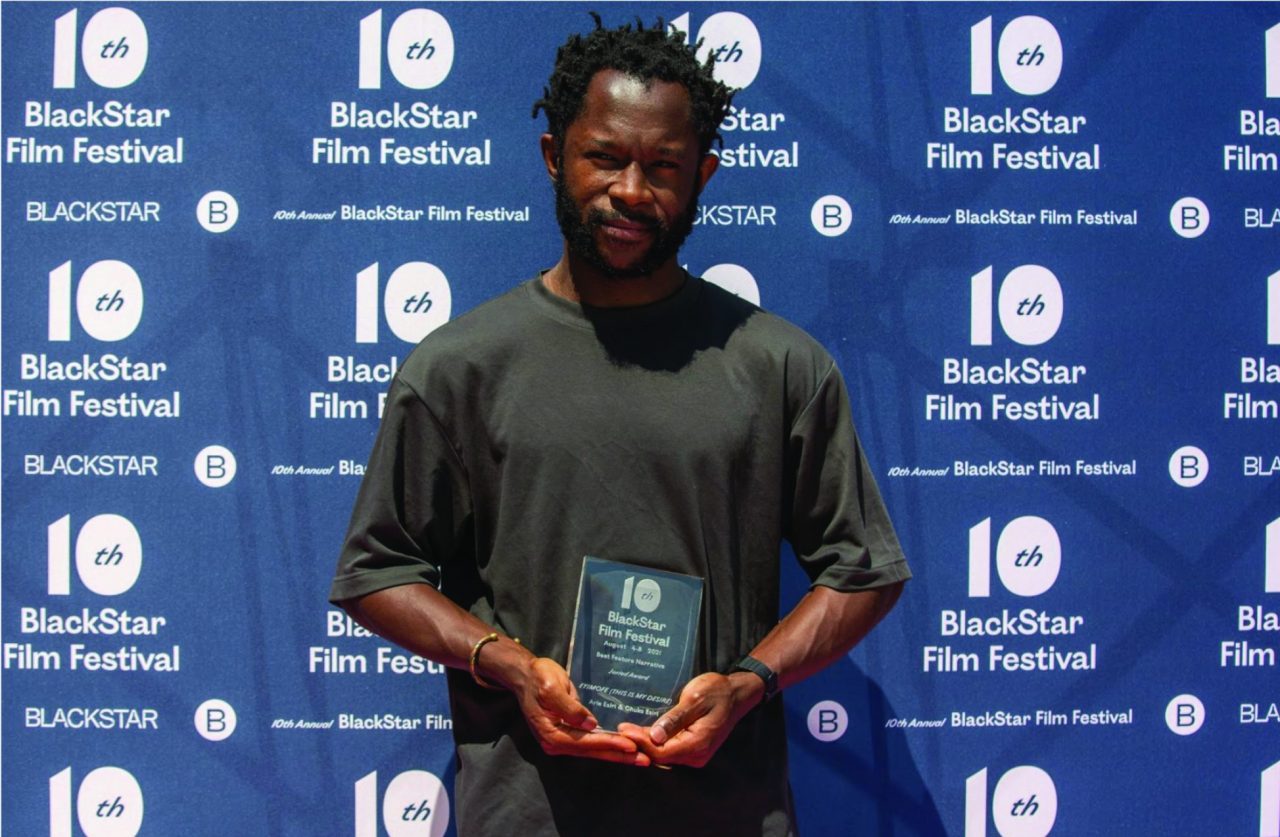 Arie Esiri, co-director of Eyimofe (This Is My Desire). PHOTO: DANIEL JACKSON

Nigerian feature film Eyimofe (This Is My Desire) has emerged Best Feature Narrative at this year’s BlackStar Film Festival, the world’s premier celebration of Black, Brown, and Indigenous film and video artists.

Presented this year with lead sponsor Annenberg School for Communication at the University of Pennsylvania, the Jurors comprising of Dagmawi Woubshet, Rajendra Roy and Tayarisha Poe, while declaring Eyimofe winner of the category, stated:

“Eyimofe (This Is My Desire) is a beautifully shot, vibrant film whose cinematography believes fully in its environment, and carries an acting style that captures a complete snapshot of life in a place.”

The festival also featured several in-person screenings, including the world premiere of feature documentary Eyes on the Prize: Hallowed Ground (directed by Sophia Nahli Allison), which screened online and in person at the Mann Center for Performing Arts in advance of its streaming availability on HBO Max.

But starting from August 13, Eyimofe will open in Brooklyn, NY – BAM, Hudson, NY – Time & Space Ltd., Tucson, AZ – The Loft Cinema and will also be doing weekend screenings in Dallas at the Texas Theatre on August 14 and 15. On August 20, it will be opening at the Roxie in San Francisco.

After San Francisco, the film will continue to open in more cities across the US and Canada. More information regarding this can be found at www.eyimofemovie.com

Set in Lagos, Nigeria, Eyimofe, a two-chapter film, follows the stories of Mofe (Jude Akuwudike), a factory technician, and Rosa (Temi Ami-Williams), a hairdresser, on their quest for what they believe will be a better life on foreign shores.