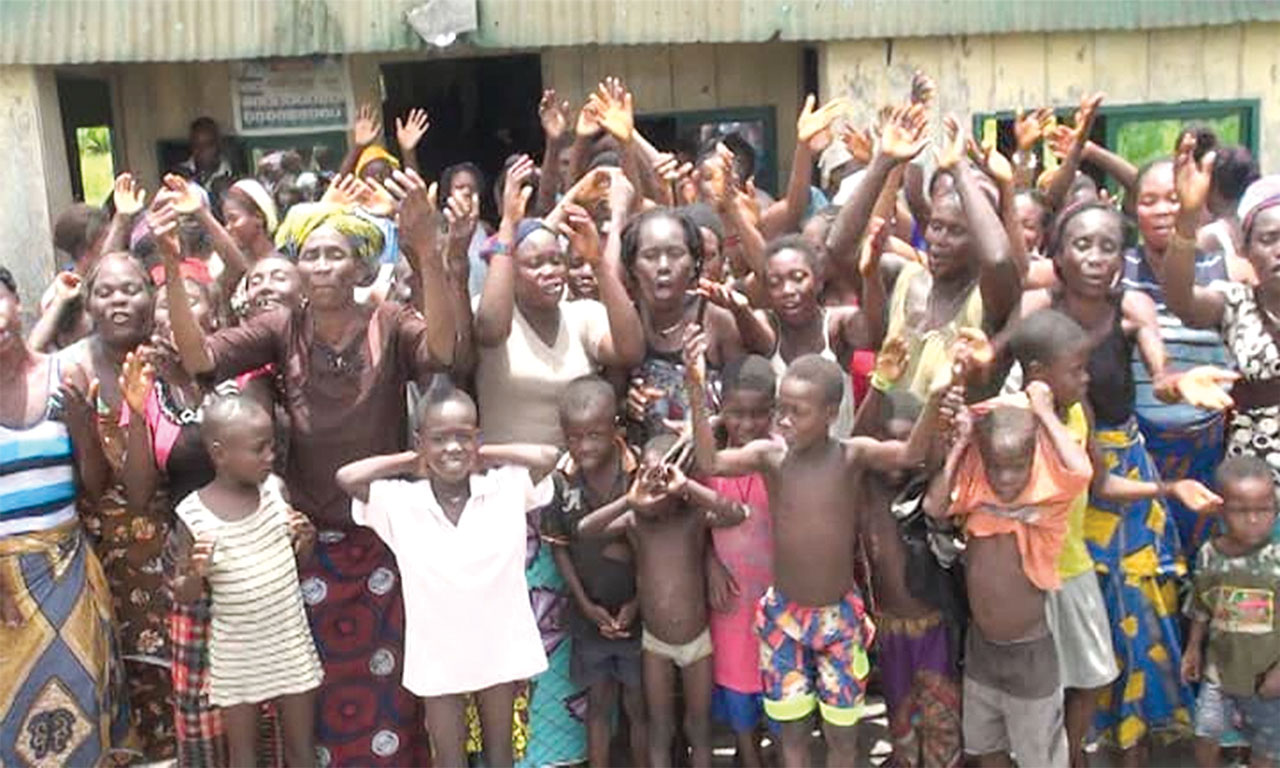 RESIDENTS of Asere community in Ese-Odo Local Government Area of Ondo State have decried attacks on their communities by alleged notorious gang of ex-militants, who terrorise and destroy their properties indiscriminately.

The victims, mainly women and children, protested in the community yesterday, appealing to the government and security agencies to nip the menace in the bud.

The protesters disclosed that the last attack was allegedly carried out midnight of Saturday by a seven-man gang of ex-terrorists, who were accomplices to a popular gangster killed in Ajapa a few years ago by JTF personnel.

The residents identified the seven suspects. Speaking on the motive for the dastardly act, they disclosed that one of the attackers, who is an indigene of the riverine community, Asere, alleged that his kinsmen were the ones giving the security men information about him and his hideout.

One of the residents of the community, who preferred anonymity, said: “We saw fire burst out of our houses, but we didn’t know what was happening. We all ran into the bush all through the night till security men came to our rescue.”

While addressing newsmen on behalf of the community, a high chief of the community, Abby Moulous, disclosed that the attack by the gunmen left many houses and properties destroyed. He added that many of the residents were currently displaced.
Moulous recounted that one of the kingpins came to the community to burn some people’s houses.

“They first stationed at Ajapa community and later when peace returned to the community, he moved to Arogbo town, where he started doing all these kidnappings until the king invited security men to arrest him and his gang.

“In the process of arresting him, he went into hiding in a creek in Asere and started kidnapping until JTF came to invade the creek, rescued two people they kidnapped from Edo State. He escaped again.”

The Ijaw high chief appealed to Governor Oluwarotimi Akeredolu and security agencies to come to their rescue, demanding proactive measures to rid the riverine areas of men of the underworld.

Similarly, the paramount ruler of Agadagba Kingdom, Oba Zachueus Doubra, explained that he received report that one of his subjects, who had been a trouble maker, invaded Asere community to burn it down.

“I sent my chiefs and some police officers to the community and I was informed that 14 houses were burnt down, nine other houses vandalised. Many were rendered homeless. Many ran into the bush in pants, some in knickers.”

“I want to appeal to all the three tiers of government and all relevant agencies to come to the aid of the victims by way of relief materials.”

The state Police Public Relations Officer (PPRO), Mr Tee-Leo Ikoro, who confirmed the incident, noted that the command had begun investigation into the matter.

“The police are already aware of it. The Commissioner of Police, Bolaji Salami, has ordered full-scale investigation into that and deployment of tactical team to the area so that they would not come back to repeat the same incident.

“We want to assure the people of the area that police are on top of the situation. The people should go back to their normal businesses. Our men have taken over the area and with no time, the kingpin and his gang would be arrested and prosecuted.”