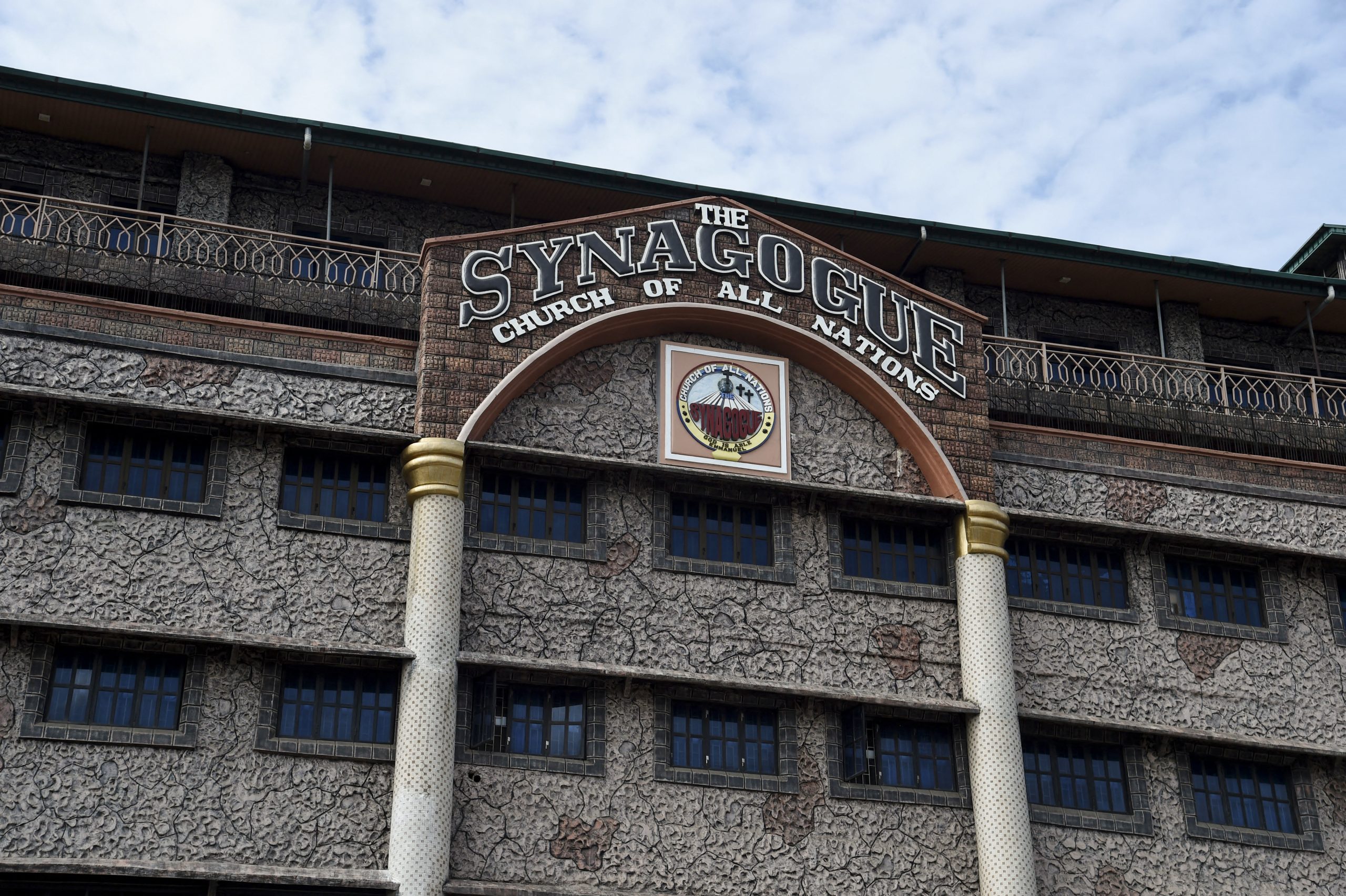 There were torrents of tributes yesterday as the burial activities of the late televangelist and founder of The Synagogue, Church of All Nations (SCOAN), Prophet T. B. Joshua, peaked at the church premises at Ikotun, Lagos.

At that event, a restaurant of the SCOAN, Ikotun, which is close to Gate 5 of the church, gut fire around 11:30 p.m. and members battled to douse the fire.

The church spokesperson, however, said it was a minor electrical fire incident at a store within SCOAN complex, which was quickly brought under control.

That incident did not deterred dignitaries from paying their last respect to the late evangelist.

Speaking of Joshua’s impact, the wife of the televangelist, Evelyn Joshua said his presence in her life made her who she is and his death would be felt across the world.

According to Joshua’s children, Serah, Promise and Heart, Joshua lived a life that would be missed by the church, the world and the family as he laid a prayerful life till his death.

Serah said: “I will truly miss your wisdom, knowledge, your mystery and your humour. You have lived a life of unwavering commitment to passion and service. I have no reservations to say that my dad had the biggest heart that I know of and he was a true humanitarian to this nation. What a feat you have left for all of us to live up to.”

Promise, the second daughter of the late prophet, said as devastating as it was to hear the news of her father’s death, she couldn’t say she was completely unprepared for it as T.B. Joshua would always remind her that he was on a mission on earth.

In Heart’s tribute message to Joshua, the youngest daughter of the televangelist stated that she does not have enough words to express the passing away of her father because she would greatly miss him.

Meanwhile, Gani Adams said the country has lost one of the greatest men in Africa.

He said: “I believe we have lost one of the greatest Nigerians in Africa. He is a pastor to be reckoned with globally. It is very sad that we lost him at an early age but we love him, his creator loves him. I am using this opportunity to console his wife, Evelyn. I told her while leaving that I would be in touch with the family no matter the situation.”

He urged religious leaders not to focus on evangelism alone but also consider charity in its service to humanity like the life the late prophet lived.

The former minister of aviation, in his tribute, said his first encounter with the late prophet was in 2016, during his imprisonment in Abuja.

He said Joshua reached out to him through a phone and revealed the date of his release.

MEANWHILE, the president of South Sudan, Salva Kiir, has handed over the key to the Republic of South Sudan to Joshua’s family as a tribute to the memory of the prophet and for his contribution to fostering peace in the region.

The representative of the president, Pastor Peter Aueai, who presented the key, said Joshua’s visit to South Sudan restored peace to the country since 2013.

He added that prior to Joshua’s visit, multiple reconciliatory efforts had been made to restore peace in South Sudan and that Joshua’s visit and the popularity of his Christian television network, Emmanuel TV, wields huge levels of influence in the country.