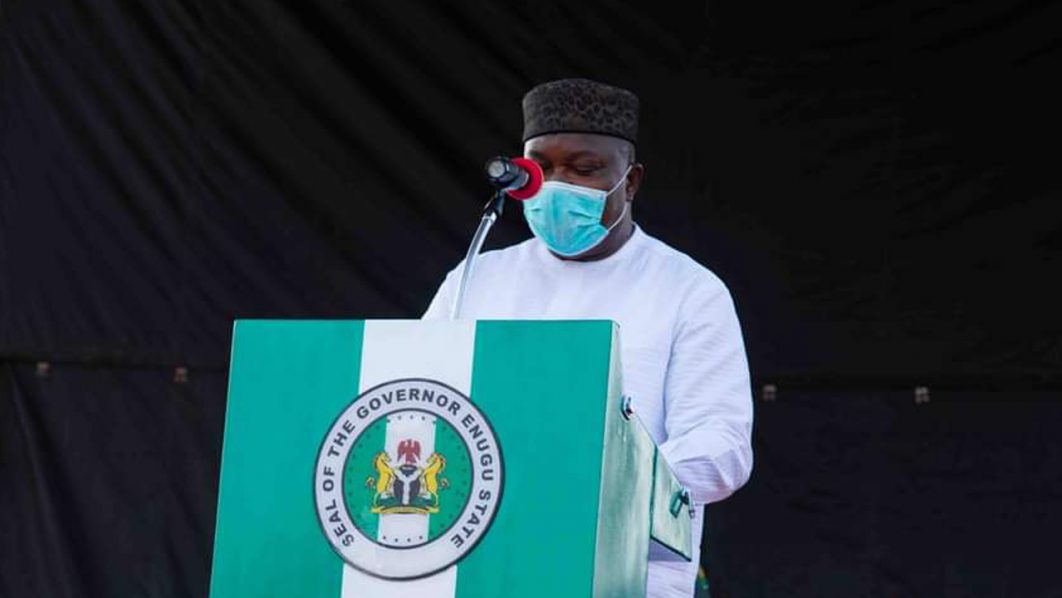 Enugu State Commissioner for Chieftaincy Affairs, Chief Charles Egumgbe, has reiterated the state government’s position against any obnoxious and inhuman traditions that demean the people.

Egumgbe stated this yesterday in Enugu while reacting to alleged ostracism of the entire people of Edeaniagu Village in Ishi-Ozalla Autonomous Community, Nkanu West Local Council of the state.

He said that the state government had abolished all harmful traditions that infringed on the fundamental rights of the people of the state, including the Osu caste system.

He said that no individual or group of persons had the right to deny people their rights on the basis of the ‘free-born and slave’ mentality.

Egumgbe said that such practice had no place in the state as the practice of Osu Caste had been abolished.

“This ministry is bound to protect the fundamental rights of the people in the communities and ostracism has no place in the constitution of town development unions,” he said.

On the election to fill the vacant kingship stool of Ishi-Ozalla Autonomous Community, the commissioner said that nobody had the right to exclude anyone who wished to take part in the exercise, saying: “It is a right for anyone wishing to participate to be part of the exercise. If anyone is denied the chance to participate in the election in whatever guise, such a person should report to the ministry.

“We are here to protect the rights of people.”

It would be recalled that people of Edeaniagu Village had accused the leadership of Ishi-Ozalla Town Development Union and some political bigwigs in the area of tagging them as slaves.

The spokesperson of the community, Mr. Christian Uzochukwu, said that members of the village had been humiliated and intimidated, arising from the ‘slave’ tag.

Uzochukwu alleged that the move to ostracise them was hatched to scuttle the ambition of a member of the village aspiring for the kingship stool in the autonomous community.

“Directives were given to members of the community not to talk or relate with us and not to buy from or sell to us. They placed a sanction of N200,000 on anyone that would flout the directives,” he said.

Uzochukwu described such a directive as ‘obnoxious ploy’ orchestrated to scheme out the candidate the community presented for the kingship election.

Nvene said that the issue had been clarified in several fora, adding that the town union executives had not precluded anyone from participating in the election.

He said that the town union had on March 10, 2021, received a letter from the Ministry of Chieftaincy Affairs on the need to conduct the kingship election.

“We are going ahead with the election as directed by the state government. We are selling forms and every indigene of Ishi-Ozalla is qualified to contest,” Nvene said.