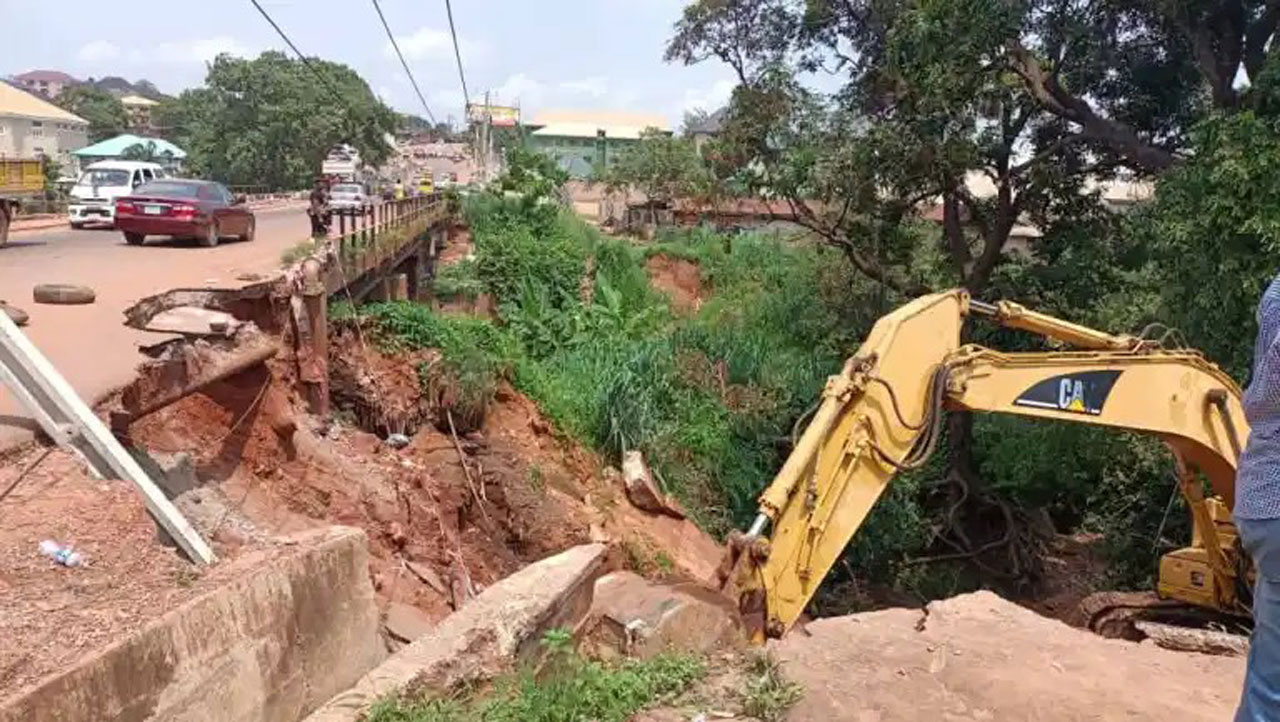 The Enugu State Government has begun repairs on the Abakpa Bridge in Enugu East Local Government Area of the state to save it from possible collapse.

Residents of the area had raised the alarm on Sunday morning following serious yawning gaps noticed on the bridge after a rainfall.

Consequently, the State Commissioner for Works and Infrastructure, Mr. Greg Nnaji, was drafted to conduct an integrity test on the bridge.

After the test, he assured residents of the safety of the bridge.

Also, the State Commissioner for Information, Mr. Chidi Aroh, who visited the site yesterday, said the contractor had been fully mobilised to restore the bridge as a matter of an emergency.

He stressed that the accident on the bridge was as a result of heavy rains.

He said: “You can all see that this is an emergency created by the rain. We have had plenty of rain recently. The accident was as a result of the rain but in the state government’s commitment, the governor ordered all our people, including the contractor, which we have given this job to move to the site even though it was Sunday.

“Clearly, it is not about talk, you can see that every action is being taken to ensure that this place is properly done. The governor has received assurances from the Ministry of Works and Infrastructure that in the shortest possible time, given all the engineering requirements, it is going to restore this place to a very normal situation and our people will continue moving.

“We need to ensure that much more care is taken in the use of this place. Heavy duty vehicles can make use of alternative routes but if you see two heavy duty vehicles here it will be difficult for another vehicle to move. We assure residents of early completion of the work as the state government remains on top of the situation.”