EndSARS: Petitioners grumble over nonpayment of compensation in Akwa-Ibom 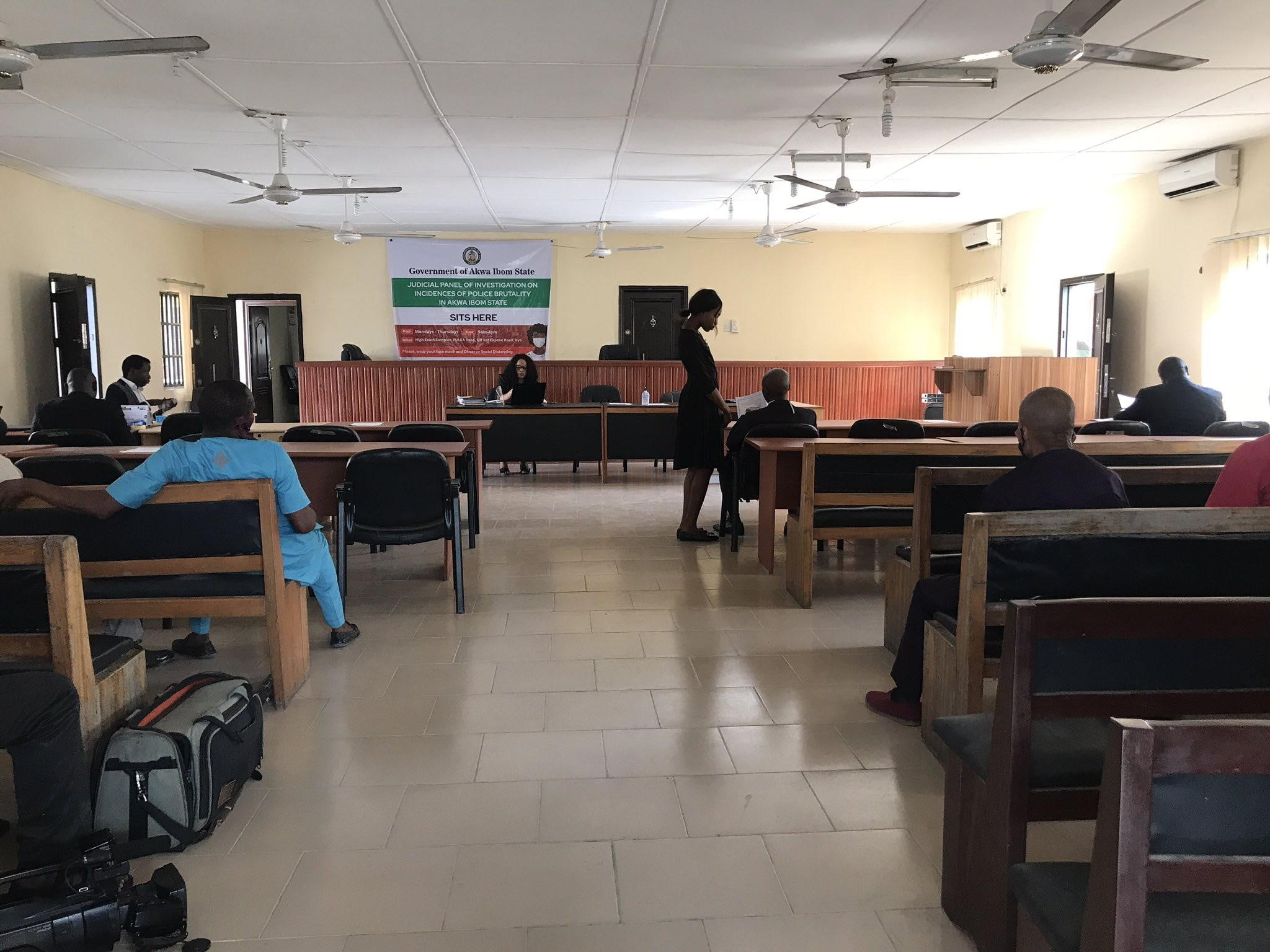 Petitioners at the Judicial panel of enquiry set up by the Akwa Ibom State government over incidences of police brutality in the state have complained about the non-payment of compensations to them by the state government.

A petitioner and native of Urueffong Oruko local government Area, who spoke with newsmen at the weekend in Uyo complained of how her hope of getting monetary compensation was dashed after providing evidence of how police officers invaded her residence, shot her on the leg and fled.

The petitioner who simply identified herself as Mary said she is handicapped in the affected limb due to a lack of funds to access proper medical treatment.

She had spent her life savings treating the leg injury in a traditional healing centre.

Another petitioner and an indigene who spoke on the grounds of anonymity for fear of victimisation said he travelled down to Akwa Ibom from a distance to check if the state has commenced payment of compensation as recommended by the Federal government.

“I have presented my complaint before the panel of enquiry so I don’t want to say it again for obvious reasons. But I am worried that the Akwa Ibom State government has not commenced the payment of compensation to victims. It is high time the panel did something about it because other states have started.

“I passed through a lot of stress in bringing my witnesses from where they reside to the court anytime my matter would be heard. It is my prayer that I receive justice and be compensated”, he said.

It could be recalled that the National Economic Council (NEC) headed by the Vice President, Prof. Yemi had at the end of one of its meetings on October 14, 2020, directed all state governors to set up a judicial panel of inquiry to investigate alleged incidences of brutality by the disbanded Special Anti-Robbery Squad (SARS) and recommend compensation and other remedial measures where appropriate.

The Council had also urged the states to establish a victims support fund from which compensations would be paid upon the determination of wrong by the panel.

To back up the resolution, the Speaker of the House of Representatives, Femi Gbajabiamila had insisted that the budget would not be passed unless the victims support fund is captured in it.

It could also be recalled that Governor Udom Emmanuel in compliance with NEC’s directive had on Tuesday, October 20, 2020, inaugurated an 8-man panel chaired by Justice Ifiok Ukana with the mandate to receive and investigate complaints of police brutality, human rights violations and extrajudicial killings in the state.

However, it appears the victims’ support fund as directed by the National Economic Council (NEC), is yet to be established by the Akwa Ibom State government, hence the delay in paying petitioners.

But reacting to the development, the former Attorney General of the State, Mr.Victor Iyanam, said the state government ought to have established the Support Fund as soon as it set up the committee recalling that he wrote to Governor Udom Emmanuel twice on the issue explaining the importance of monetary compensation to the victims as directed by NEC.

Iyanam who wondered why the governor reportedly failed to accede to the demand said the State government has all it takes to set up the fund knowing fully well that the Federal Government would refund all states.

“I wrote to the governor, twice telling him the import of raising the victims’ support fund to assuage the plight of the victims but it seemed that was not his priority.

“Just take a look at what Lagos State is doing and other states that cannot match Akwa Ibom’s allocation. The monies paid as compensation would eventually come from the Federal government. Police is a Federal establishment and it is the FG that would pay through states.

“The Federal government said there would be a budgetary provision for that, which means there will be a bulk provision to state governments so that even if they had paid the victims, they can easily recoup those funds, in order words the budgetary provision is in form of insurance to states, that means, go ahead you will recoup.

‘This fund is captured in the federal terms of reference to be used in different states, unfortunately, the Akwa Ibom state government ignored that part.” Iyanam said.

Meanwhile, efforts to get a reaction from the Attorney general and Commissioner for Justice, Uko Udom, proved abortive as he neither answered his phone calls nor replied to the text message sent to him.

Some states, however, have inaugurated the pool where victims based on what the panel decides have received compensations.

When the chairman of the panel in the state, Justice Ifiok Ukana(Rtd) was contacted to react to the development, he said the victims were right to have reacted that way because that was part of FG’s terms of reference upon the inauguration of the panel.

He urged the victims to be patient as the panel would come out with a full report where some of the issues on compensation are addressed.

He, however, stressed that not all the cases brought before the panel merited monetary compensation.

According to the panel Chairman, “we cannot pay compensation now because the state government did not set up victims support fund which would have empowered us to do so. But when we send in our final report to the government, some cases merit compensation and we hope that the government will do something about it.

On why Lagos, Ekiti, Delta and some other states in Nigeria have kick-started the compensation process, Justice Ukana said, “yes at the NEC level, it was agreed that the judicial panel goes together with the victims’ support fund, it comes as a complete package and that was what happened in those states you mentioned. Lagos, Ekiti, Delta States set up the pool abinitio.

The two(panel and the victims support fund) were married for convenience, you receive a petition, you look at it based on the money that was kept in your custody, you know the range of approval you are making so that, the money will go round but here, nothing of such is happening.

“The stage we are now is to bring out our final report and definitely there are recommendations for compensations to some cases. We are believing that NEC will use that report to assuage the victims.”