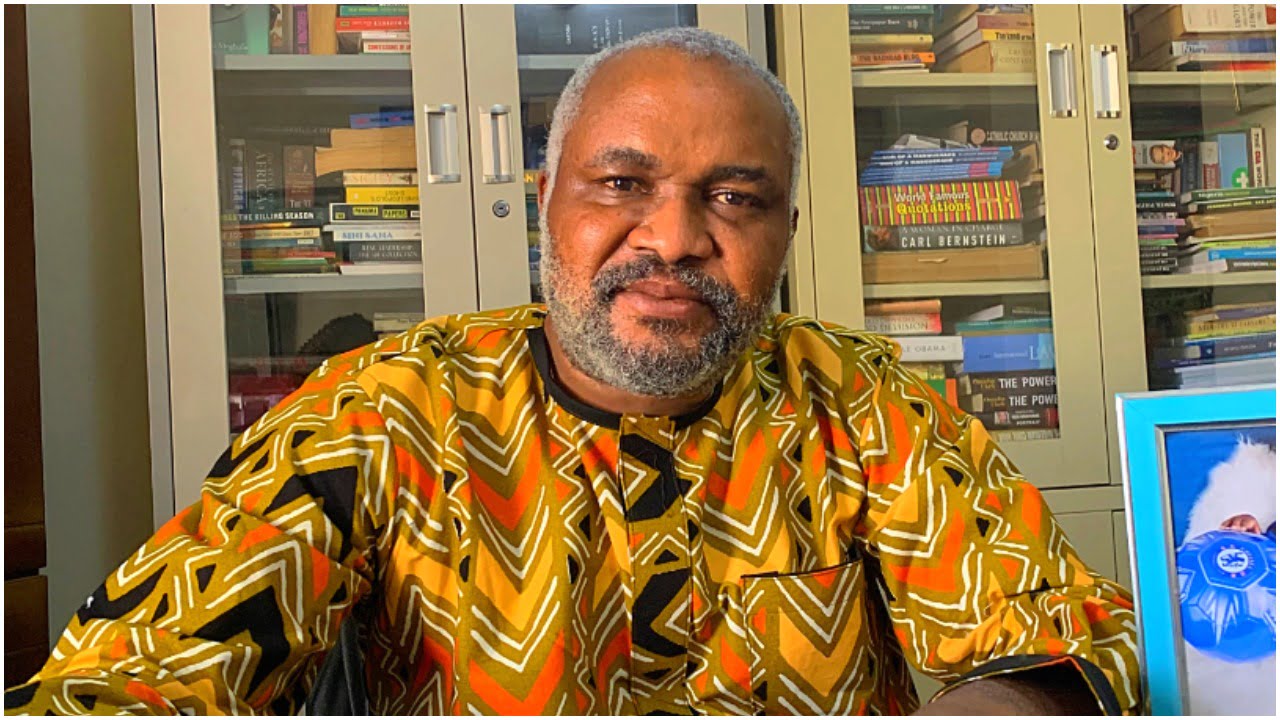 States, provinces or regions as the case may be, are essential components of federations and must meet certain conditions to make sense. To begin with, Federalism is a mode of political organization that unites separate states or other polities within an overarching political system in a way that allows each to maintain a measure of control over its territory, making it a federating unit. Nigeria is one of the 25 federations in the world but with the queerest composition.

According to UNDP and OECD standards, population, land mass, economic viability and human capacity are the four universal elements that guarantee a nation’s quest at providing good livelihood to her citizens . These factors ought to be the beacons guiding State creation in Nigeria but it is hardly the case.

State creation in Nigeria has been essentially a military adventure with little or no real inputs from the citizens. Though some criteria have often been cited as guiding the exercise each time, the very nature of military governments does not permit objective assessment and interrogations of the processes that lead up to the new States. The military regime in power will always create the States it wanted and that will be it.

Otherwise Savanna State is one State that would have come into being in Nigeria if indeed the factors that would qualify an entity as a federating state have been fairly considered. During the last exercise conducted by the General Sani Abacha regime, the proposed Savannah State came second to Ekiti state in terms of rating. With the largest land mass and an attendant high population figure, projected at over 2m as at 2020, why new States like Ekiti, Bayelsa and Gombe, much less than in all considerable criteria, came ahead of it, is still baffling.

Ordinarily, a federating State could be a nation if circumstances had allowed and in most federations, nationalities come together to form a union for political economies of scale. But in the Nigerian experience, reverse is the case: Nigerian nation was first forced into existence by the colonial power, Britain, and then the federating units were carved out of it by the variegated military authorities mostly on the whim.

One thing about State creation in Nigeria is that, apart from the first, they were all done by the military regimes, mostly swayed by politics rather than by economic viability. The creation of the Mid-Western Region in 1963 could pass as the first State creation that ever took place in Nigeria and the only one carried out under a civil rule. Even that too was tainted with politics.

Though, in Nigeria, State creation was originally conceived as a solution to the problems of ethnic minority groups, the main reason adducible for the creation of the Mid- Western Region could be to free the minorities of the Western Region. But informed observers believe the exercise was aimed by the ruling Political Parties to break Awo’s Action Group’s stranglehold on the Western Region and give them a leeway. Otherwise why didn’t the government of the day constituted by the Northern Peoples Congress (NPC) and National Council Nigerian Citizens (NCNC) extend the same gesture to the minorities of their own Regions namely, the Middle Belt and the South South?

With benefit of the hindsight, some informed minds have argued, that if the minorities of the North and East were carved out at the same time, may be, the Eastern Region would not have been such a powerful monolith to attempt to break away as Republic of Biafra and Nigeria would have balanced out as a federation of 6 regions and made faster progress as a united country.

Since this was not the case, how then were States created in Nigeria to miss out vital ones such as Savanna State? The second wave of State creation was in 1967 in the wake of the Nigeria Biafra war. It was meant to break the Biafra resolve to go away as an independent nation by dividing it up. This motive again was not economic or aimed at ensuring viability.

Like the experience of the ethnic groups seeking to be carved out as Savanna State has shown, exploitative relationships have often characterized the interaction between the minority and the dominant group in Borno where the Kanuris hold the aces and call the shots. The inferior status, which these Borno minority ethnic groups have donned over the decades, explains the conflict pervading the area, culminating in much of the space becoming ungoverned and reeking with insurgency.

What the ethnic minorities of Borno are facing is the same as what ethnic minorities worldwide go through. But the difference is that most countries of the world that have this problem find creative ways to eliminate or reduce minority situations. Rather than allow ethnocide and genocide to reign, more positive measures such assimilation, constitutional safeguards, reversal of status and territorial solution have been employed by those other countries.

So, seeking for Savanna State by these minority ethnic groups is well within the solutions that have worked for other nations. Why the Savanna State seekers are desperately looking for a territorial solution is simply for the reason that the majority ethnic group has not allowed fairness, equity and social justice.

The call for Savanna State has been renewed by the people following the current effort by the 9th session of the National Assembly to carry out fundamental amendments of the nation’s Grund Norm (the 1999 Constitution) to meet the aspirations of Nigerians. This is therefore an auspicious time to push it to the front burner once more.

One shares the position that State proliferation in Nigeria has not helped and there will be no end to it unless certain irreducible minimum standards warranting State creation are really set and adhered to, to ensure their viability. A situation when most States in Nigeria have to rely on federal allocation to pay salaries is not good enough.

However, the inability of the Nigerian States to hold their own as federating units without recourse to the federal government is simply borne out of the nature of federalism that Nigeria operates today, which has been variously described as ‘feeding bottle federalism’. But even at that, viability can still be calculated through what each State is bringing to table and Savanna State can compete with most States in Nigeria.

The proposed Savanna State is rich in agriculture and can host agrarian revolution, attract direct foreign investors in the agro-allied sector to help Nigeria become self-sufficient in food productions and exportation. The area also holds great potential for global tourism given its unique cultural and natural endowments that is capable of changing the negative perception of the rest of the world towards Nigeria, raking in money to buoy the nation’s struggling economy and create millions of jobs in the value chain.

In terms of Land mass, Borno State as at today is still the largest in the country with an area of about 69,436 sq. kms, and its further breakup will enhance self-determination, compatibility, equitable and even development, and responsive governance. Borno State is too large for effective and efficient state administration and cannot foster even and accelerated development on which the state structure is premised. The practical inability of the government to provide these basic amenities and to harness the State’s rich agricultural potentials have led to socio- economic and political vices, including insurgency.

For its sheer size, the government is so remote to the people that most of the outer border communities have to cross to the neighboring Niger, Chad or Cameroun Republics for health and other services.

The proposed Savanna State is richly endowed with Solid Minerals, agricultural products, tourism potentials and human resources that can be harnessed to lay a solid foundation for the transformation of the State, especially when Solid minerals is moved to the Concurrent List of the nation’s 1999 Constitution.

Some of the Solid minerals found in commercial quantities in the area are: Quartz, Kaolin, Iron ore, Uranium and Niobium Oxide Others are: Limestone, Magnesium, Bentonite, Feldspar, Mica, Gypsum, Granite, Silica sand, Corundum, Sapphire and more.

The proposed Savanna State is located in the Savanna vegetation belt, has vast fertile land for agricultural activities and is suitable for Sorghum, Millet, Maize, Cowpea, Cotton, Groundnut, Water melon, Cassava, and Wheat. Economic trees like Tamarind, sheer butter, locust beans, and Fruits and Vegetables abound. Equally, the area of the proposed State is also endowed with abundant livestock including Cattle, Sheep, Goats and Poultry. Great potentials exist for the development of a viable fishery industry in all the nine local government Areas The State will no doubt be a major contributor to national food security.

The prolonged struggle for the creation of Savanna State out of Borno State is based on the people’s conviction that, as one of the earliest in such struggles in this country, and given the potentials both human and natural, against the background of their equally prolonged deprivations, they deserve Savanna State as a fair deal.

It is expected that the members of the National Assembly, aware of the plights and position of the people, shall dispassionately look into the merits of the demand and do the needful.

The vast human, agricultural, mineral, industrial, commercial, economic, tourist and political potentials of Southern Borno, coupled with their determination will make the difference. These indicators show that the proposed Savanna State has the capacity to develop even more rapidly than some existing States in the country.

Come to think of it, many States did not possess half the potentials of the proposed Savanna state but have been made into States and today thriving, which is further justification of the quest for the creation of Savanna State.

The proposed Savanna State is bigger than dozens of countries in Europe and Africa, going by its population, economic potentials and land mass. Its viability is therefore not in doubt and its urgency equally compelling.

State creations in Nigeria have more or less been arbitrarily carried out, paying greater attention to politics than to economic viability. This disposition can be attributed to military regimes, which lack checks and balances. But now that the elected National Assembly, which is answerable to the Nigerian people is in the saddle, it is expected that current exercise will right the wrongs of the past and give the quest for Savanna State the attention it deserves by creating it.

*EMMANUEL ONWUBIKO is head of the HUMAN RIGHTS WRITERS ASSOCIATION OF NIGERIA and a former Federal Commissioner of the Nigerian National Human Rights commission. He blogs @www.huriwanigeria.com, www.emmanuelonwubiko.com, [email protected]