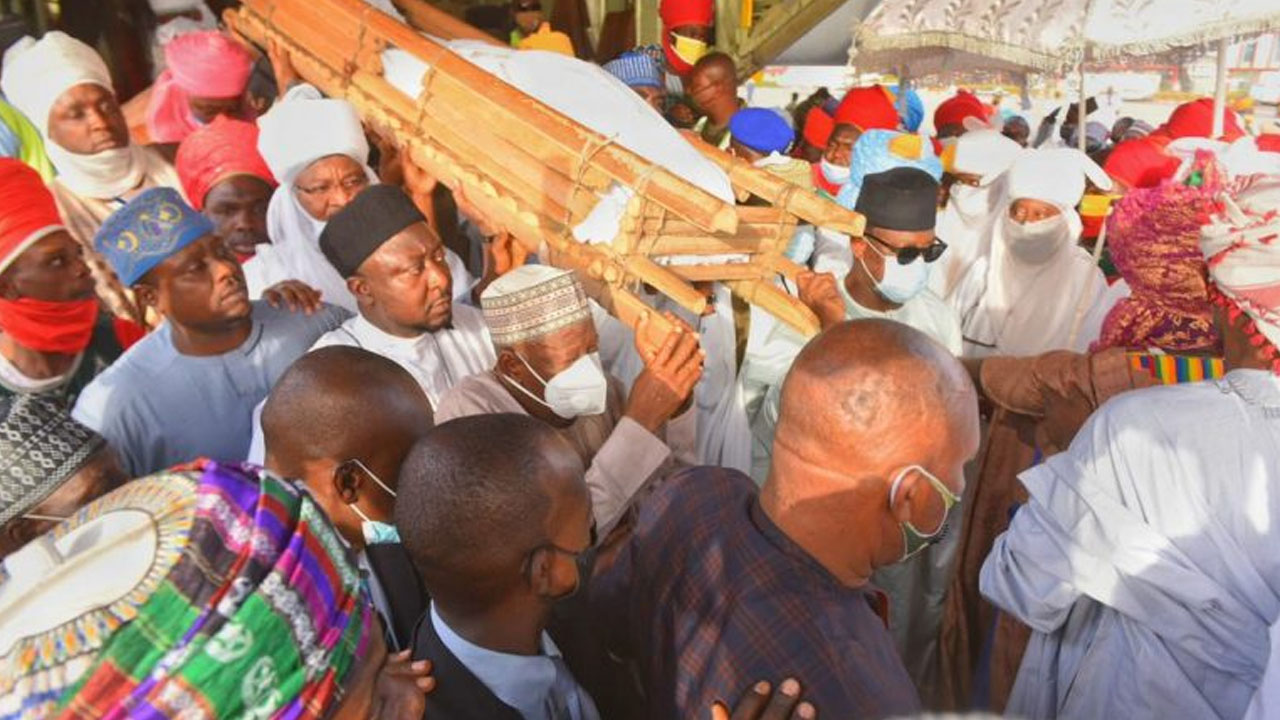 The remains of the late Hajiya Maryam Ado-Bayero PHOTO: NAN

The remains of the late Hajiya Maryam Ado-Bayero, mother of the Emirs of Kano and Bichi Emirates, have been buried at the palace of the Emir of Kano.

The News Agency of Nigeria (NAN) reports that the late mother of the two First Class Emirs died on Saturday, in Cairo, Egypt.

Her remains arrived in Kano on Monday evening.

The deceased, who was the eldest surviving widow of the late Emir of Kano, Alhaji Ado Bayero, was buried at Sheka graveyard within the palace.

The funeral prayer was led by the Kano Chief Imam, Prof. Muhammad Sani Zaharaddeen, a few minutes past 7 p.m.

Gov. Abdullahi Ganduje of Kano State, along with the Federal Government delegation led by the Chief of Staff to the President, Prof. Ibrahim Gambari, received her remains at Aminu Kano International Airport at about 6 p.m.

Other dignitaries included the Ministers of Defence, Justice, Aviation and Water Resources, the Sultan of Sokoto, represented by Wazirin Sokoto, Emirs of Hadejia, Ningi, Kazaure, Abaji, among others.

Gambari eulogised her life and times of the late Hajiya Maryam.

He said that the deceased was called ”Mai Babban Daki”, acknowledging that, “Her royal blood extended to many generations from both sides of her parents.”

The Emir of Kano, Alhaji Aminu Ado Bayero, commended the federal and state governments for their show of concern and respect to them.

He described the late princess as a mother of all.

“We never saw her as only our mother, she was a mother to all, and that was what she exhibited when she was alive.

“On behalf of the Kano and Bichi Emirates, other Emirates in the state, government and people of Kano state, we are very grateful for this important condolence visit,” he said.

Lorient Boss Pelissier : Moffi Yet To Reach His Full Potentials

Lorient Boss Pelissier : Moffi Yet To Reach His Full Potentials