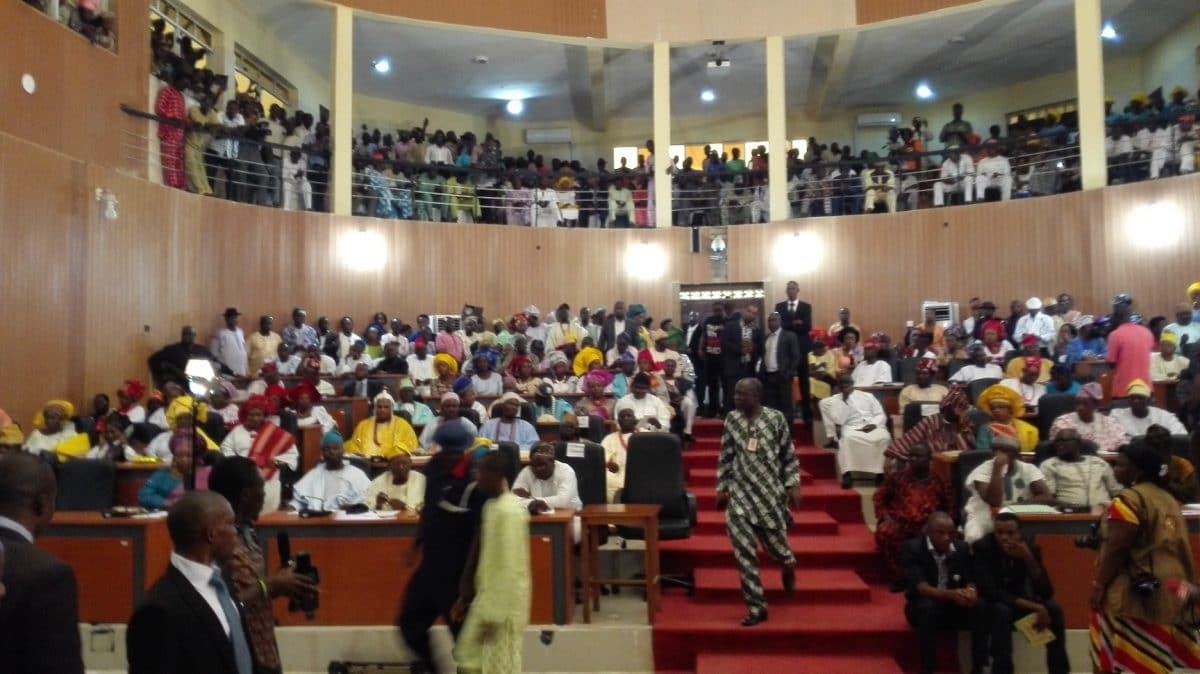 Against the backdrop of the forthcoming national convention of the All Progressive Congress (APC), the Speaker of Ekiti State House of Assembly, Rt Hon Funminiyi Afuye, has advised members of the party to be law abiding throughout the process at all levels.

The Speaker made this appeal to journalists shortly after the stakeholders’ meeting of the party held in Ado Ekiti, the state capital, recently.

Afuye, who commended the leaders of the party in the state for resolving all the seeming crises in the party, said: “There cannot but be disagreement in a political party especially in a ruling party, it is usually resolved as a family affair because there is no permanent enemy but common interest in politics.”

“We should have a rancour free congress by maintaining law and order during the exercise,” he said.

Referring to Governor Kayode Fayemi and Minister of Trade and Investment, Otunba Niyi Adebayo, as true leaders, Afuye said, “Our leaders have warned members against formation of groups and caucuses in the party because we are one body of APC without any segregation.”