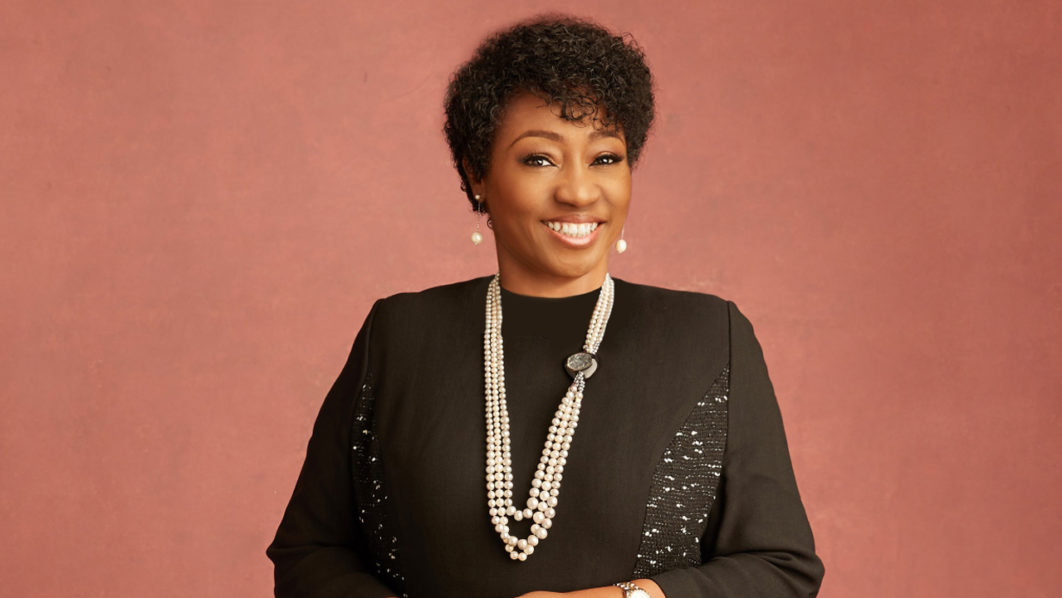 The Wife of Ekiti State Governor, Mrs Bisi Fayemi, has said it might be difficult for a female president to emerge in Nigeria anytime soon owing to the country’s hostile political system.

Mrs Fayemi, however, added that the country is ripe enough to be governed by a female President because of the vast women resources at its disposal, reiterating that the operational system might impede this from being realised now.

The News Agency of Nigeria (NAN) reports that Mrs Fayemi spoke in Ado Ekiti on Friday at an event organised by “Above Whispers Media Foundation”, in collaboration with the Association of Nigerian Authors (ANA) signposting the first public book reading of her latest book titled: ‘Where Is Your Wrapper?’, to mark the 2021 World Book Day.

Mrs Fayemi warned that female gender shouldn’t misconstrue the phenomenon to mean fighting for women blindly, saying she would only defend and promote women who value dignity, self respect and walk on the path of truthfulness .

She said: “Nigeria is ripe for a female presidency, but we won’t have one anytime soon because those who are controlling power and in leadership positions have a way of keeping the female gender away from power.

“Despite this treatment, we are proud that we have women like Okonjo Iweala, who is the Director General of the World Trade Organisation, and others who are faces of respect to women.

“So, technically, we are ready for it. We have the people with exposure and education, but we have to build a system that will allow them realise their full potentials within the political space,” she stated.

Mrs Fayemi said feminism is gradually gaining ground in Nigeria owing to widespread belief that “women should have rights, should not be battered, should have education, should be economically self dependent and it is important for them to be protected.

“We must confront those issues that tend to undermine women. Women are entitled to live decent lives and that is why the government of Governor Kayode Fayemi is displaying that political will to support us to defend the female gender against abuses.

“In my own understanding of feminism, I can defend women who are being battered by their husbands, women who are well mannered, but I can’t defend those who are ill-mannered and rude. What I am fighting for is for them to achieve their full potentials.

“I decided to be a feminist and defender of human rights because I was lucky to have married to someone who is a governor and has executive powers. We believe that we can use the political will and instrument of democracy to change our perspective about some things concerning women emancipation.”

She urged ANA and those who perceive themselves as writers to encourage and mentor young people into writing, saying creative writing in most cases starts at tender ages through parents’ conscious efforts on children.

“My father mentored me on how to be self confident even in the midst of men. I appeal to fathers to always show love to their daughters and encourage them to face arduous tasks with an inspirational word that they can do anything.”