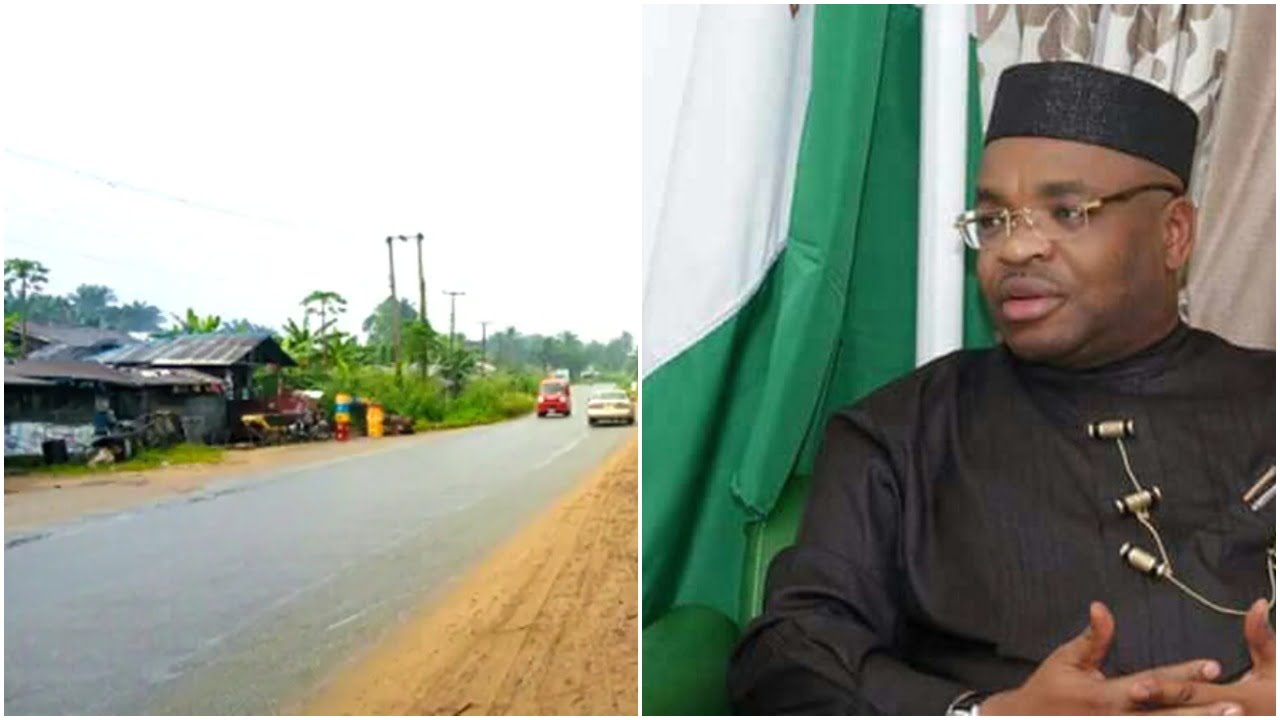 The journey from the Obong Victor Attah International Airport, Uyo was filled with great expectation, as stories about Eket, a town about 45 minutes drive from the Akwa Ibom State capital painted the picture of a sprawling oil city.

Our correspondent’s co-traveller, a famous Nollywood veteran actor was about getting disappointed when he discovered that the destination was actually not Uyo, which he was initially made to believe. But our reporter was, however, quick to assure him that they were actually heading to an oil city, reminding him that it was the same town where Dare Adeboye, Pastor Enoch Adeboye’s son, died two days earlier.

The high expectations couldn’t have been faulted, as Eket plays host to Mobil Unlimited, one of the major oil multinationals prospecting crude oil in the country. So it was naturally expected that the town, a local government headquarters, will be swimming in ‘oil money’.

The great expectation, however, gave way to despair, as they gradually entered the town and caught the first glimpse of where they would be domiciled for the next one week.

Living short of its fame

For any first time traveller to that part of Akwa Ibom State, one of the most assured feelings will certainly be that of disappointment, as the reality with Eket and its people paints totally a different picture of the fame and expectation of splendour and plenty many Nigerians have from afar.

The town still paints the picture and stubbornly retains all the trappings of a rural community that only has the opportunity of hosting an oil company and by extension, Nigerians from other parts and expatriates who work from their community. This has, however, failed to impact on the community in terms of infrastructure and human development, neither has it impacted on the economy of the town.

Living in squalor amid plenty

Okon Edet, alias Hunter, is a retired fisherman, who claims to have travelled to different West African countries on fishing expeditions, including other riverine areas of Nigeria. Though he is in his early 40s, he cuts the picture of a man in his late sixties.

Hunter, as he is fondly known, struck a cord with this reporter, as he found a listening ear, as he fondly talked about his many fishing trips and life after retirement as a fisherman.

This reporter’s path crossed his as the scorching Eket sun on Thursday, forced him to sit in what looked like nearest to nature, a place Hunter gleefully introduced as his compound. Sitting on the more than a plot of land, is a ‘bungalow’ made with planks and asbestos and rustic iron sheets. Hunter’s bungalow, a one room shanty, without toilet and kitchen facilities, is adorned all around by what looks more like a plantain plantation, where he also has other food plants.

Curiously, Hunter’s abode, where he lives with his five children, all under 12 years of age, sits directly opposite one of the biggest and most beautiful houses in Eket, belonging to a former governorship candidate in the state, painting a contradictory picture. The same magnificent edifice Hunter claimed to have provided security for while it was being built.

For Hunter, life in Eket is totally different from what people think it is from outside, as nothing is happening, especially for the indigenes, who mostly are out of work and only managing to survive on a daily basis. This, he demonstrated when this reporter called for a drink for himself and his new found friend. It was, however, shocking when he returned with just one bottle as against two. Asked why he didn’t buy his own, he said his children queried him if they will not eat when he told them to buy two bottles. So he chose to buy one and use his to look for what they will eat.

“My brother, you don’t know what you have done for me and the children this afternoon. It’s like God sent you to us”, he said thankfully after this reporter called one of the children and handed her the money to cook.

Speaking further, Hunter said it is only the politicians, the big men and Mobil workers that can boast of living a good life in Eket.
“The expectation is high and I get to meet people every time who come from outside the state but most times they are disappointed. People actually believe things are rosy here but at least, you can see for yourself. Apart from politicians and oil workers, who are not from here, nobody has anything to show for the status of Eket, as a host to Mobil,” he said.

Mobil and its COVID-19 excuse

Residents of Eket, in chats with DAILY POST revealed that most of the indigenes of the town who were working with Mobil have been home since 2020 in the wake of the COVID-19 pandemic, on the order of the company. They, however, said other workers from outside Eket, mostly Yoruba, who they said formed the bulk of the work force, have continued working.

Rex, is a local politician, with a small chops business as a side hustle, something he said he survives with at the moment. According to him, Mobil has compounded the poverty level in the town after dislodging indigenes from the services of the company hiding under COVID-19.

“When COVID-19 came, indigenes who were working with Mobil were asked to stay at home and they have remained at home without salaries or any compensation after unjustly and cleverly laying them. And to our surprise, every morning, you see long convoy of escorted coaster buses carrying Yoruba people to work. If our people cannot work, why allow others. Or are the Yoruba still working in the company immune from COVID-19?

“We have tried to make representations to the company but they seem not to be interested in dealing with our complaints and that has been their style over the years. They are taking our peaceful nature for granted and when pushed to the wall, we know what to do”, Rex said.

Also commenting on the treatment by Mobil, a former staff of the company, who preferred to be identified only by his first name, Akpan, said youths of the town are already becoming restless and unless something is done urgently by the company to address the issues on ground, its continued unhindered operation may not be guaranteed.

“Mobile has been toying the familiar line of most oil companies operating in the Niger Delta, refusing to give employment to indigenes of oil producing communities. In the case of Eket, the little jobs, which were mostly low cadre ones that we had have been taken away from us, using the COVID-19 pandemic as an excuse.

“We were not told we have been sacked but that is what it has turned to because we are not being paid but the Yoruba people and others continue to go to work and have been collecting their fat salaries. It is unfortunate that the company is treating us with contempt just because they believe that we are helpless. When it is time, they will know we are not helpless, as their military escorts will not be strong enough to withstand the popular revolt of the people.

Several residents of Eket are also quick to score Governor Udom Emmanuel low in performance in office so far, insisting that he has neglected the area since he came into office.

According to many of them, whatever can be seen in Eket and its environs as traces of development were done by the administrations of Obong Victor Attah and Godswill Akpabio, noting that Governor Emmanuel has neglected them.

“You can see a large number of ‘Okada’ riders in town, both the very young and fairly old. Many of us took to this business because of lack of what to do. No job and the state government has done nothing to help empower us to do other things that are more dignifying. I have my National Diploma, but I ended up doing this.

“Even if you can’t get me a job, empower me to be self-employed, make our roads motorable, make life more meaningful. The problem is so much that an average young girl in Eket, from the age of 18 is a potential prostitute. Many of them took to what they call hustling just to survive. You will be shocked that some of them are actually living with their parents and most times, they contribute to what goes on at home from their hustling. It is really a sad situation. We have the name and the fame, but sadly, it does not reflect on our daily lives. That fame is not real,” Okon declared.