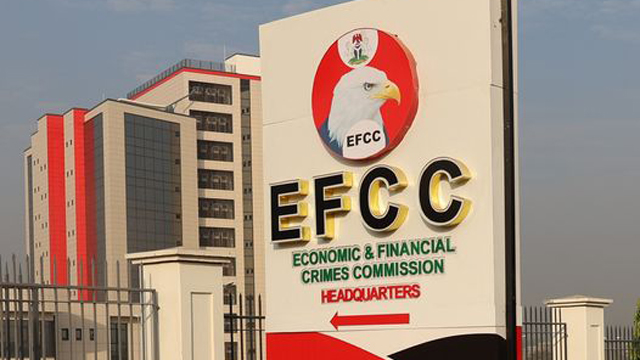 The Economic and Financial Crimes Commission (EFCC) has sensitised Civil Society Organisations (CSOs) in Sokoto State on money laundering and illicit financial transactions in the state.

The News Agency of Nigeria (NAN) reports that the workshop was organised in collaboration with the Coalition of CSOs in the state to ensure that financial transactions were done in a decent and sanitised manner.

In his address, Mr Aliyu Hassan, the EFCC Director, Sokoto Zonal Office, appreciated the coalition for collaborating with the commission toward addressing the prolonged challenges in financial transactions.

He said that EFCC was in the state for development, adding that its Special Control Unit of Money Laundering (SCUML). was established in 2005, to fight illicit financial transactions and other relevant financial crimes.

“Since its establishment, the unit has cut across all sectors of the economy making sure that financial regulations were not truncated at whatever level of transaction,” he said.

He urged the public to be cautious and watchful about financial transactions as well as remain very much vigilant about who were their associates.

In his remarks, Alhaji Hassan Maccido, the State Commissioner for Budget and Economic Planning, assured of the state government’s commitment to ensure financial prudence between NGOs and Donor Agencies.

He charged the NGOs to seek for the knowledge of their regulators on how they should operate and be subjected to registration.

Maccido identified EFCC as one of the agencies of the Federal Government that have continued to be respected following their commitment.

“EFCC should stand firm to ensure that financial dealings are done lawfully based on Money Laundering Prohibition Act 2022 and other financial regulations,” he urged

Earlier, the Guest Speaker Prof. Tukur Baba of Usmanu Danfodiyo University, Sokoto, tasked NGOs and CSOs to work together in a” checkmating government circle on how things were done.

“Our challenges in Nigeria were based on the number of illicit financial transactions and money laundering conspired by few among us.”

Baba further urged NGOs not to be over-dependent on Donor Agencies, saying, “You should rise to stand on your feet and be independent. This is the only way to achieve your collective desired objectives.”

The Coalition of Sokoto CSOs Chairman, Mr Ibrahim Shuni, said that the conference was in continuation of the EFCC week’s activities.

He urged the participants to intensify efforts and increase their performances through capacity building of members on the self-regulatory framework of their group members.

Racing against the climate crisis: moving from seed beds to the soil – Christian Aid

Racing against the climate crisis: moving from seed beds to the soil - Christian Aid