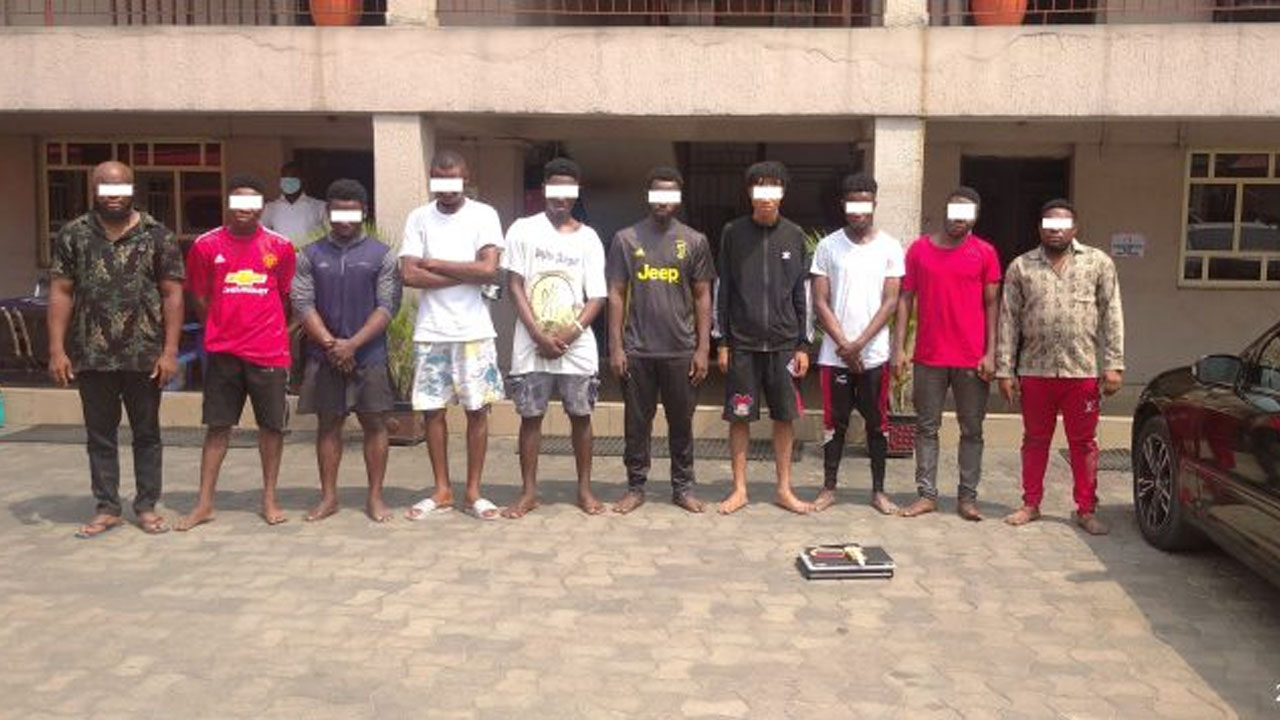 The Economic and Financial Crimes Commission (EFCC) on Wednesday said it had arrested 10 suspected internet fraudsters in Port Harcourt.

Spokesman for EFCC in Rivers, Wilson Uwujaren, said in a statement in Port Harcourt that the suspects defrauded their victims of undisclosed sums of money and properties.

“The suspects were arrested at God City Estate in Rumualgu and No. 23, Sam Mba Close, off NTA Akparale Road, all in Port Harcourt.

“They were arrested following verified intelligence about their suspicious involvement in internet-related fraud,” he stated.

The spokesman said the suspects would be charged to court as soon as the investigation was concluded.