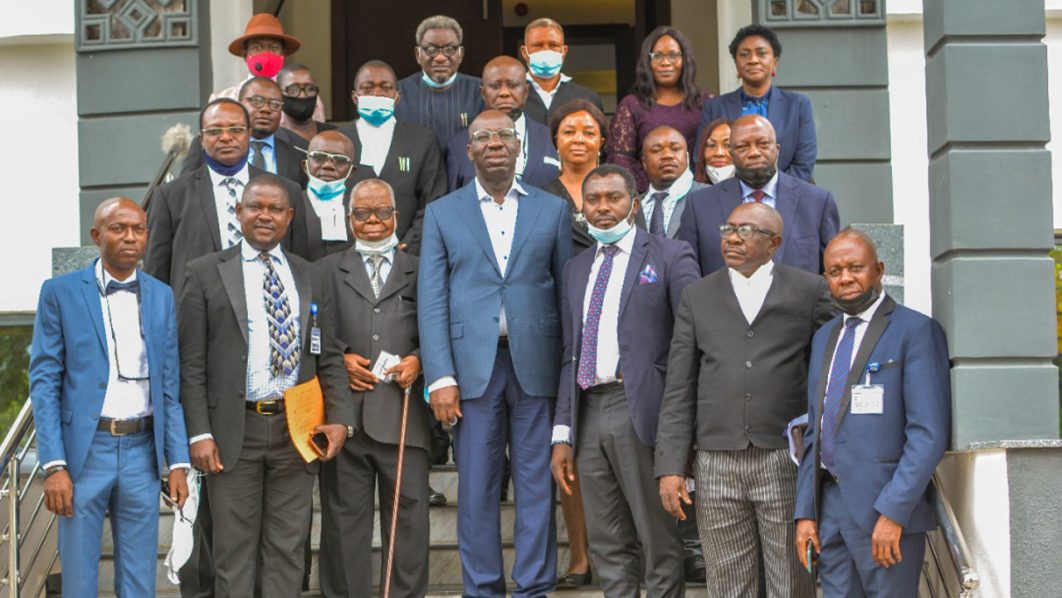 Obaseki gave the assurance when the executive of the Nigerian Bar Association (NBA), Edo State chapter visited him at the Government House, Benin City. Photo; TWITTER/GOVERNOROBASEKI

Governor Godwin Obaseki of Edo State, yesterday, assured that the state government would continue to respect the relevant section of the 1999 Constitution on judicial autonomy.

He gave the assurance when the executive of the Nigerian Bar Association (NBA), Edo State chapter visited him at the Government House, Benin City.

He said the autonomy and independence of the three arms of government were best for the country’s democracy, noting that his administration had continued to obey and respect the relevant section of the 1999 Constitution (as amended) on judicial autonomy.

“The issue of judicial autonomy and independence should not be in question or in doubt, as the functionality of the three arms of government independently is best for Nigeria’s democratic system.

“I have listened to your presentation and wondered what the real issues are. But I think it is one of communication. It is not in the best interest of our democracy for the three arms of government not to be independent and autonomous, as one has to check the other. The issues of autonomy and independence should not be in doubt.”

Chairman of the Edo State Chapter of the NBA, Pius Oiwoh, said: “We are here to present a letter on judicial autonomy as directed by the National Secretariat of the NBA and which we have been canvassing and agitating for overtime across the country.

“It will be a continuous engagement so that the provision of section 121 sub-section 3 of the constitution, which provided for financial autonomy of the judiciary, will be guaranteed and complied with. We have heard from the governor and are satisfied.”

MEANWHILE, following the suspension of 14 lawmakers from the Edo State House of Assembly, the people of some of the constituencies have raised concerns over their non-representation for nearly two years.

The crisis in the Edo State House of Assembly began when 12 of 24 lawmakers-elect were inaugurated on June 17, 2019, following Governor Obaseki’s proclamation.

A former Speaker of the House, Frank Okiye, had in December 2019, declared the seats of 14 lawmakers vacant for being absent from seating for a mandatory 181 days.

Okiye said two of those affected from Oredo East and Owan East, were sworn in but failed to meet the mandatory 181-day sitting requirement for members in a year.

Reacting to the development, Speaker of the House, Marcus Onobun, said he was worried that several constituencies were currently not represented in the Assembly.