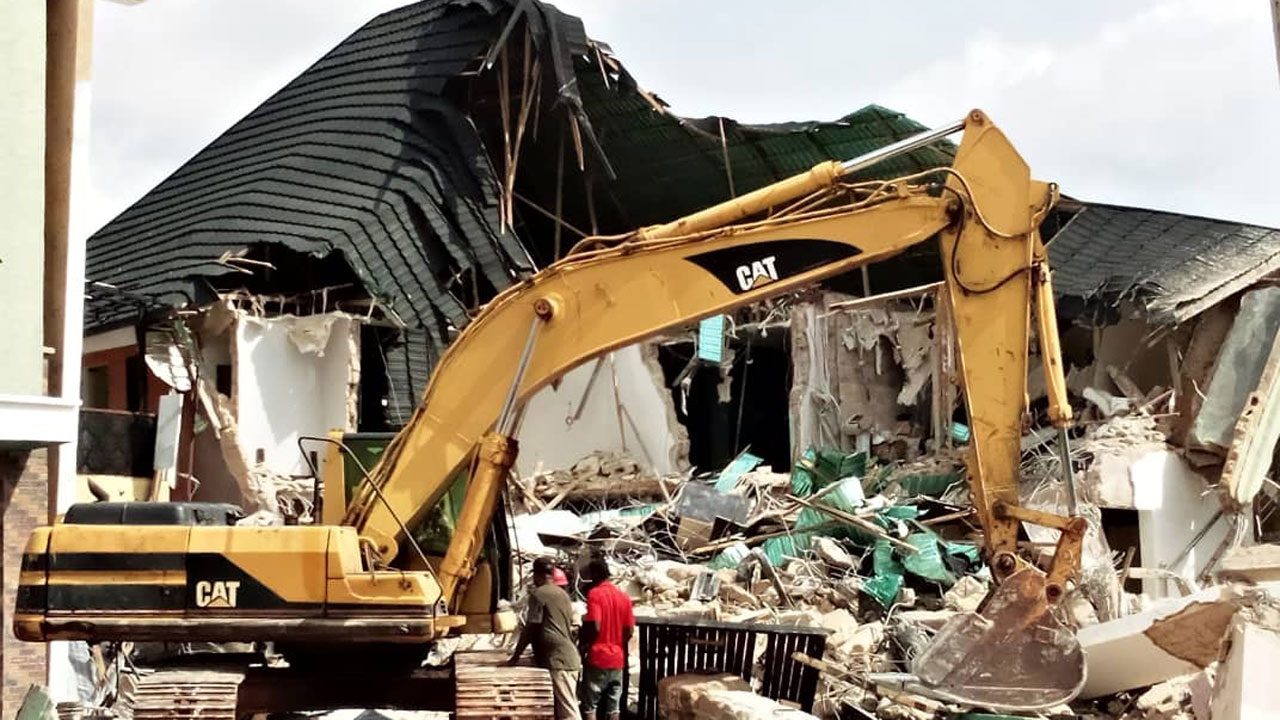 One of the demolished property

In line with the urban renewal agenda of the Governor Godwin Obaseki-led administration, the Edo State Government, last week, commenced the enforcement of its physical planning laws by demolishing illegal structures in parts of Benin City.

The state, in a notice dated June 18, 2021, and signed by the Permanent Secretary, Ministry of Physical and Urban Development, Chris Abode, said the demolition of illegal structures following the expiration of notices earlier served on them for violating the state Extant Town Planning Laws and Regulations.

The ministry, at the weekend, commenced the exercise from a private property in Aideyan Road, Government Reservation Area (GRA), Benin City.

According to the ministry, the owner of the property had earlier been served notice on his property at 13, Aideyan Street, on the Ihama axis of the GRA in Benin City.

The notice was served on June 6, 2021, with a reminder to the owner to remove or demolish the building after it allegedly failed to meet necessary approvals. Indications on the notice pasted on the front wall of the property show that the property owner disregarded two notices served on January 5 and May 31, 2021 to halt construction and remove the said structure, but continued development without obtaining necessary development permits from the State Ministry of Town Planning and Urban Development.

The demolition was said to be connected with the conversion of the property from a residential apartment to a hotel without approval from the appropriate authority.

The government also demolished a building housing over 60 stores, which was under construction at 90, Akenzua Road, in Benin City.

Investigations revealed that the owner of the building did not approach the appropriate authorities for approvals.

A resident in the area, who spoke on the condition of anonymity, commended the government for the action, noting that it would serve as a deterrent to others, who plan to disregard the state’s town planning laws.

“When I was growing up in the 70s and 80s, there was no flood or erosion because town planning laws were obeyed strictly.”

However, today, it’s different due to corrupt practices. People build houses on moats and block waterways with their structures because they know somebody in power. This is a step in the right direction by the government,” he noted.