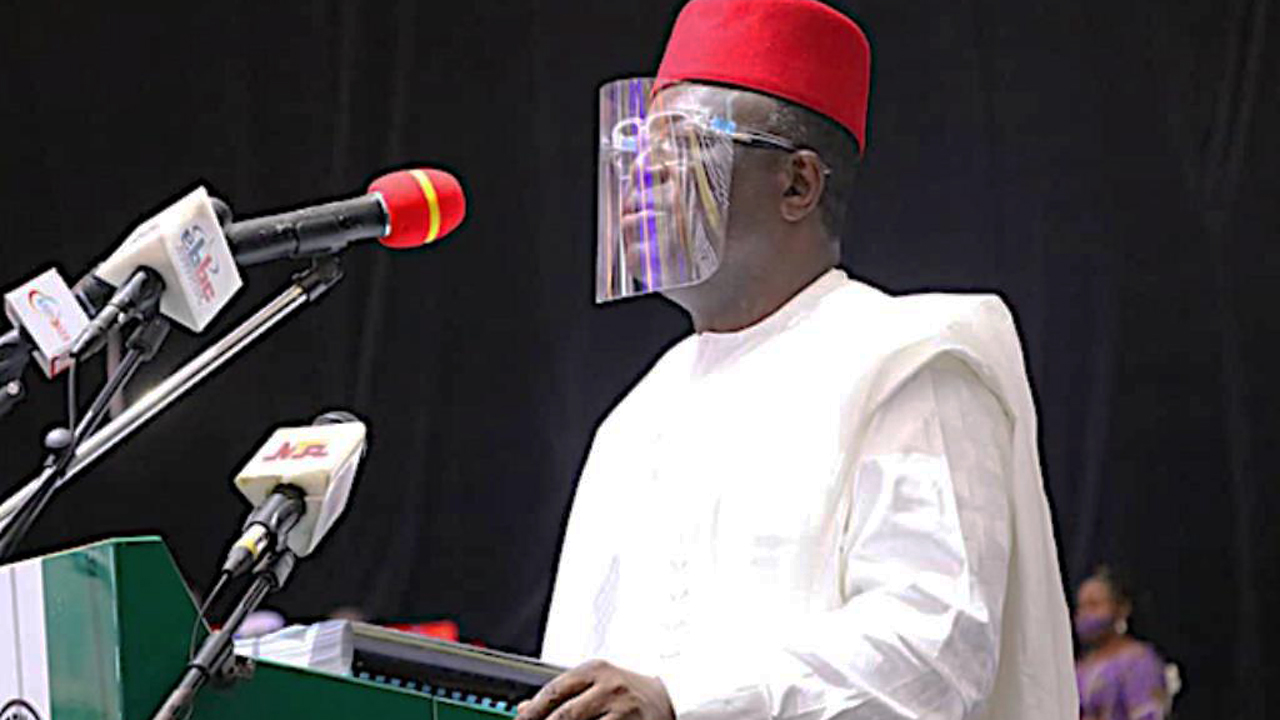 Umahi gave the ultimatum after a security meeting at the government house Abakaliki, Ebonyi State capital.

The governor also placed 10 hours curfew on the state entry and exit points adding that the curfew will begin from 8:00 pm to 6:00 am and defaulters will pay N1 million fine.

Also, Umahi ordered the security agencies to bring to book within 72 hours, those behind the killing of a policeman and two soldiers.

Umahi also placed ban on social gatherings at night, stating that events such as wake keep, clubbing, among others should not exceed 6pm and that the defaulters will also pay N1million fine.

He unveiled the Ebube-Agu South East Security of Ebonyi State Chapter while ordering ‘okada riders’ in the state to form their vigilante group or they will be banned from operating in the state.

“We are aware that there are some killings over the weekend; a policeman was killed, two army men were killed and I think one civilian and their killers are pure bandits. They do these killings and put it in social media that they are members of IPOB or ESN.

“Without standing for either IPOB or ESN, but they continue to deny that they are not into violence but for me, criminality is criminality and I have directed security agencies to crack down on all criminal activities in the state. And for those who did the killings, the security agencies must bring them to book within 72 hours, they must do that.

“We agreed that there is rampant of fake news in Ebonyi state. Like today, somebody posted that herdsmen are in Ebonyi and they are killing people and schools started closing down, students and pupils started running helter-skelter, is that what we will continue to tolerate?

“We have directed that all wake keep in the state must end by 6:pm and the local government Chairmen, security agents and Ebubeagu must enforce this.

“All social activities must end by 6:pm. When you defy this order, you will pay a minimum of N1million because a lot of hoodlum activities happen during this week keep going into the night.”