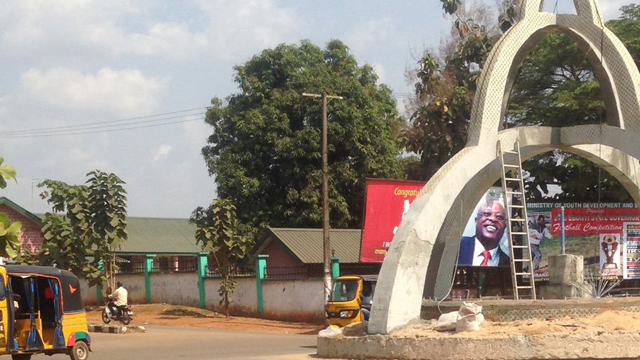 Association of Ebonyi State Indigenes in the Diaspora (AESID) have cried out over the murder of their kins, which they put at 500, in Effium community, Ohaukwu Local Council of the state.

The association called on the Federal Government to immediately declare a state of emergency in Ebonyi to stop the killing defenceless citizens in the area.

In a statement in Abuja yesterday, AESID president, Pascal Oluchukwu, claimed that 500 natives of the once peaceful community lost their lives with properties worth millions of naira destroyed in the war allegedly provoked by the Korri natives to wipe out Ezza indigenes.

AESID’s position is coming against the backdrop of attacks by hired militia in fake military uniforms on Tuesday in an Ezza-dominated village.

The group recalled that mercenaries had stormed Nwekendiagu village in Effium, an Ezza enclave, last Thursday, killing over 15 persons and burning over 200 houses, including a fuel station in the area.
CONSEQUENTLY, Governor David Umahi has ordered immediate dusk to dawn curfew in Effium to avert further killings.

Umahi made this known yesterday in a statement issued through the Deputy Governor, Dr. Kelechi Igwe, in Abakaliki.

The governor, who issued the order shortly after he visited the community, announced that the military and the police had been fully deployed to man all exit and entry points, including forests and bush parts, to enforce the order.

Also, following the attack by suspected herders on Egedegede, Obegu, and Amuzu communities in Ishielu Local Council of Ebonyi, Umahi has called for justice.

He expressed sadness over the gruesome murder of defenceless natives by the marauding herders and charged security operatives to unravel the perpetrators of the dastardly act and bring them to justice.

The governor stated this when he visited the communities to ascertain the level of carnage.

The attack, which reportedly occurred on Monday night, led to the death of at least 15 residents.

Special Assistant to the Governor on Media and Publicity, Francis Nwaze, stated: “I got very shocking news this afternoon about the attack on about four communities of Nkalaha, Obegu, Amaezu and Umuhuali in Ishielu Local Council by AK-47-wielding herdsmen that came yesterday and killed 15 members of these communities.

Umahi also appealed to the natives to remain calm and shun reprisal attacks while security agencies swing into action to apprehend the culprits.

HOWEVER, indigenes of Ezza Effium have petitioned the Federal Government over the lingering crisis in the community.

The petition filed through their solicitor, Sampson Ekigbo, and signed by Chinedu Awo, urged the Buhari government to take decisive actions to restore peace and normalcy in the troubled community.

They urged Buhari to deploy professional security agents to forestal genocide in the community.
CHRISTIAN Association of Nigeria (CAN) in the South East has described as “gruesome and unwarranted” the murder of about 16 indigenes in Ebonyi by suspected herders.

Meanwhile, the World Igbo Peoples Assembly (WIPAS) has called on Nigerians to rise and protect themselves against killer herdsmen, insisting that there were clear indications that the group was prepared to overrun the country.

Rising from its emergency meeting in Enugu, yesterday CAN express shock over the murder of defenceless villagers.

The Chairman, Bishop Goddy Okafor, said the latest killings should serve as a wake-up call to southeast governors on security-consciousness.

Lamenting the killings of innocent farmers in Uzouwani (Enugu) and Ishielu (Ebonyi), WIPAS Board of Trustees (BOT) chairman, Chuks Ibegbu, lambasted southeast governors for playing politics with the security of life and property. He blamed them for their insensitivity to the attacks.

Ibegbu, who called for arrest and prosecution of those behind the attacks, insisted that it would have been checked if the governors had listened to the voice of reason and formed a regional security outfit in the zone.

He urged the people of the region to support the Eastern Security Network (ESN) to enable them to succeed in the zone.

The group also condemned President Muhammadu Buhari for embarking on a medical trip to London when the country was bleeding.