DSS mum over alleged arrest of Igboho in Cotonou 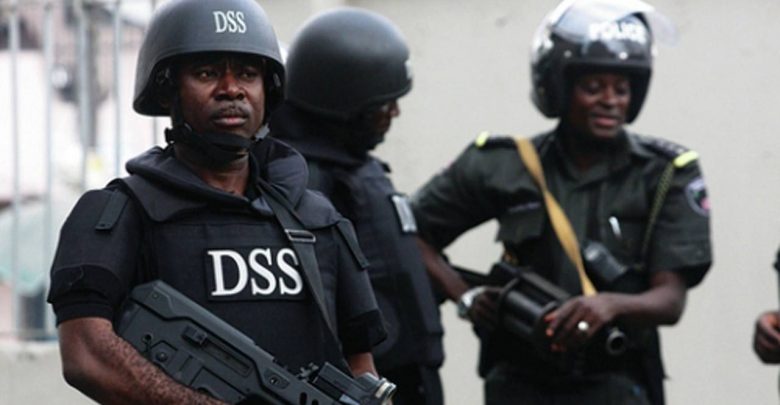 Hours after the report of the alleged arrest of Yoruba Nation agitator, Sunday Adeyemo, also known as Sunday Igboho, broke out, the Department of State Services (DSS) is yet to confirm the authenticity or otherwise of the story.

DSS spokesman, Peter Afunanya, did not respond to multiple text messages sent to him by The Guardian seeking confirmation on the matter. Neither did he respond to calls.

Media reports said Igboho was allegedly arrested at an airport in Cotonou on Monday night on his way to Germany.

The report claimed the Yoruba Nation agitator would be repatriated to Nigeria from Benin Republic today.

DSS had declared him wanted for allegedly stockpiling arms, an allegation he has since denied.

Igboho’s arrest comes weeks after that of Nnamdi Kanu, leader of the outlawed Indigenous People of Biafra (IPOB).

Two associates of the self-acclaimed activist were shot dead in an exchange of gunfire with the security operatives while 12 suspects were arrested during the operation.

At a press briefing at DSS headquarters, Afunanya had vowed that Igboho would be tracked.

“The gun duel which lasted for an hour offered IGBOHO the chance to escape. Sunday ADEYEMO a.k.a Sunday IGBOHO is now on the run,” Afunanya said.

“IGBOHO may run as far as he can. He may hide as long as he wants. He might have attacked security operatives as his strength carried him. But this will be the end of his shenanigans.

“Soon, he will not have a hiding place. His strength will sure fail him. And the law will catch up with him. The law may be slow. But it will be steady.’

“Consequently, ADEYEMO/IGBOHO is advised to turn himself into the nearest security agency. Those cheering and eulogising him may appeal to or advise him to do the needful.

“He should surrender himself to the appropriate authorities. He or anyone can never be above the law. Meanwhile, those arrested will be charged accordingly.”