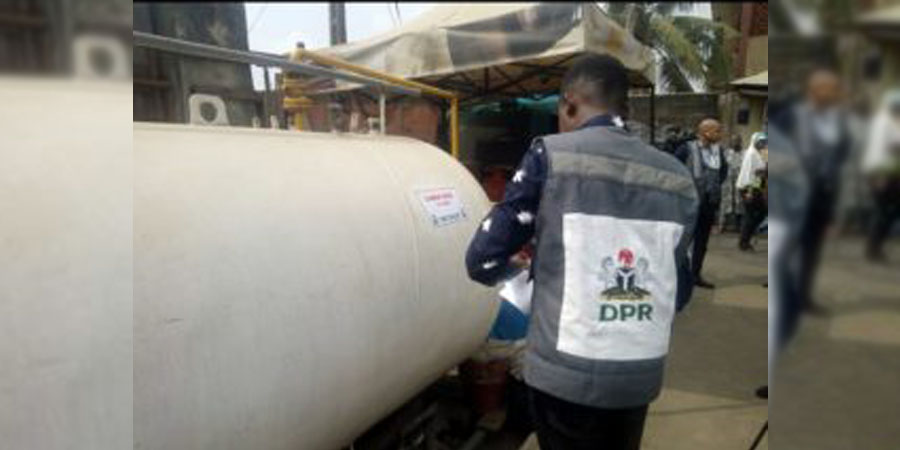 A DPR official sealing one of the illegal gas plants at MKO Abiola Market, Agege on Wednesday Photo:NAN

Mr Paul Osu, Head, Public Affairs, DPR made this known in a statement issued on Wednesday in Lagos.

According to him, the plants were also operating without prerequisite approval or licence from the regulatory agency.

Osu said some of the sealed plants were
operating under high tension electrical installations and other unapproved locations.

He noted that the move was aimed at reducing the occurrence of gas explosion and fire incidents in Lagos State.

Osu said the DPR would continue to clamp down on such illegal plants while at the same time sensitising the public on the need for safe usage and distribution of gas.