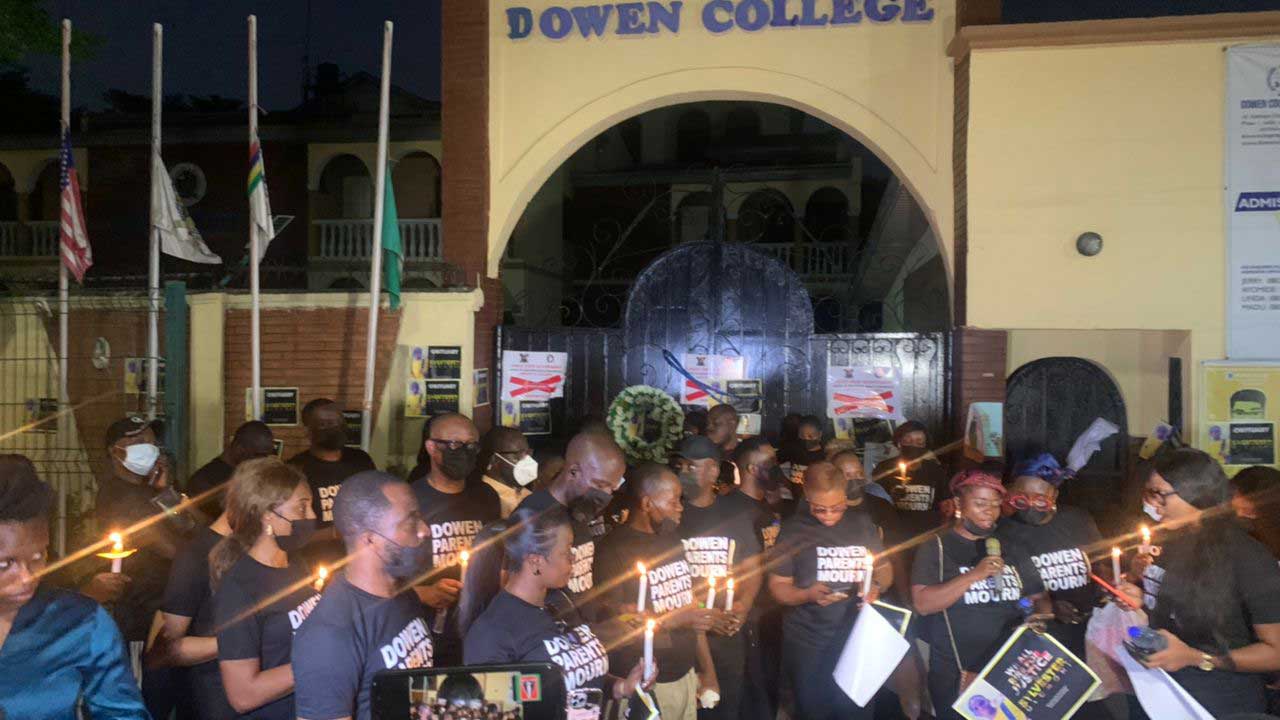 The parents’ forum of Dowen College, Lekki, Lagos has called for harsh punishment for the killers of Sylvester Oromoni, the late 12-year-old student of the school, who was allegedly tortured over his refusal to join a cult group in the school.

The parents, who held a candlelight procession in honour of the late student at the school premise, said they relied on the authorities to ensure that justice was done regardless of the social statuses of the culprits.

The forum also asked for a resolution that will bring relief to the bereaved family, other parents, students of Dowen College and the public, which include a change of the school management and hostel teachers, installation of CCTV cameras in all strategic locations and overhauling of the school security system.

An executive member of the Forum, Oluwaseun  Ajila told The Guardian that parents would ensure that their demands are implemented.

She said although she had complaints by her daughter, who has been in the school for two years for which she met with the school authorities, none was life-threatening.

On why there was no Parent–Teacher Association (PTA) in Dowen, she said: “This is a very sensitive issue. I am relatively two years in Dowen and I can say there has not been any history of PTA in two years because of coronavirus. Someone can ask why a meeting can’t be held through zoom if there’s no physical gathering, but there were few gaps, but as parents, we must get involved. We must ensure that there is a proper society because the institution itself starts from home and transits to the larger society.”

Mrs. Ajila called for a national robust anti-bullying policy to avert a recurrence in schools.

She said: “Children must be aware of the consequences of each of their actions. Any child that errs must be suspended and expelled if flouted again, without being able to go to any other school in the country.

Another parent, Ronke Jalil, who said her son Nicholas Jalil was in the same class with Sylvester, said the news of his death was very sad because it happened on my son’s birthday.

“My son told me he had gone home when I looked for him, but we found later that he’s gone,” she empathised.

Mrs. Jalil called for harsh punishment for those involved in bullying to serve as a deterrent to others.

Another parent, Charles Emelogu said: “The school has a policy on bullying but I didn’t know how well they implement it. We are watching how things unfold.”

A parent, who spoke in confidence, said the system must be sanitised, while withdrawal of children from the school was not the solution.