President of the Nigerian Senate, Ahmad Lawan, has said that the presence of elected local government administrations would, to a large extent, improve the security situation in the country.

Lawan disclosed this on Saturday while speaking to newsmen in his home town of Gashua, immediately after casting his vote at Katuzu ward during today’s local government election in Yobe State.

He said the local government councils should be administered by elected representatives whose primary responsibilities are to advance the interest and ensure the welfare of the people at the grassroots.

The Senate President, who bemoaned the absence of elected local government councils in some states of the federation, commended the Governor of Yobe State, Mai Mala Buni, for complying with the provisions of the Constitution in recognizing the importance to have local government elections in the state. 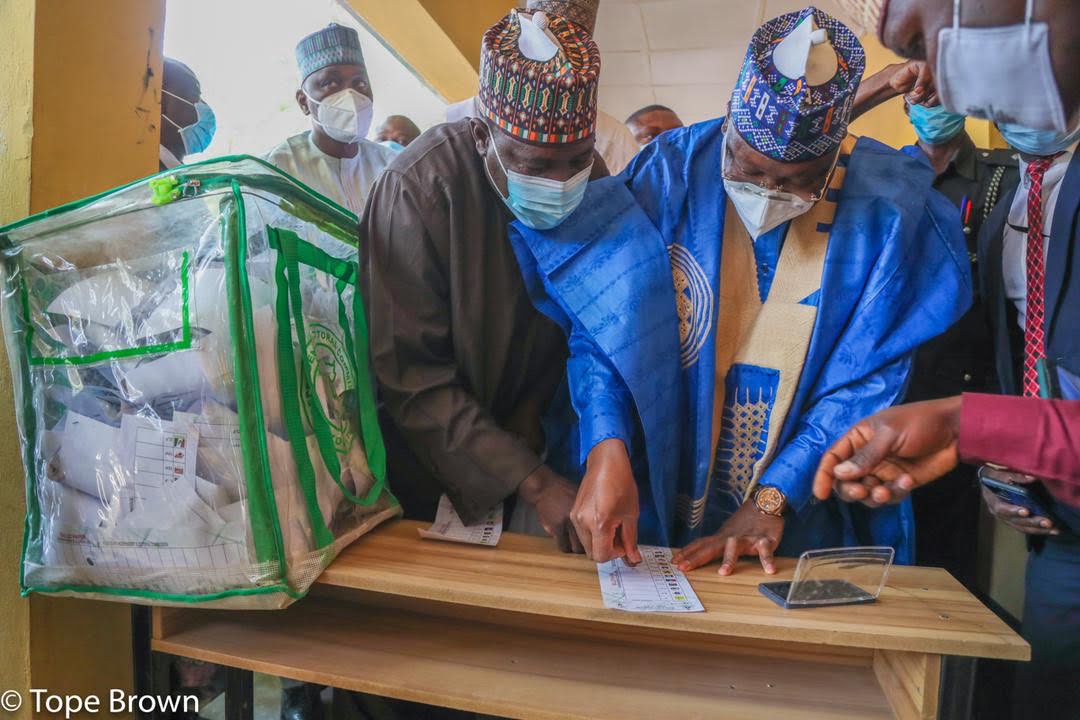 His words: “This election is a very clear testimony that Yobe State Government is compliant with the provisions of the Constitution, that we should only have elected Council Chairmen and Councillors, who are the legislative arm of the Councils.

“This is a clear demonstration of our belief in the sanctity of the local government administration in Yobe State, and I want to congratulate and commend the Governor, His Excellency, Mai Mala Buni and his team, for organizing the local government election which is being held today across the state.

“I also want to commend the people of Yobe State, particularly the APC members and our friends, for coming out en masse to vote for our candidates in their local government elections,” he said. 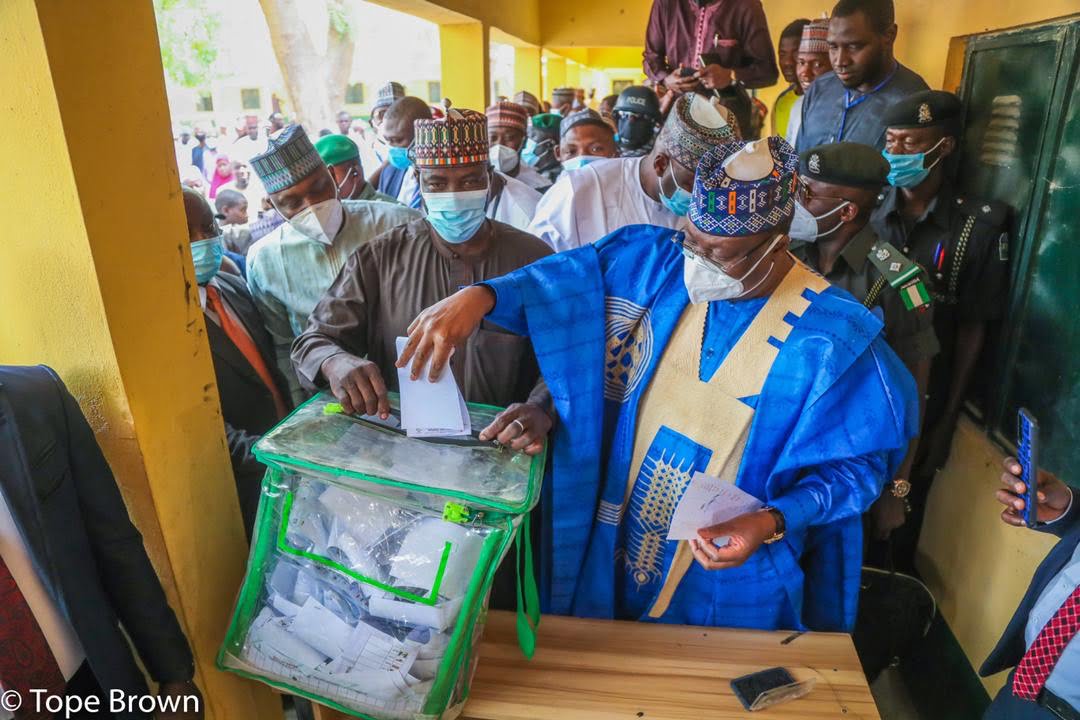 Underscoring the need for Local Government Administration, the Senate President pointed that the degeneration and absence of elected Local Government Councils in some parts of the country were partly responsible for the high level of insecurity ravaging the affected states.

Lawan said: “I think I’ll take the opportunity here to make this call that all over the country, local government councils or governments should be administered by elected local governing councils – those who represent the people truly.

“Over the years, the local governments have suffered; the administration in many places have crumbled, and I’ll take this opportunity to posit that part of the problems of insecurity in Nigeria could be attributed to the degeneration, or maybe even complete lack of local government administration across the country.”

According to Lawan, the plan to have in place elected local government councils in the various states of the federation took effect in 1976, and provided the platform for elected leaders at the council level to be of direct service to people at the grassroots.

He added that the absence of the same, to a very large extent, continues to interfere with and hinder the complementary roles of traditional rulers in their bid to ensure stability and security across the country. 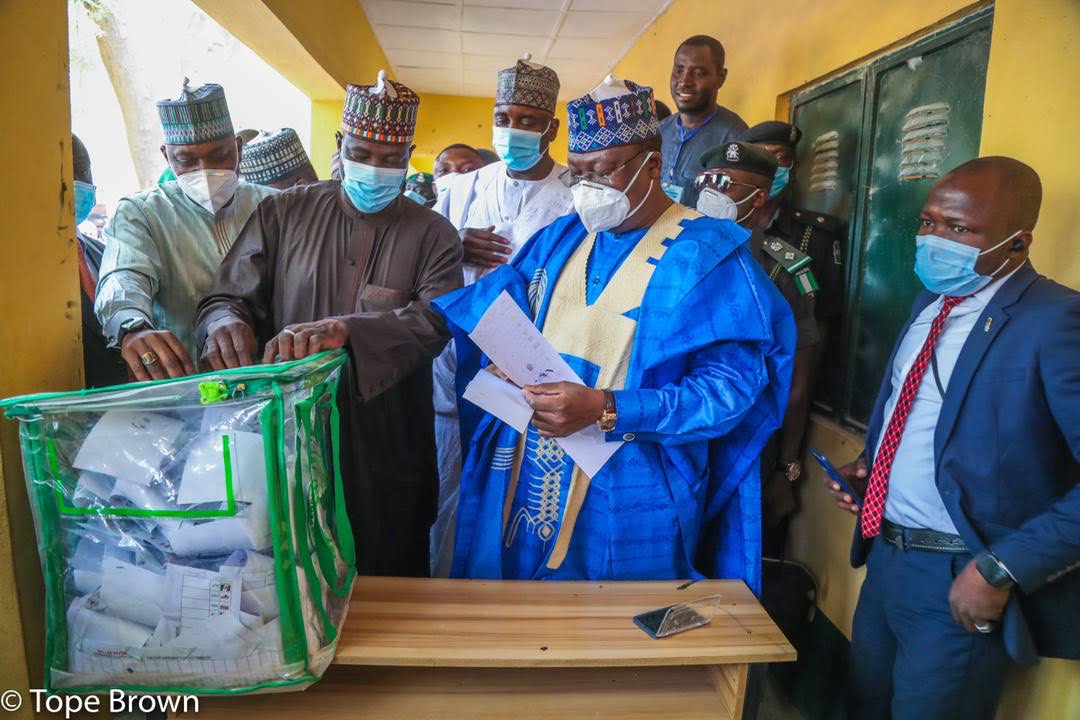 “Remember, the local government administration that started in 1976 provided the platform of leaders for ordinary people – those that are in the grassroots – to contact their leaders immediately if they have issues or their leaders are able to mobilize them for government-initiated projects.

“I want to make this call that in our efforts as a government – States and Local Governments – we should ensure that local governments across the country are brought back fully, because you just have to get the puzzles properly put together, and you cannot get it right without the local government administration in place.”

While commending President Muhammadu Buhari for throwing his weight behind autonomy for local governments, he assured that the Ninth National Assembly would continue to do all within its powers to ensure that local governments receive the needed support to serve and motivation and incentive for elected representatives to perform optimally.

“For us at the National Assembly, we have always believed that local governments should have autonomy, and we stand on that,” he said.