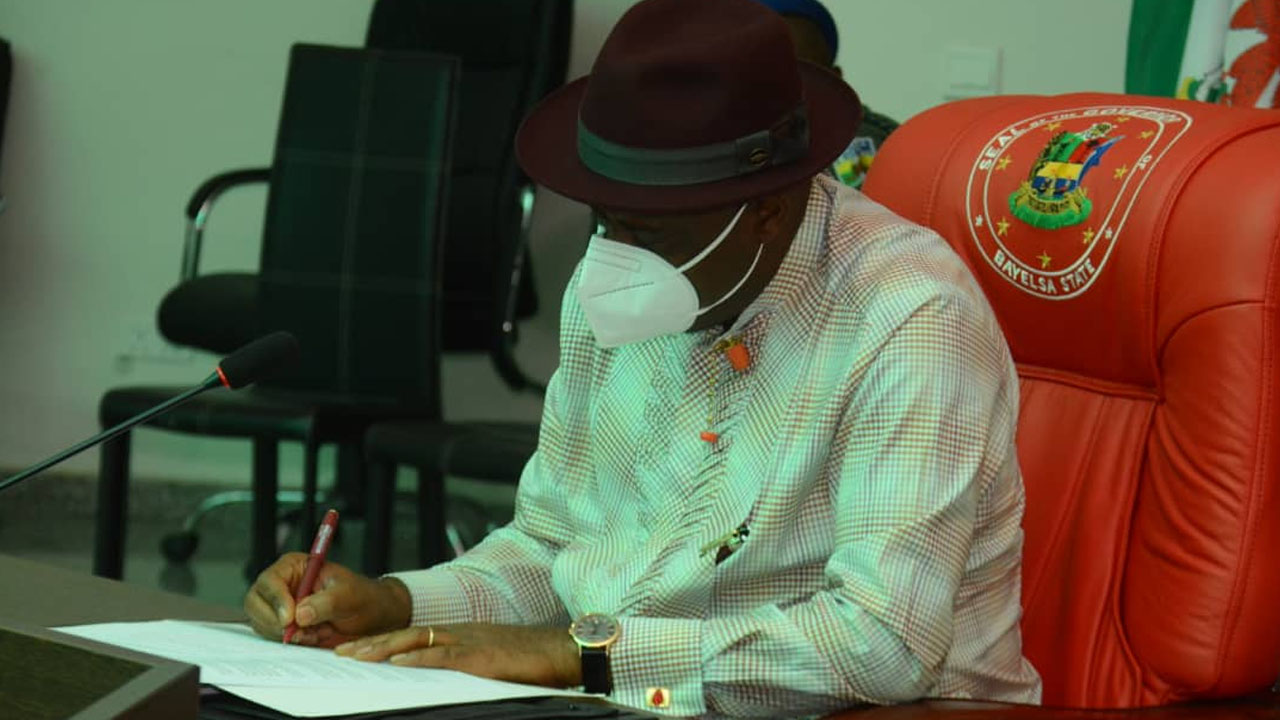 Gov. Duoye Diri of Bayelsa has banned logging and other deforestation activities as part of efforts to protect the state’s forest reserves and rare plant species.

The governor announced this in Yenagoa on Tuesday at a ceremony to mark this year’s International Day of Forests.
Diri directed that all commercial timber dealers must obtain a permit from the Ministry of Environment henceforth, before embarking on logging activities.

He called for a fresh bill to repeal obsolete environmental laws and directed the environment ministry and civil society groups to work with his office to prepare and send such bill to the House of Assembly.

Diri said that his administration was determined to protect all species within the state’s reserves through a legal framework.

“It is interesting that somebody that came from Cameroon has told us about a species in the world found only in our state and yet we cannot protect it. This bill should look at ways and means of preserving such rare species in our forests,” he said.

The governor, who frowned at the use of dynamites by fishermen, also directed that the bill should make the use of explosives on the state’s waterways an offence.

Diri said that his government which preaches prosperity, should not fold its arms and watch forests in the state degraded.

He urged the Commissioner for Environment to reform the forest guards and deploy them to their respective local government areas to ensure effective protection of the reserves.

The governor also granted the request by the ministry of environment to adopt six proposed forest reserves in the state.

The Commissioner for Environment, Mr Iselema Gbaranbiri, had earlier explained that the International Day of Forests was declared by United Nations General Assembly to raise awareness on the importance of forests for the benefit of all generations.

According to him, the state has six forest reserves – the Taylor Creek, Edumanom, Apoi Creek, Nun River, Igbedi Creek and Ikebiri Creek.

Coordinator of the Red Colobus Conservation Network, Miss Florence Aghomo, from Cameroon, in a remark, advised the Bayelsa government to act responsibly towards preserving its forests which she said had great socio-economic benefits.

Aghomo said that Nigeria was home to two of 18 Taxa species known to science, with one of them – the Niger Delta red Colobus – found in Bayelsa.

She added that the second – Preuss’s red colobus – was in Cross River.

“These species must be preserved carefully,” she said.

Mr Morris Alagoa from the Environmental Rights Action (ERA), lauded the governor for organising the historic event and appealed for the establishment of a zoological garden and community forest-driven management in Bayelsa.

The News Agency of Nigeria (NAN) reports that the event witnessed the planting of trees by Diri, his deputy, Mr Lawrence Ewhrudjakpo, and other top government functionaries.