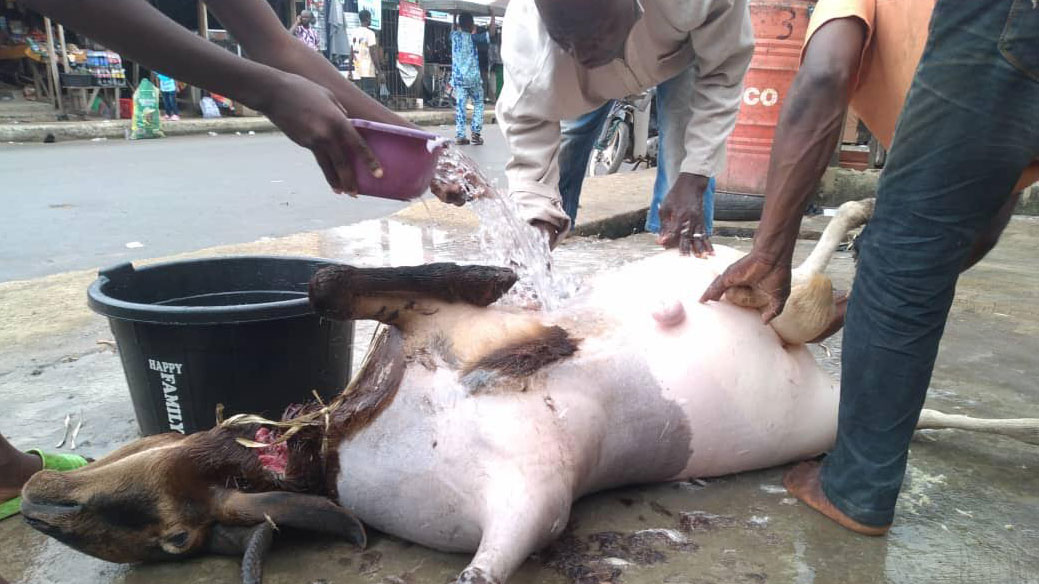 Pockets of deaths and traffic violations, yesterday trailed the celebration of Eid-el Kabir by the Muslim faithful in Nigeria. The celebration, which was without the usual fun fare, started with Eid prayers at mosques and Eid grounds as early as 9.00a.m., followed by the traditional slaughtering of rams.

Although, the weather was clement, the celebration was low-keyed, devoid of the usual pomp and pageantry because of the hike in the prices of foodstuff, cows, rams and other items needed to celebrate the festival.

Many faithful could not visit fun centres because of the COVID-19 guidelines. Also, many, who usually procure a large number of rams to share with their neighbours in commemoration of the day, opted for cows, while those who could not afford it, went for chicken.

However, it was a mournful celebration for families of ten travellers who were involved in a motor accident in Ilorin. The Guardian gathered that the corpses of the victims have been deposited in a morgue at the General Hospital in Ilorin.

The Federal Road Safety Corps (FRSC) Sector Commander, Mr. Jonathan Owoade, said the accident occured on Oko Olowo/Oloru road at Iyemoja on the outskirts of Ilorin, the state capital, adding that the crash was as a result of speed violation.
He said: “The Olooru Unit Command of the FRSC received a call at around 3:50p.m. today about a crash which occurred at Iyemoja on Oko Olowo-Olooru road axis.

“The crash was a lone fatal one involving a black commercial Toyota Hiace bus with vehicle registration number LND 742XK.
“18 persons were involved and unfortunately 10 of them lost their
lives and eight other person’s injured.

“The cause of the crash was as a result of speed violation,” he added. Similarly, 108 motorists were arrested for driver’s licence violation in Anambra State. The FRSC said it was part of  the “Operation Show Your Driver’s
Licence” in the state.

The  Sector Commander, Mr Adeoye Irelewuyi, who decried the habit of driving without valid licence, said the operation would reduce the number of unqualified drivers on the highways.

According to him,  without investment in human capital, there can’t be a peaceful government.    The cleric, who spoke  at the Eid-Kabir praying ground in Afariogun, Oshodi, Lagos said: “We pray that Allah forgives everyone because the situation in the country and in the world calls for seeking God’s intervention. We ask God to touch the lives of both the governed and the government to know the right thing to do.

Also, the chief Imam, Aranse Oluwa Central mosque, Mafoluku, Oshodi, Lagos, Alhaji Abdulrasheed Abubakar said: “Today is known to be Eid Adha day, a day prophet Muhammed commanded his prophet to slaughter his son and when he decided to slaughter his son, Allah now told him that for him to have obeyed means that he has followed his commandment so he decided to give him a ram for the sacrifice instead of his son.

“So Allah commanded our prophet that all Muslims should go out and perform Suraka SUraj just like our prophet did and after they perform it they should slaughter ram and share it among the less privileged people.”
Speaking on the significance of the celebration, the Chief  Imam said the celebration has nothing to do with the blood of the ram being slaughtered and  has nothing to do with the flesh but Allah.

According to him, those who God has blessed with money to slaughter ram should give to the less privileged around them.
He said it is forbidden for one to be drinking alcohol with this ram or with girlfriends. My advice for people is that the fear of Allah should be there and pray so that this will not be the last celebration.

He continued: “Allah commanded our prophet to teach us and guide us on ways we would live peacefully in this world. In one of his teachings, he said it is better for one to give admonition to people and lead by example. So that what you are saying will not be different from your actions. But if what you are doing is in the reverse, Allah will now send the wicked among you to be your leader.