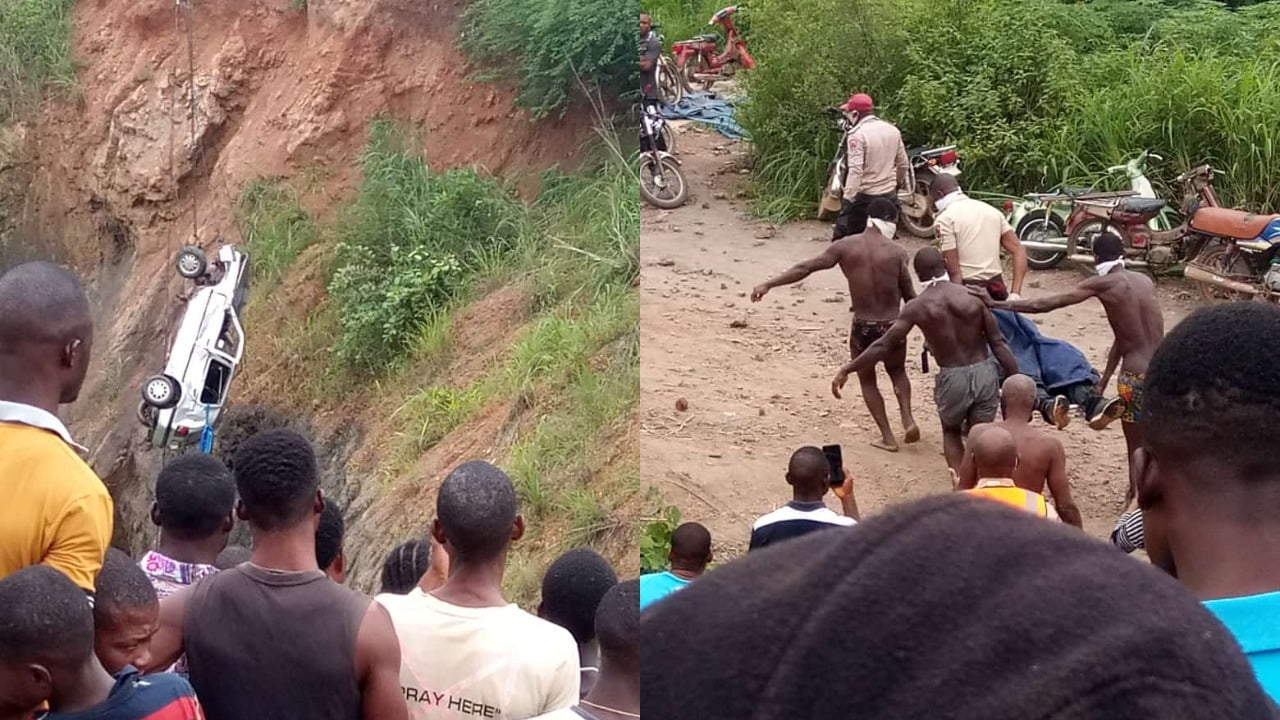 The governor revealed further that the late APC youth leader, alongside two police officers, were on their way to an official function at Ikwo LGA before the unfortunate incident happened.

According to him: “We learnt of the unfortunate incident of an accident here on this road that was on Saturday. The accident is still a mystery to all of us, that was the APC Youth Leader with some policemen that were going for a function and the accident happened.

“We do not know the cause of the accident, we do not know what happened but it’s quite very mysterious how it happened that even the wages of the sand could not stop them and the small vehicle plunged into a pit that was dug over 20 years and not closed.

“It is very unfortunate and we have been fighting this issue of digging pits, harvesting lead, zinc and shippings without closing it back. We have been fighting with miners in Ebonyi state over this issue. And so, the Chief of Staff is here who also doubles as the Commissioner for Solid Mineral.

“We are going to identify all the pits in Ebonyi state whether it was dug for lead, for zinc, for shippings or any other mineral in Ebonyi state. we have to identify who did it and then the closing of these pits must commence by next Monday,” he stated.