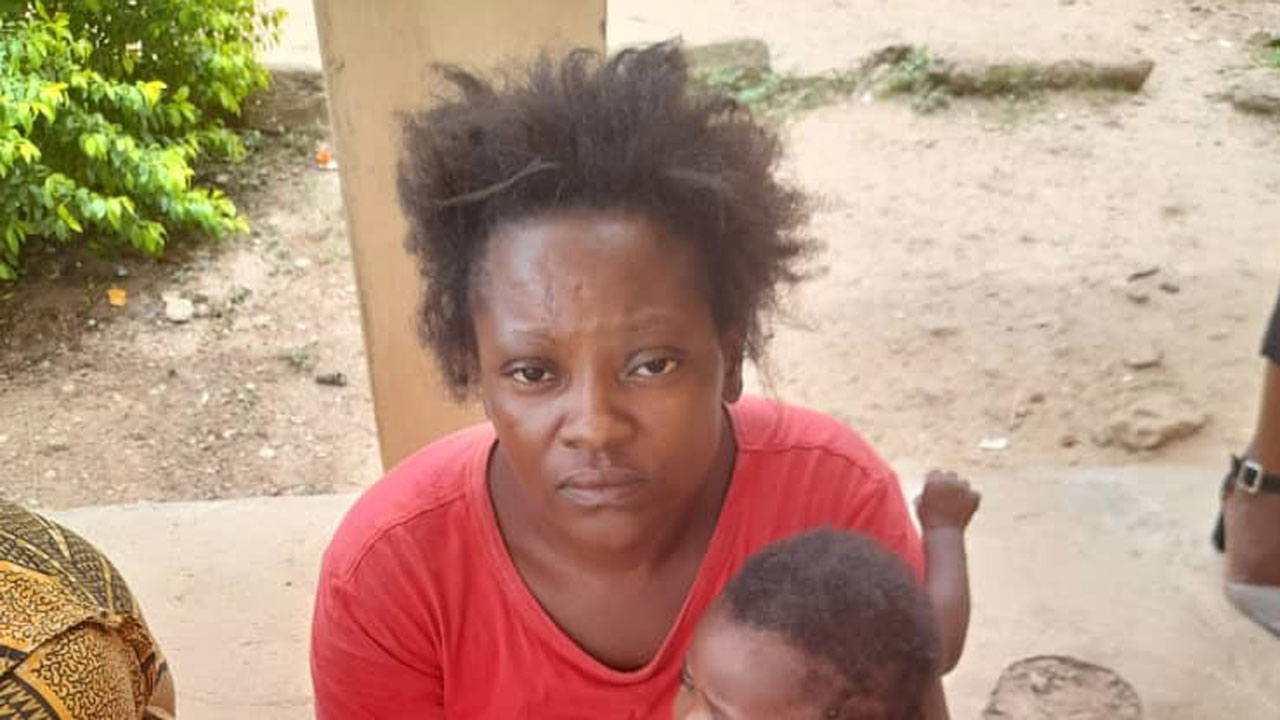 A 30-year-old woman in Ondo State, Mrs Blessing Jimoh, has been arrested by operatives of the Ondo State Police Command for allegedly killing her mother, Ijeoma Odo.

Blessing, who was paraded alongside other suspected criminals, said she killed her mother with a cutlass after a pastor accused her of witchcraft.

According to Blessing, a mother of four, the crime was committed while they were working at their farm in Ile-Oluji area, Ile-Oluji/Okeigbo Local Government Area of the state.

She claimed to be mentally unstable when she committed the crime.

“It was the challenge I am facing that caused me to kill my mother. I am not happy with what I did. I cut her neck with a cutlass. It was a pastor that told me she was a witch and I went to beg her. My mother is from Enugu State.”

Ondo State Commissioner of Police, Bolaji Salami, said the suspect, alongside others, would soon be charged to court.