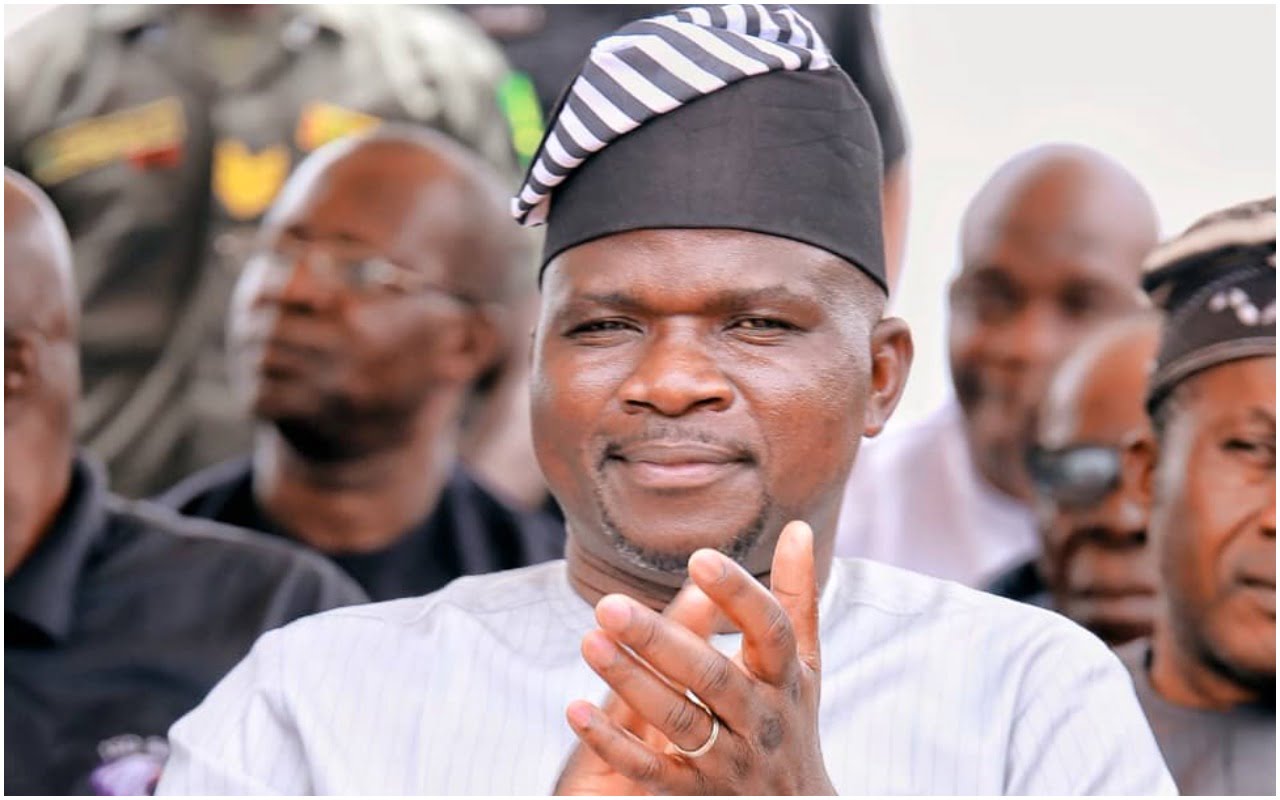 An African Proverb goes with the saying ‘A man who pays respect to the great paves the way for his own greatness’. This is the exact case of Terver Akase, the Chief Press Secretary to Governor Samuel Ortom of Benue State.

Again, as the renowned French Military and Political Leader, Napoleon Bonaparte once said ‘Great people are meteors designed to burn so that the earth may be lighted’, this is another lucid description of the man Akase.

I first met Terver Akase early 2008 in Port Harcourt when he was deployed as Rivers State Correspondent for Radio Nigeria’s Network News. Then, I had just joined the Newsroom at Treasure 98.5 FM, one of the FM Stations owned by the Federal Radio Corporation of Nigeria having left Niger Delta Standard Newspaper where I had worked as a News Reporter and Sports Journalist from 2005.

Our first ever meeting struck a lasting friendship characterized by mutual respect. Terver is not just a brilliant and intelligent journalist, he is simple, humble, a team player and has a knack for excellence.

As Desk Editor at Treasure FM back then, his reports were every Editor’s delight given his attention to details, his amazing writing skills and creativity in delivery. Most of the young reporters and staff admired him greatly.

We forged a partnership and friendship that worked and produced results. There were times he may be engaged in other assignments that he would call me up to assist him cover some of the stories just as there were times I would do so. In some instances, I even appealed to him to present Treasure FM Sports when I would be away from Port Harcourt.

Just like me, he is not just a News Reporter, he covered and presented Sports, especially from Enugu National Station of Radio Nigeria. From stories we heard from Enugu, Terver was a sport listener’s delight in the Coal City. Little wonder the few times I asked him to present the Sport Programme on Treasure FM, he distinguished himself as one would have expected.

In his early days of posting to Port Harcourt as Network News Correspondent in Rivers State, I was one of the few first visitors to his residence located off The Gambia Street in the Diobu Area of the Garden City.

There I observed at close range his amazing work ethic, creativity in packaging his reports and the constant smile on his face while he does his job. Terver is not one who buckles under pressure. Journalism is a high pressured job defined by headlines and deadlines. But, because of his well organized nature he finds a way to deliver way ahead of the deadline.

Some of the moments I will never forget were when we worked together during the Good Governance Tour of then Minister of Information, Labaran Maku in 2012 under the Administration of President Goodluck Jonathan. It was such an epic experience to have a combination of myself and Terver, supervised by our Boss, the then Head of Reporters’ Corps, Adeyinka Amosu who is now Director, Lagos Operations of the FRCN.

It was a tough assignment because under the workaholic Maku, the Team visited several Federal and State Government projects spread across different local government areas of the State. After such visits, we retired late into the night to work on and file our reports which must make the 7am Network News the following morning. Sometimes, we worked till as late as 2am or 3am to get our report ready for broadcast. It was such a fulfilling experience getting to hear this combined report between Terver and myself.

I learnt how to be calm under the toughest of pressures on the job from him. Terver is not just a reliable colleague, he is also a loyal friend. There were times he called me privately to tell me about pronunciations and correct use of words or sentences either in general news stories or sports. For example, it was Terver that drew my attention to the correct pronunciation of clubs such as Tottenham and Leicester City as well as the use of priority or attention separately instead of combining both words and much more I may not remember right away.

Due to his sterling leadership capabilities, the 2nd Class Upper graduate of Mass Communication from Benue State University, Makurdi (2004) who also holds an MSc in Mass Communication and recently completed the dissertation for his a 2nd Masters degree in International Relations and Strategic Studies was elected Chairman of the revered Federated Correspondents’ Chapel of the Nigeria Union of Journalists in Rivers State.

Leading the elite Correspondent Chapel of the NUJ is no tea party. You have to manage the very best of Journalists who are Correspondents for National Media Organisations. Most of these Journalists are high flyers, highly perceptive and intelligent, so you needed to be on top of your game and in the same breadth be tactful to be successful.

Because Terver is a team player, respectful, loyal, visionary and disciplined, he succeeded in providing leadership for the Correspondents Chapel that earned him enormous respect from the then Rivers State Governor and now Minister of Transportation, Rotimi Chibuike Amaechi and the then Commissioner for Information, Ibim Seminitari alongside top government officials and top brass in the private sector that made the Chapel the beautiful bride.

Born on April 2, 1977 into the family of Mr and Mrs Pius Akase Ikpor of Agbeede, Gaav in Konshisha local government area of Benue State, Terver is a home grown and bred manager of men and resources who navigated his path in life to stardom and success by dint of sheer hardwork and discipline.

Having attended the Saint Patrick’s Primary School Igbo, Agbeede and later proceeding to Government Secondary School Korinya both in Konshisha before completing his secondary education at Mbawuar Secondary School Ihugh in Vandeikya Local Government Area of Benue State, he knows the terrain of the State by heart.

His appointment as Chief Press Secretary to the Governor of Benue State in January did not come to the people of the State as a surprise following his five star performances as the Governor’s Senior Special Assistant on Media. As a result of his sterling performance and outstanding record and delivery the Governor reappointed him as Chief Press Secretary just a day after taking his oath of office for a second term on May 29, 2019.

Governor Ortom being a highly intelligent Administrator who has delivered on his mandate of good governance to the people in the last 6 years and who has admirably defended the interests of the Benue people against unwarranted and wanton attacks has in Terver Akase, an ally he can rely upon for continuity of his policies and projects which has touched directly on lives.

In Terver Akase who before his appointment in Benue State was Principal Editor at the Federal Radio Corporation of Nigeria, FRCN, Headquarters, Abuja in 2014, Governor Ortom has a confidant and reliable associate who would continue to defend the interests of the Benue people in the comity of States in Nigeria.

Married to Mrs Jessica Aver Akase and blessed with four children, Akase whose hobbies include football and reading is well known for his kindness and compassion having assisted many people who are in need. Apart from having what it takes to be a sound leader, he is empathetic and broad minded.

Being a good husband and father, he knows what it means to listen to the cries of women and children who may not be privileged in life to get the basic needs of life such as food, clothing, shelter, health care and education.

Having been exposed to the rigours of academics and worked as a Journalist with almost two decades of experience, he is well grounded and groomed to be the Chief Executive Officer of Benue in the quest to continue the march by Governor Ortom to reposition the State to actualize her full potential.

From my years of friendship and interaction with him, Akase is not a man given to frivolities and inanities. He is one committed to the general good and would give his all to ensure that people have smiles on their faces. Being a go-getter, he does not focus on challenges but seeks solutions to such challenges.

Obviously areas such as Education, Health, Education, Economy and Industrialization, Agriculture and other spheres that would dramatically improve the lives and standard of living of the Benue People would top his priority list.

I may not be a Benue native but having keenly watched Akase from when we met in Port Harcourt many years ago, I can say with all assurances that if given the chance to govern the State, it will be a win-win situation for all stakeholders and people of Benue State.

From what I know of him, he is a staunch advocate of Brian Tracy’s quote ‘Spend eighty percent of your time focusing on the opportunities of tomorrow rather than the problems of yesterday.” He is also a believer in Zig Ziglar’s assertion, “Success means doing the best we can with what we have. Success is the doing, not the getting; in the trying, not the triumph. Success is a personal standard, reaching for the highest that is in us, becoming all that we can be.”