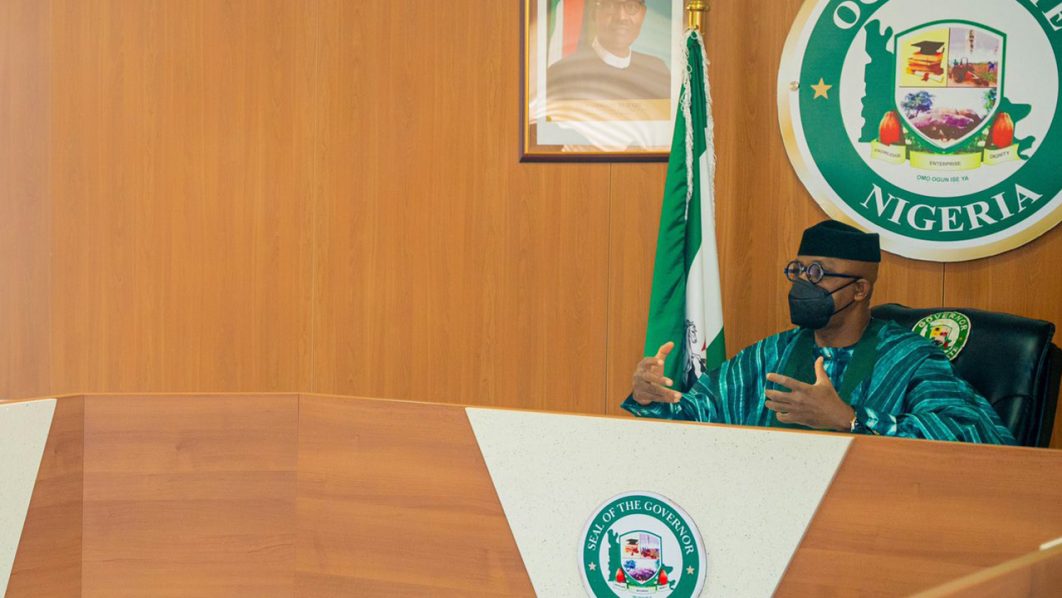 Ogun State Governor Dapo Abiodun has canvassed for the establishment of more passport points to ease the collection of passports in the state.

Abiodun specifically said the state deserves to have at least four passport offices, each in Ilaro, Abeokuta, Sagamu, and Ijebu-Ode.

The governor, who spoke at Oke-Mosan, Abeokuta while receiving the Assistant Comptroller-General of Immigration, Doris Braimah, in his office, noted that the state had become the fastest growing economy in the country and continued to experience an influx of people.

He said that aside from the passport office in Abeokuta and Sagamu, the state deserves to have additional points in Ilaro and Ijebu-Ode.

He said: “Ogun State deserves to have like four passport offices, one in Ilaro, Abeokuta, Sagamu, and Ijebu-Ode because we are the industrial capital of the country.

Abiodun commended the Comptroller-General of Nigeria Immigration Service (NIS) for creating an additional command in the Idi-Iroko area of the state.

He also appreciated Braimah, who will be retiring on May 5, 2021, after 35 years of meritorious service, for her dedication, resourcefulness, and diligence.

“I want to thank your Comptroller-General for creating an additional command. We are really appreciative. If I would describe you, I will describe you as someone who is dedicated, focused, resourceful, creative, committed, diligent, and above all, a very professional officer. You have demonstrated that you are a worthy ambassador of the Nigeria Immigration Service,” the governor added.

Earlier in her remarks, Braimah appreciated the Ogun State Government for the support she enjoyed while serving as the comptroller of the state command.

The retiring Immigration chief described the people of the state as friendly and hospitable.

She also used the occasion to admonish young officers in the service to remain committed and dedicated to duties.