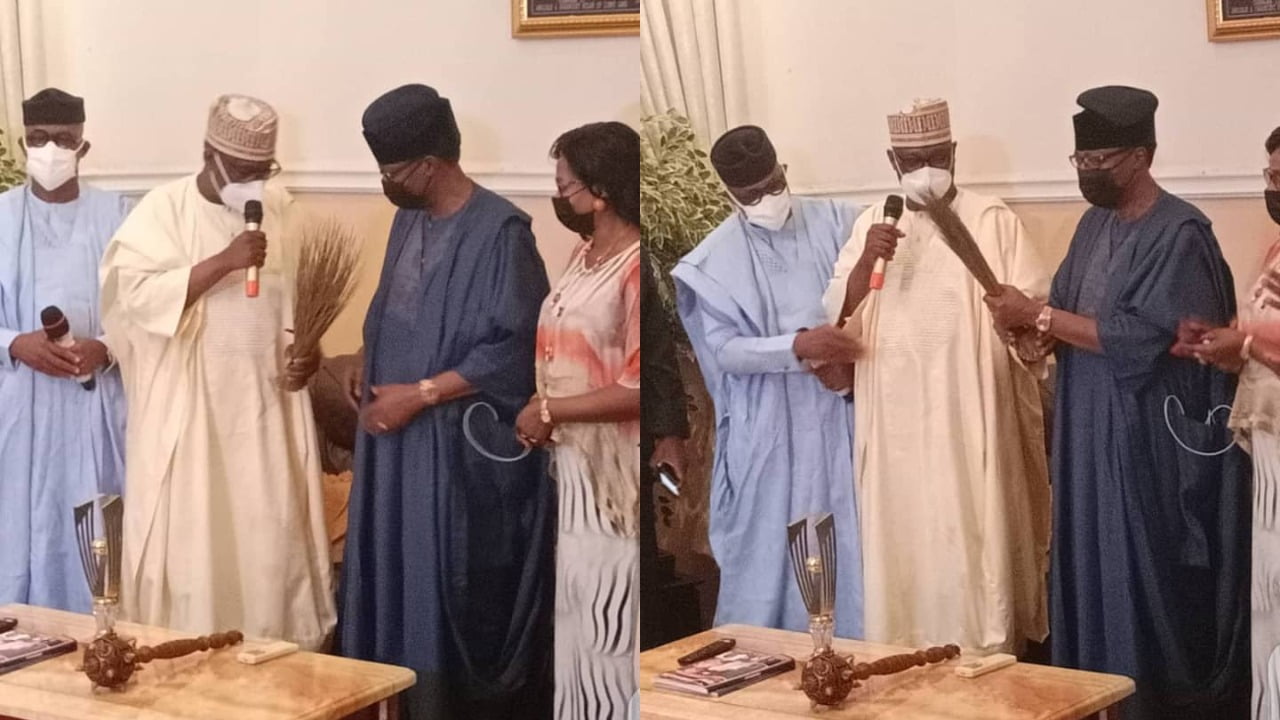 Former Ogun State Governor, Otunba Gbenga Daniel (OGD) has been formally received into the All Progressives Congress (APC) by five governors of the party, who were led by their colleague in the state, Dapo Abiodun.

The governors, Rotimi Akeredolu of Ondo, Abdullahi Ganduje of Kano, Abubakar Bello of Niger, Abubakar Atiku Bagudu of Kebbi as well as Bello Matawalle of Zamfara, were in Ogun State for a peace meeting over the killing of Yewa people by suspected Fulani herdsmen.

But, after the meeting held at the Obas Complex in Okemosan, Abeokuta, the governors headed for the Asoludero residence of Daniel in Sagamu, to formalise his defection from the Peoples Democratic Party (PDP) into the APC.

During the event, the APC governors, in their separate remarks, expressed happiness that the two-term former governor is joining the ruling APC.

In his words, Daniel said his decision to join the APC was a well-considered one.

According to him, anybody who is patriotic at a time like this would join the government to find a solution to the many challenges facing the nation.

He appreciated the governors for coming to Ogun State in order to restore peace and normalcy to all troubled areas.

Meanwhile, the governor of Kebbi presented a broom to Daniel to symbolise his defection to the ruling party.

Buhari vows to identify, deal with those calling for Nigeria’s breakup