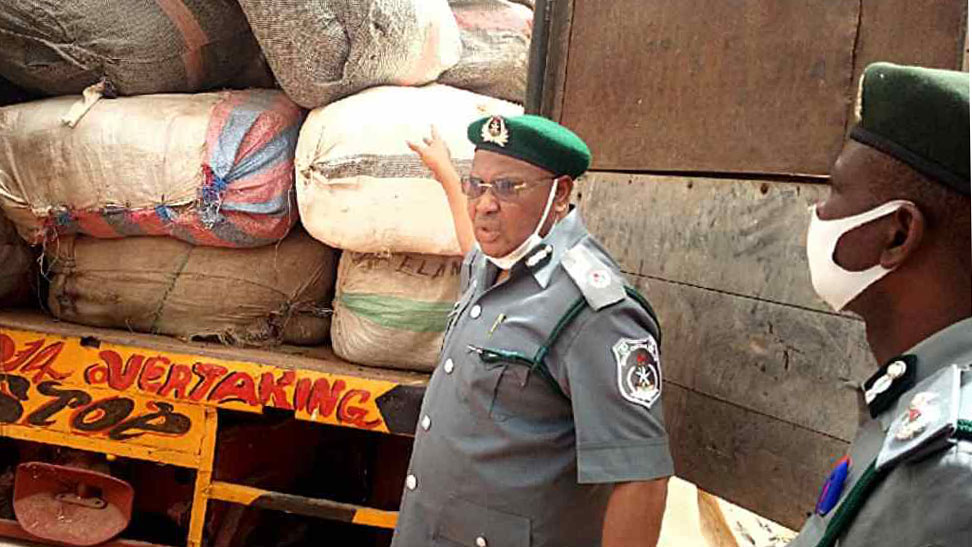 Kebbi State Customs Area Command has intercepted and seized no fewer than 333 packs of cannabis sativa, two sacks of diazepam drugs and 121 sacks of power snuffs along the border area in the state.

He added that they were determined to ensure that economic saboteurs were not given a breathing space.

Their dogged efforts, he claimed, resulted in 227 seizures last year, while the items were intercepted at different locations in Kamba, Kangiwa and Yauri axes of the state.

Given a breakdown of their achievements, the comptroller said that 333 packs of 1kg of cannabis sativa, two sacks of diazepam 5mg drugs and 121 sacks of power snuff were also confiscated, while 3,999 bags of 50kg of foreign fertiliser and 2,021 bags of 50kg, 19 bags of 100kg and 20 cartons of 25kg each of foreign parboiled rice.

Six hundred and seven bales of fairly used cloths and 68 sacks of new and used foot wears, among others.

“Our achievement was as a result of hard-work, due diligence and constant vigilance exhibited by our officers and men in the field, and, of course, with the support of other units in the service and relevant security agencies through mutual collaboration and intelligence sharing,” he said.