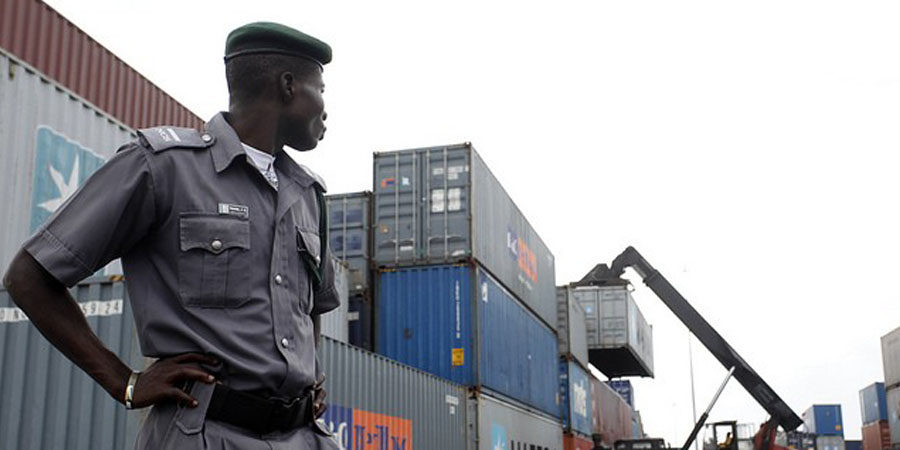 The Nigeria Customs Service (NCS) Federal Operations Unit Zone ‘B’, says it has seized smuggled goods with Duty Paid Value of N268.37 million since the beginning of 2021.

The Comptroller, Mr Al-Bashir Hamisu, made the disclosure on Thursday in Kaduna in an interview with the News Agency of Nigeria (NAN).

According to him, the unit has made 111 seizures in January, 38 in February and 90 seizures as at March 20.

He disclosed that 2,514 bags of foreign per boiled rice,1,107 kegs of vegetable oil, 293 bales of second hand clothing and 43 vehicles were seized from smugglers within the period.

Hamisu explained that the duty paid value of the goods seized in January was N97.30 million; N54.99 million in February and N116.07 million in March.

According to him, the success was made possible through collaboration with sister agencies.

“The increase in our capacity and efficiency is as a result of the synergy we are enjoying among ourselves,” he added.

The Comptroller said that four persons were arrested within the period and were granted bail.

“Their lawyers applied for bail and were granted bail after meeting the conditions for the bail, but we will continue with the cases,” he said.

Hamisu assured that the Customs service would continue to be innovative and ensure that smugglers did not escape and harm the economy.

“I call on those engaged in smuggling to desist and embrace legitimate businesses.

“Smuggling is a wasted investment, there are better ways of investing money where profit can be made without any injury to the nation’s economy and security.

“I will advise the smugglers to have a rethink, investing in smuggling doesn’t guarantee continuity, the customs service will everyday be innovative, and there is no way they can escape from us,” he said.

He called on patriotic Nigerians to support the Customs service with relevant information that will assist the personnel to carry out their duties successfully.

He also cautioned informants who connive with smugglers to desist, as anyone caught will be dealt with according to the law.

“We are appealing to them to have a rethink and be patriotic, because smuggling destroys everybody.”

Hamisu warned commercial vehicle owners who allowed their vehicles to be used for smuggling, that the vehicles would be seized and forfeited to the Federal Government.

“So, those who have transport services should tell their drivers not to be taking contraband items, so that they will not lose their investment, because the vehicle and goods will be forfeited to government.”