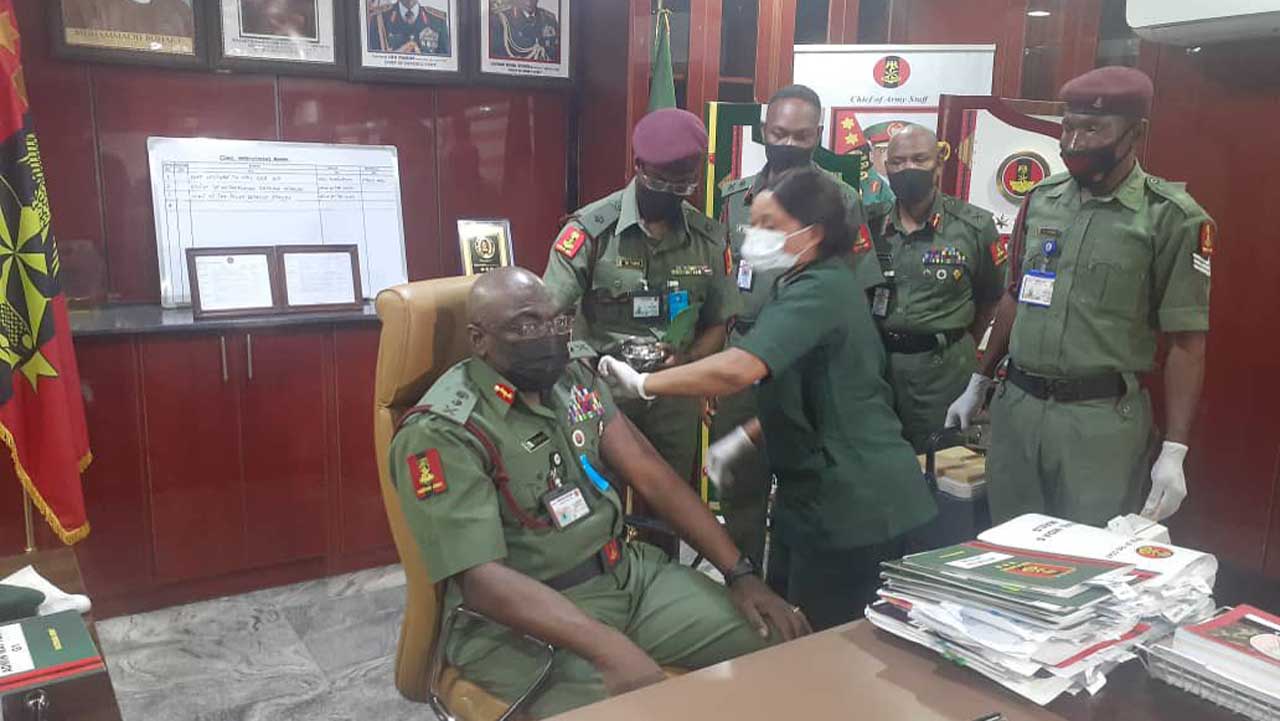 Utsaha, alongside other army officers, received the dose following the launch of the first phase of the vaccination for health workers and frontline public servants in the state.

While receiving the vaccine, the commander charged officers, men, and the entire barrack community to avail themselves the opportunity and follow the necessary guidelines “in order to defeat the virus which had infected over 190 million people globally since December 2019”.

The commander, therefore, appreciated the Ondo State Government for deeming the barrack community worthy to have the vaccine in Owena Cantonment.

In his remark, Dr Adeyemi Osowe, representative of the Ondo State Primary Health care Development, disclosed that the Astrazeneca vaccine arrived in Nigeria some weeks ago, and it would be administered in two doses.

He explained that the vaccine was 80 per cent effective against the virus and 100 per cent preventive against serious illness and hospitalisation.

NNPC is not living up to its potential, blame the FG