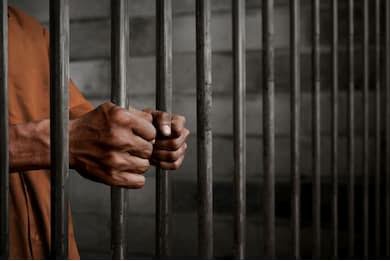 A medical practitioner with the Adamawa State Hospital Service Management Board (HSMB), Ibrahim Mustapha, has been sentenced to 54-year imprisonment by Yola High Court in Adamawa State for allegedly practicing with fake documents.

Justice Nathan Musa also ordered the court registry to auction the man’s property and the money realised be remitted into the state central treasury.

It was gathered the Department of State Services (DSS) had, in 2019, arraigned the convict for securing employment with fake documents.

According to the prosecutors, Mustapha had secured employment with fake documents and risen to the post of Principal Medical Doctor with many successful operations on innocent patients to his credit.

He was in December 2019 arraigned and sentenced to 54-year jail term. Not satisfied with the court verdict, he headed for the court of appeal, Yola, who also upheld the decision of the lower court.

During the trial, the state/applicant, through its senior counsel, M.A Adamu, filed a motion on notice in pursuant to section 42(1)(a) of the state proceeds of crime law 2018, prayed the court for the forfeiture of the property including, Mercedes Benz, Toyota Corolla saloon, plot of land and a Samsung tablet.

Meanwhile, an affidavit in support of the motion by D.I. Kulthu informed the court that the items, being proceeds of crime, were recovered and are “currently in the custody of the DSS.”

The case was the first to be so determined under the provisions for confiscation, forfeiture and management of assets derived from unlawful activities in a law enacted by the House of Assembly in 2018.