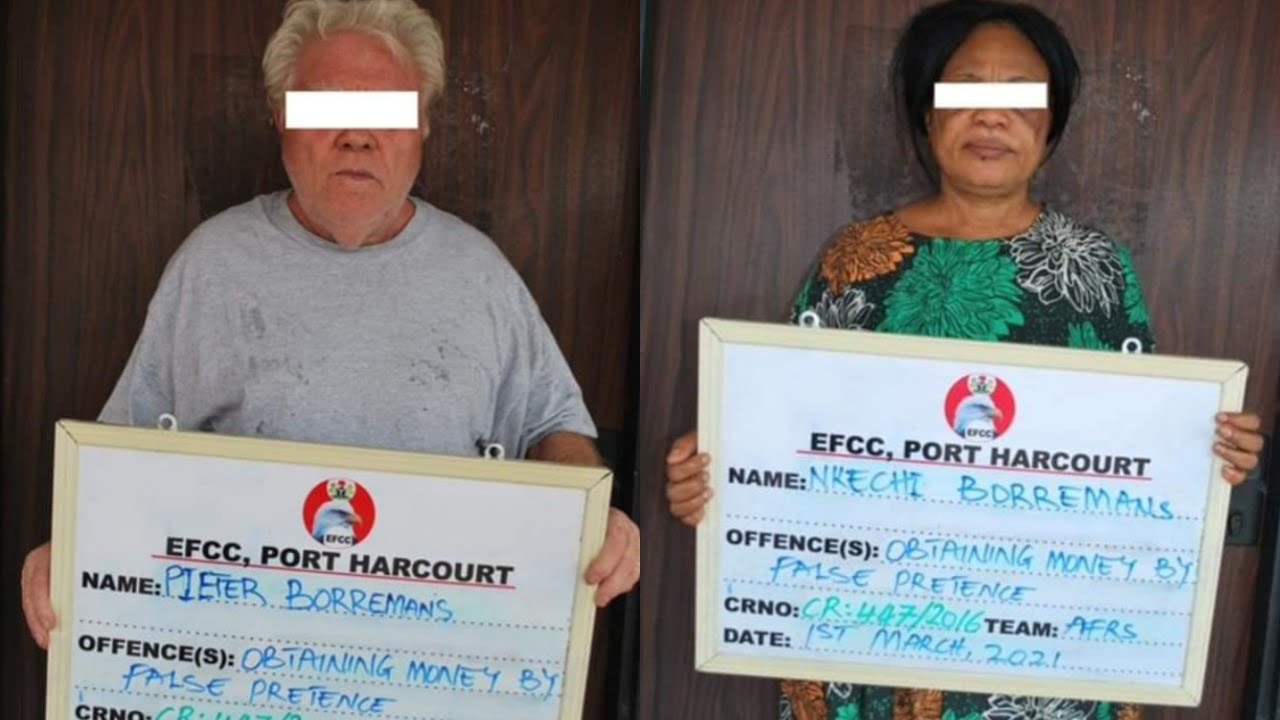 Borremans and his wife allegedly swindled the sum of $330,000 from two companies in in the state, Jackkyson Multi Services Limited and Alot General Services Limited, in pretense to purchase marine tanker vessels for them.

The Economic and Financial Crimes Commission (Dutch couple), in Port Harcourt, is trying the couple.

The trial Judge, E. A. Obile, had, on the first day of hearing, ordered that they be remanded in EFCC custody pending the outcome of their bail application next adjourned date, yesterday, March 18, 2021.

However, a melodrama played up at the court, when two lawyers Contested, who actually was the substantive defence counsel to the two suspects. The seeming actress and actor in the drama were Barr Daniella N. Eziokwu and Barr H. E. Chukwu, who both claimed to be representing the two suspects, Mr. and Mrs. Peter Borremas, in the case of a- two-count charge preferred against them by EFCC.

Eziokwu had earlier claimed to be the one authorised by the suspects to defend them and file application for their bail, while H. E Chukwu, in his claim, maintained that he had earlier authorised his colleagues Okwanya to file a bail application on his behalf, for his clients Mr. and Mrs. Borremas.

He further expressed surprise that after filing the bail application, Okwanya went behind to withdraw same, and appealed to the court to accept his verbal application for his clients’ bail.

However, Justice Obile rejected his application on grounds that he would not entertain the verbal application, and therefore, ordered that the suspects be remanded in the custody of the Correctional Centre, and adjourning the matter till March 31, 2021, for further hearing.

Admonishing the counsels, Justice Obile urged legal representatives to maintain integrity, while rendering services to their clients. The EFCC was represented in the case by Friday O. Amama, who did not oppose the adjournment.