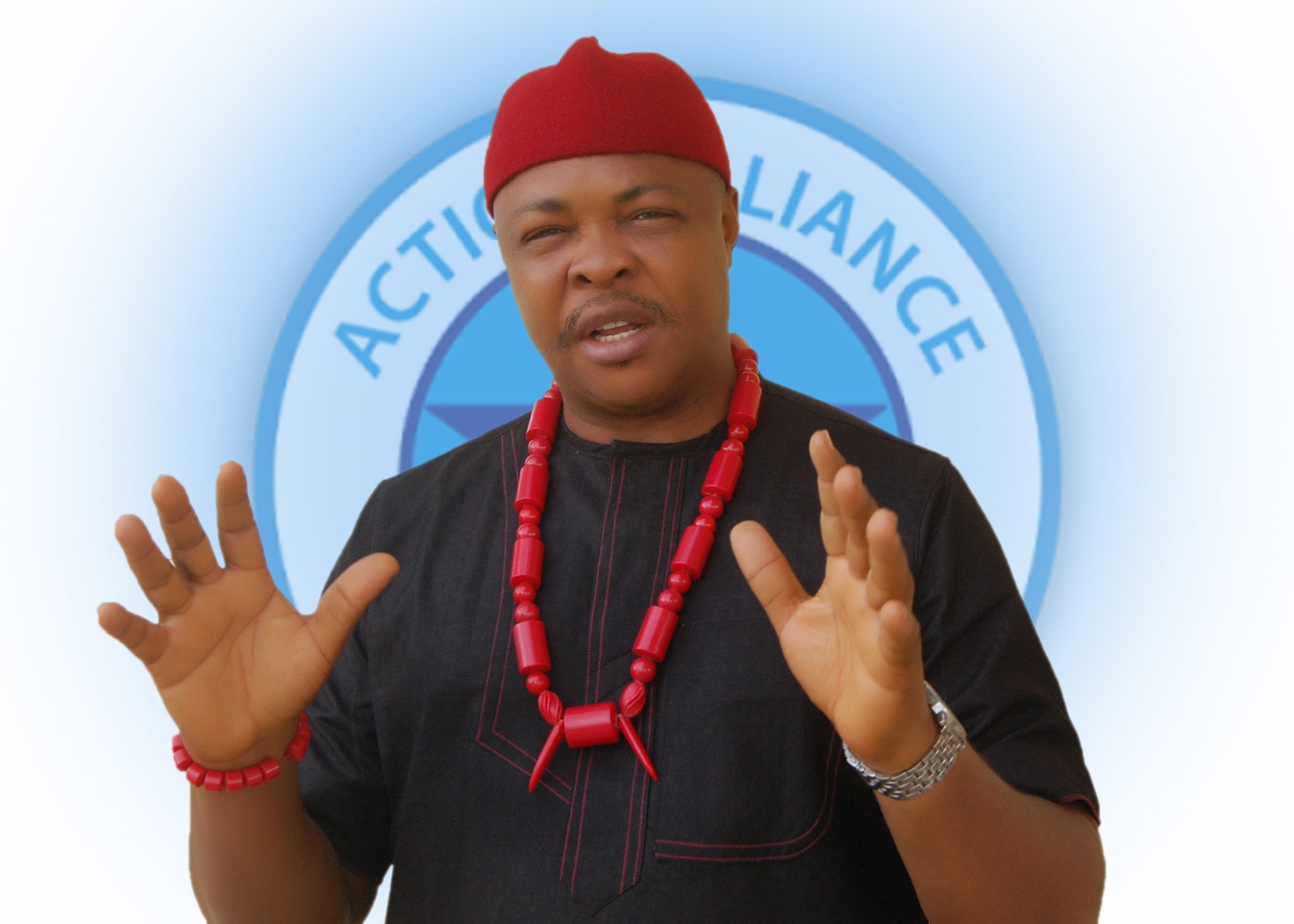 The former National Chairman of the Action Alliance (AA), Mr Kenneth Udez, was on Tuesday, re-arraigned before an Osogbo Magistrates’ Court over alleged electoral fraud, forgery.

Also arraigned alongside Udeze were former National Secretary of the party, Mr James Vernibe and one Ogunmodede Oluwagbemi.

Recall that Udeze was arraigned over an alleged to have replaced the name of the duly elected governorship candidate of the party in Osun State with another person during the 2018 governorship election held in the state.

Also, Udeze was alleged to have fraudulently altered the documents of the Independent National Electoral Commission (INEC) and presented the same as the original.

The embattled former National Chairman of AA had earlier been remanded at Ilesa prison custody after he was arraigned before the court.

The trio was re-arraigned on the same three-count charge on conspiracy, fraud and forgery.

The accused persons, however, on Tuesday pleaded not guilty to the charges preferred against them.

Udeze, who was recently expelled by the leadership of the party, was arrested by operatives of Zone 11 of the Nigeria Police Force headquarters in Osogbo.

Appearing before the court on Tuesday, Udeze and other accused persons were granted provisional bail by Magistrate Adebola Ajanaku who presided over the case.

Magistrate Ajanaku also ruled that all the sureties standing in for the accused persons should appear in court on May 25, 2021 being the next adjourning date.

According to the charge sheet read in court, Udeze and other accused persons had in July 2018 conspired to commit felony and fraud, thereby committing an offence contrary to and punishable under section 516 of the criminal code, Laws of Osun State.

The offence was said to be contrary to the provisions of section 468 and punishable under section 469 of the criminal code, Laws of Osun State.

However, counsel to the accused persons, Mr M O Olaniyan prayed the court to allow his clients enjoy the bail already granted them by the court.

Although, the Police Prosecutor, Mr Olufemi Olanipekun opposed the bail application, the court held that the accused persons be allowed to enjoy the bail already granted them.

Caution those seeking Nigeria’s break up – Hamzat to clerics