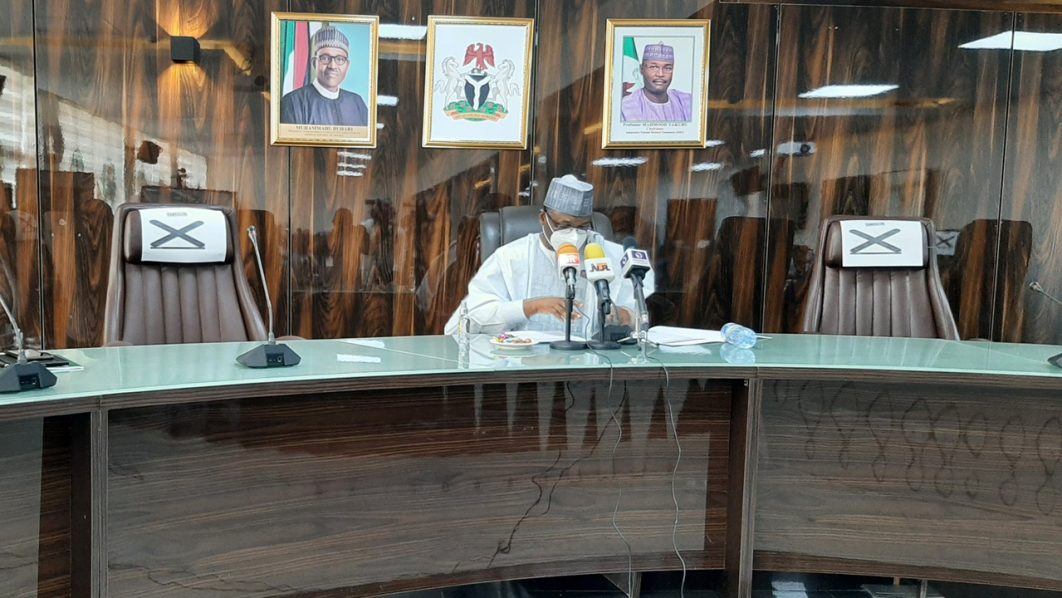 The Independent National Electoral Commission (INEC) in Akwa Ibom State had taken Ogban to court on two-count of tampering with results of the northwest Senatorial District in favour of All Progressives Congress (APC) during the 2019 general election in the state.

Ogban, who is a soil scientist and lectures at the University of Calabar, acted as the collation/returning officer during the National Assembly elections. He was prosecuted for manipulating and falsifying the election results in Oruk Anam and Etim Ekpo local government areas in favour of APC.

In his ruling, the Presiding Judge, Justice Augustine Odokwo, after reading the judgment for about two hours, sentenced Ogban to 36 months of correctional service. The judge also ordered Ogban to pay a fine of N100,000 for counts 2 and 1, after the accused pleaded for leniency.

Ogban had pleaded for mercy on the premise that he has dependents, including a 90-year old mother, to take care of, adding that he was a respectable member of his community and a very valuable and sought after lecturer in the Department of Soil Science, both in the University of Uyo and the University of Calabar.

“If I lose my source of income, it means all of my dependents I have mentioned will suffer, especially my aged mother.

“This is an eye-opener for anyone who participates in local, state or national activities to do so with dexterity and not take anything for granted to avoid an innocent person being embarrassed.

“I plead that you grant me 100 per cent mercy and allow me to go and continue with my responsibilities,” Ogban had pleaded.

Earlier, counsel to the defendant, Anthony Ekpe, had prayed the court to pardon the accused, saying the act for which Ogban was found guilty had no effect on the said elections.

He argued that as a professor of Soil Physics and Conservation, the accused was highly sought after in the academic world and should not be deprived of his freedom.

“It was just a blip in the entire election process and cannot be said to have been to the detriment of the party said to have suffered. It could just as well have been an oversight or a mistake.”

Ekpe hinted that the accused would file for an appeal.