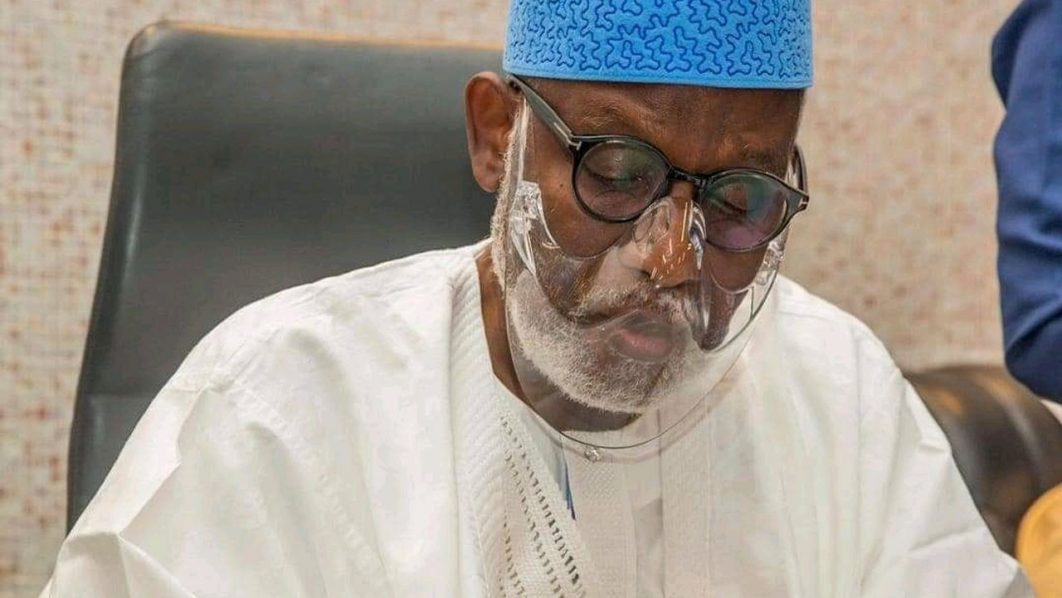 The Federal High Court, Abuja, on Friday, adjourned a suit filed by the Ondo State Chief Judge, Justice Oluwatoyin Akeredolu against the state governor and five others over a viral video made by a citizen of the state, Olupelumi Fagboyegun.

Justice Inyang Ekwo fixed the date after counsel to the Attorney General of the Federation (AGF), T. A. Uchegbu, prayed the court for an adjournment to enable her respond to the processes served on her by counsel to the judge, Jibrin Okutepa, SAN.

While the chief judge is the plaintiff, the Attorney General of the Federation (AGF), the National Judicial Council (NJC), Governor Rotimi Akeredolu, the Ondo State Attorney General (AG), the state’s House of Assembly and the Inspector General of Police are 1st to 6th defendants respectively in the suit marked: FHC/ABJ/CS/2016/2021.

At the resumed hearing, Okutepa informed that all the defendants in the suit had been served with the originating process and motion on notice within three days in line with the court order made on Feb. 25.

“Therefore, we are here with our motion on notice,” he said.

However, Uchegbu, who acknowledged being served, said she came in contact with the case file in her office the previous day (on Thursday).

She urged the court to adjourn the matter so that her office could respond to the applications served on it.

The News Agency of Nigeria (NAN) observes that the 2nd to 6th defendants were neither represented in court nor filed any applications in response to the processes served on them.

The judge, who cautioned against acts that could delay proceedings in suit, adjourned the matter for the motion on notice to be taken.

“Upon perusing the prove of service in the court, I observe that all the defendants have been serve.

“The adjournment is at the instance of the defendants,” he said.

Justice Ekwo had, on Feb. 25, restrained the governor and all the defendants from taking any further steps in relation to the alleged probe of the state’s Chief Judge, Justice Akeredolu, over the viral video alleged to have been made by Fagboyegun.

The judge gave the order in a ruling on an ex-parte application filed by Justice Akeredolu, who alleged, among others that the decision by the state government, through the former Attorney General (AG), Charles Titiloye, to refer the allegations made against her and the state’s judiciary by Fagboyegun in the viral video to the House of Assembly for investigation, was an illegal act designed to remove her from office.

Justice Ekwo particularly restrained the Governor, the AG and the House of Assembly from proceeding with the planned probe, and equally barred the AGF, NJC and the IGP from acting on any report submitted to them by the Ondo State government pending the determination of the main suit.

The judge, who granted all the four principal reliefs contained in the application moved by the plaintiff’s lawyer, Okutepa, ordered the service of all originating processes in the suit on the defendants and adjourned till March 5 (today), 2021 for hearing of the plaintiff’s motion on notice.

Okutepa, while moving the application, noted that the Ondo AG had, after claiming to have investigated Fagboyegun’s allegation, without hearing from the CJ, made public a report where he said he found that Fagboyegun was granted bail on March 18, 2018 when he was arraigned before the Magistrate Court and was never detained as he claimed.

The lawyer wondered why Titiloye later referred the case to the Ondo State House of Assembly for further investigation even when he claimed Fagboyegun lied in his video.

“We fear that if there is no intervention of the court, we think it is a ploy to get her out of office. We believe it has political undertone,” the lawyer said.

It would be recalled that Fagboyegun, who claimed to be a stepbrother to the state’s chief judge, in the viral video, had alleged that Justice Akeredolu instigated his detention for three years for going to their father’s house.

Immigration officer to face prosecution for assault on colleague